Panetta: No US troops on the ground in Mali 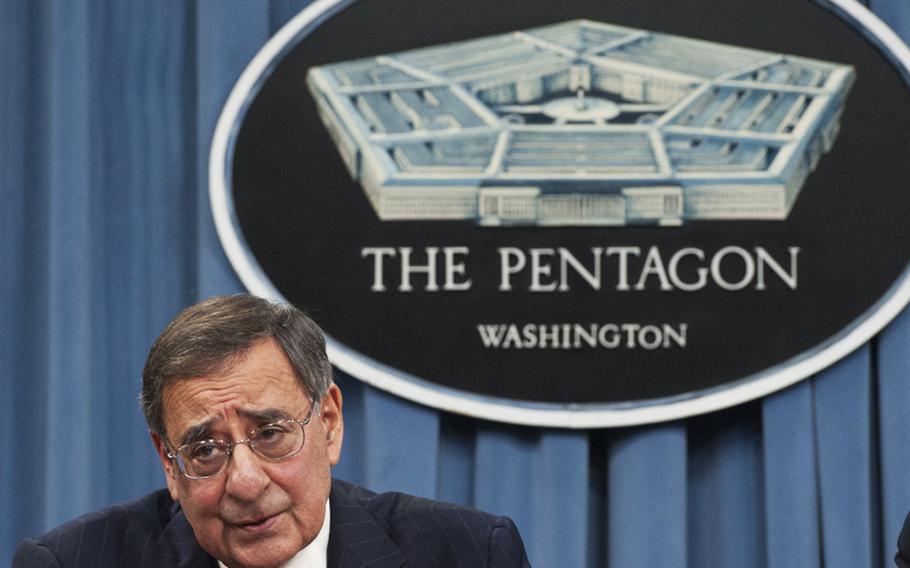 Secretary of Defense Leon E. Panetta addresses reporters during a press briefing at the Pentagon in Arlington, Va., Jan. 10, 2013. (Erin A. Kirk-Cuomo/Department of Defense)

LISBON, Portugal &mdash; The U.S. will not send troops to Mali and has not decided what additional support, other than intelligence sharing, it will offer France in its military campaign, Defense Secretary Leon Panetta said Tuesday.

&ldquo;There is no consideration of putting any American boots on the ground at this time,&rdquo; he said during a joint press conference with the Portuguese minister of defense. &ldquo;We commend the French for this effort trying to go into Mali to stop AQIM, these terrorists and members of al-Qaida, from being able to develop a base of operations in Mali.&rdquo;

Panetta told reporters Monday that the U.S. will provide assistance to France and was considering logistical support and intelligence support &ndash; which could include refueling tankers, airlift and drones &ndash; to the French effort. Ultimately, Panetta said, he hopes the African nations will deploy a presence to Mali to keep it secure and free from al-Qaida influence.

French troops have entered Mali in anticipation of a possible land assault, The Associated Press reported.

Later Tuesday, Panetta commended France on its efforts in Mali, and stressed that gaining stability will not be easy.

&ldquo;Any time you confront an enemy that is disbursed and that is not located necessarily in one area, makes it challenging. And the ability to go after that enemy and be able to stop them from moving forward represents a difficult task. But it is a necessary task,&rdquo; he told a press conference in Madrid, Spain. &ldquo;I believe the international community will do all we can to be able to assist them in that effort.&rdquo;

Panetta declined to assess the French operation so far, but said he believes the end goal is clear.

&ldquo;As far as I&rsquo;m concerned, the fundamental objective is to make sure that &hellip; al Qaeda never establishes a base of operations in Mali, or for that matter, anyplace else,&rdquo; he said.

Portuguese Defense Minister Jose Pedro Aguiar-Branco said the situation in Mali poses a threat to the peace and security in the region and in Europe. He said European leaders will meet this week to discuss how to proceed.

Spain has politically supported the French operation and will consider additional requests for support, Moren&eacute;s said in a joint press conference with Panetta at the Spanish ministry of defense. Success in Mali is of particular importance to Spain because of the country&rsquo;s geographic proximity to northern Africa, Moren&eacute;s said.

During the joint press conference, Panetta thanked the Spanish people for their support and sacrifice in Afghanistan. Spain buried its 100th casualty from the war Tuesday.

&ldquo;You&rsquo;ve paid a high price,&rdquo; Panetta said. &ldquo;As we reach a turning point after a decade of war&hellip; I want the Spanish people to know that America is forever grateful.&rdquo;