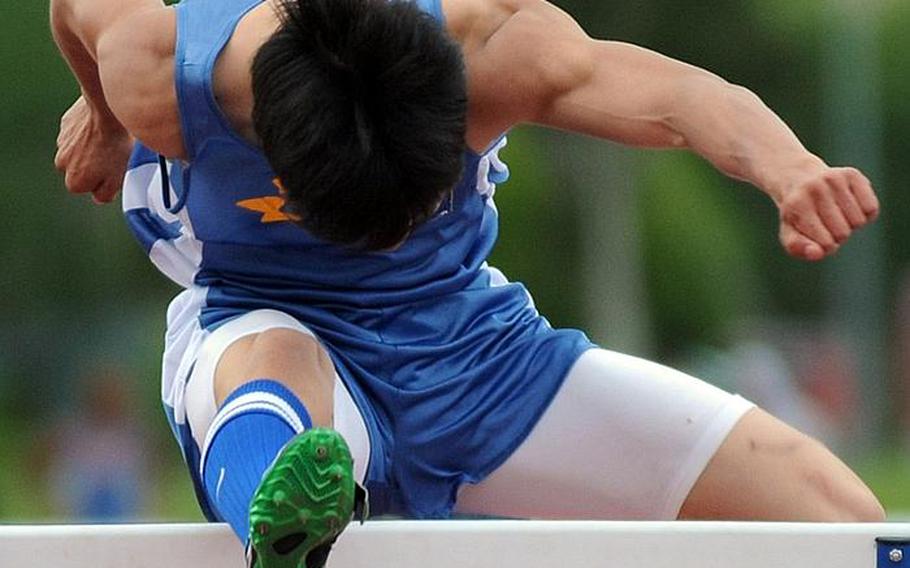 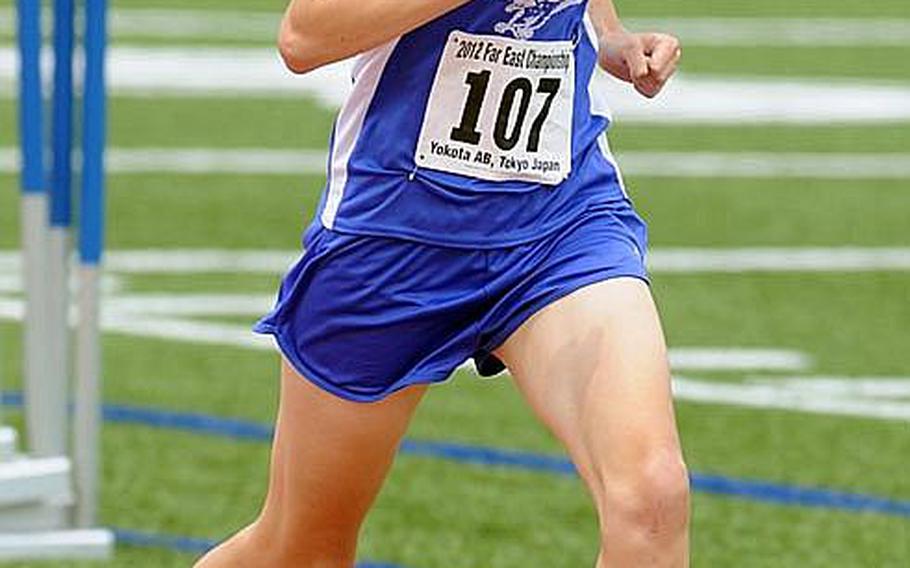 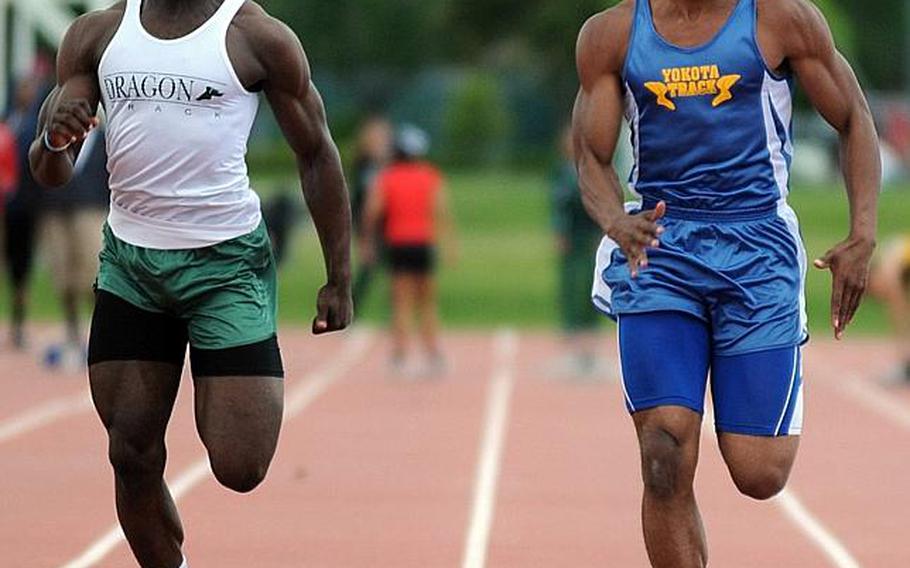 Yokota's Preston Brooks, right, won both the 100 and 200 meters at the Far East Track and Field Championships, beating competitors such as Kubasaki's Jarrett Mitchell. (Dave Ornauer/Stars and Stripes)

Brooks ran the table in the 100- and 200-meter dashes, Gustafsson did the same in the 110 and 300 hurdles and Henderson captured the distance triple crown, capturing the 800, 1,500 and 3,000 runs last week at Yokota High School, in repeating their feats of a year ago.

Each has been named Stars and Stripes Pacific high school track and field athletes of the year.

Last Thursday at Yokota&rsquo;s Bonk Field, Henderson not only won all three events, she beat the meet-record times set in 2010 by her former teammate Siarria Ingram.

Henderson, a senior who plans to walk on at Washington State, beat out a competitive field including multitalented Stefani Loisel of Guam High and Kadena&rsquo;s Pacific record-breaking relay teams.

Gustafsson did his own rewrite of Far East meet records in the 110 and 300 hurdles.

In the Kanto Invitational on May 12, also at Yokota, Gustafsson became only the third Pacific athlete to run the 110 in under 15 seconds, clocking 14.93.

Brooks ran 10.93 in the 100 in the same Kanto Invitational, second-fastest in the region this season.

&ldquo;It&rsquo;s nice to plug anybody into an event and always get 10 points out of it,&rdquo; Popielski said. &ldquo;I&rsquo;d take 10 more of him, no problem.&rdquo;