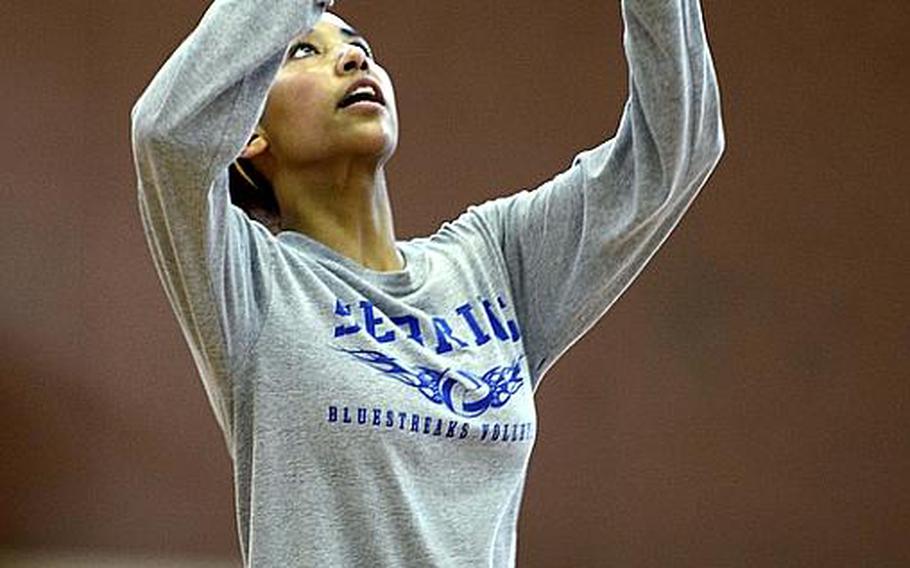 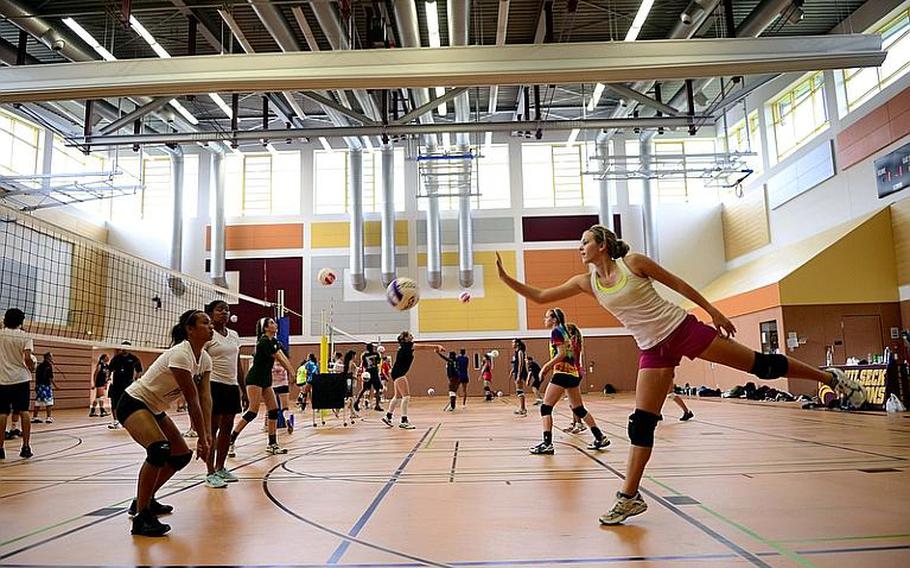 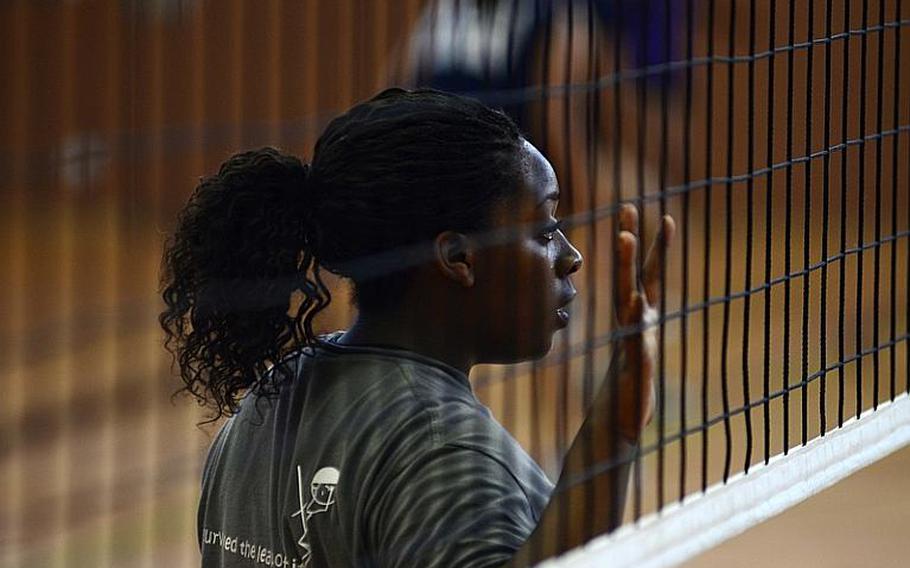 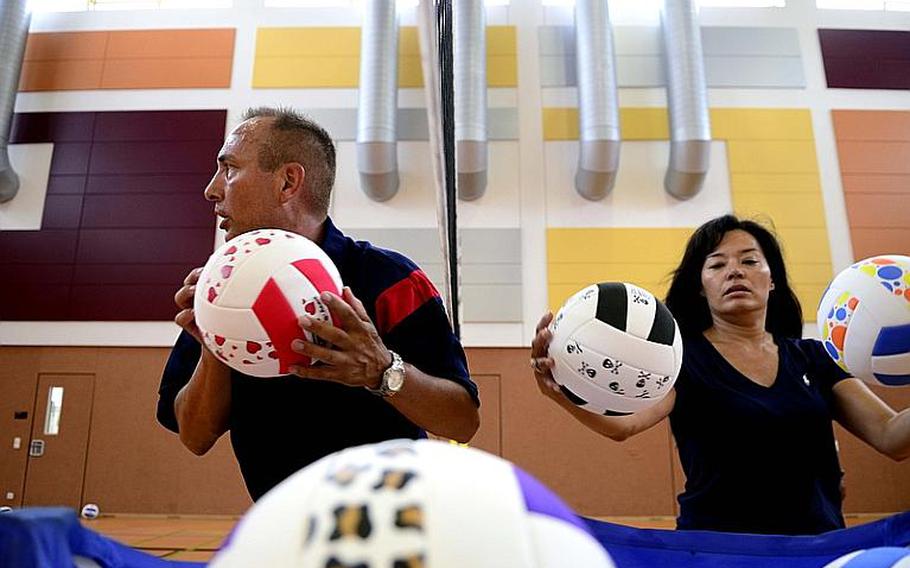 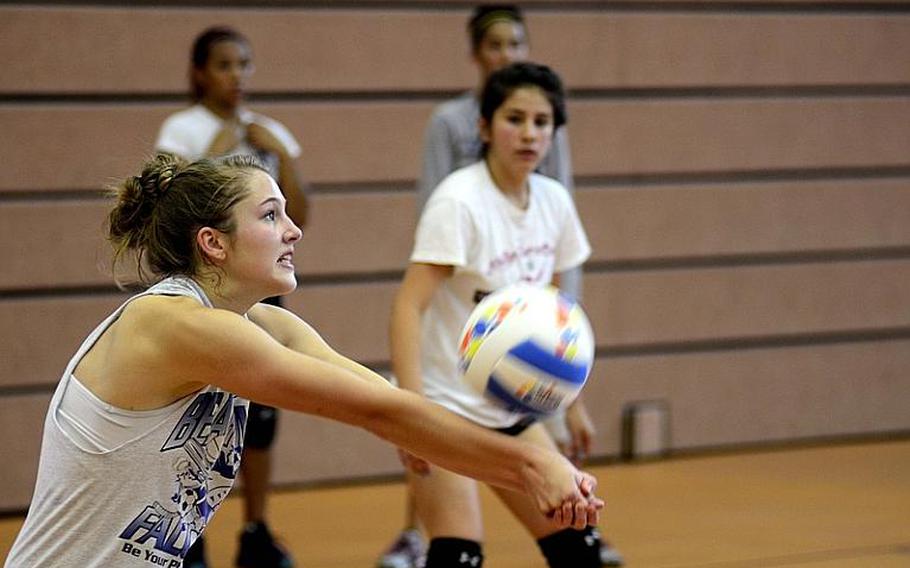 &ldquo;We initially thought we&rsquo;d have 100 or so,&rdquo; said Swenty, who welcomed 74 campers last year. &ldquo;Then in late May there was a surge of interest and I began to add courts and coaches. I don&rsquo;t want to be in the position of having to turn a kid away.&rdquo;

Keaton Pope, 16, who played last year at Bamberg but who&rsquo;s moving to Norfolk, Va., this year, said the drastically enlarged number of campers added something to the 2011 camp the 2010 version didn&rsquo;t have.

&ldquo;The principles are the same,&rdquo; Pope said, &ldquo;but you have more people you can learn from.&rdquo;

The process of adding courts led to an added camp activity for many of the campers &ndash; a three-mile round trip Volksmarch from the high school where two courts are in use for the two daily three-hour sessions and where the campers spend the night &ndash; and the supplemental courts at the Memorial Fitness Center here on this sprawling cavalry post.

Monday, the camp&rsquo;s hikers made the trip in a gentle rain, but few seemed to mind.

Payoff is the main point of the camp, according to staff coach Jamie Coate of Bamberg, a former setter at Georgia Tech who played professionally in Venezuela, &ldquo;The camp provides skills development,&rdquo; Coate said, &ldquo;for players at all levels.&rdquo;

One of those levels is rank beginner, according to C.J. Calabrese, 16, whose &ldquo;Vicenza football&rdquo; T-shirt bore a shoulder-pad size band of dampness from his morning stroll in the rain.

&ldquo;Six or seven hours,&rdquo; Calabrese, a former lineman for the Cougars and one of the nine boys attending this year&rsquo;s camp, replied when asked how long he&rsquo;s been playing the game. &ldquo;My best friend told me I should try (volleyball). We&rsquo;re going to have a great season.&rdquo;

In DODDS-Europe, only schools in the Mediterranean field boys&rsquo; teams. But that didn&rsquo;t stop male campers from Ramstein and Vilseck from attending and improving the skills they use playing club ball in Germany.

Swenty explained that the benefit of boys-only is the chance to use nets set at the eight-foot height boys use. The girls&rsquo; nets are six-and-half to seven inches lower.

The grouping, initially based on tests of the campers&rsquo; vertical leap, ball-handling ability and potential for growth, allows players to be pushed by others who perform at their level.

&ldquo;The most important thing is to keep a kid in the right group,&rdquo; Swenty said. &ldquo;If they&rsquo;re on the edge in a group, it&rsquo;s amazing how quickly they&rsquo;ll be pushed to the next level.&rdquo;

The next level also applies to the camp as a whole, said Swenty, who pointed out the camp is more than drills and scrimmages.

&ldquo;We&rsquo;ll have sessions during the week on strength and conditioning, nutrition and fitness and playing ball in college,&rdquo; he said.

For now, however, the emphasis for most is on this year.

&ldquo;I&rsquo;m hoping to improve,&rdquo; Hohenfels junior Kiana Glenn said when asked why she was sacrificing a week of summer vacation to the camps. &ldquo;Maybe I can bring something back to help my team.&rdquo;