Rota wins round one against Sigonella 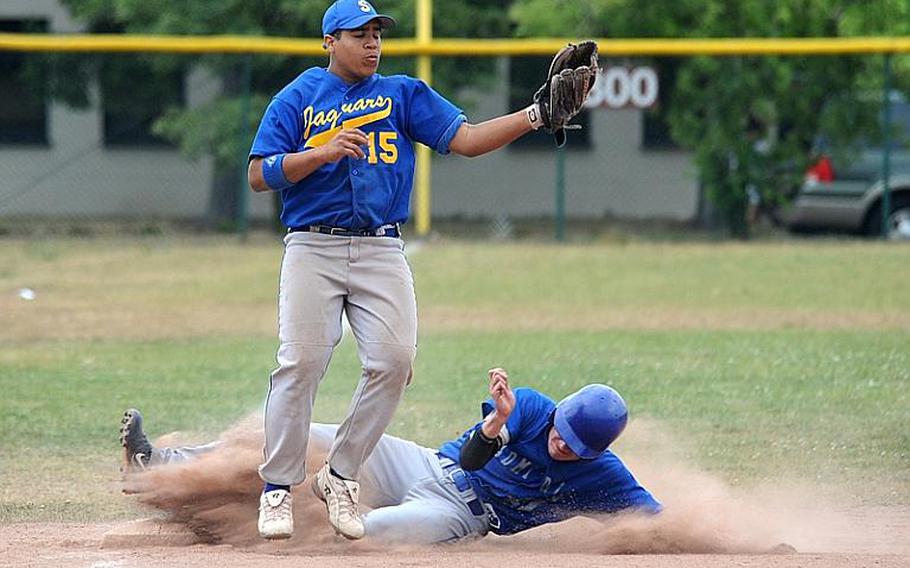 Buy Photo
Rota's Kevin Banks slides into third as Sigonella's Franco Garcia pulls down a throw from the outfield in opening-day Division III action at the DODDS-Europe baseball championships in Ramstein on Thursday. Rota won the game. 8-6. (Michael Abrams/Stars and Stripes)

Buy Photo
Rota's Kevin Banks slides into third as Sigonella's Franco Garcia pulls down a throw from the outfield in opening-day Division III action at the DODDS-Europe baseball championships in Ramstein on Thursday. Rota won the game. 8-6. (Michael Abrams/Stars and Stripes) 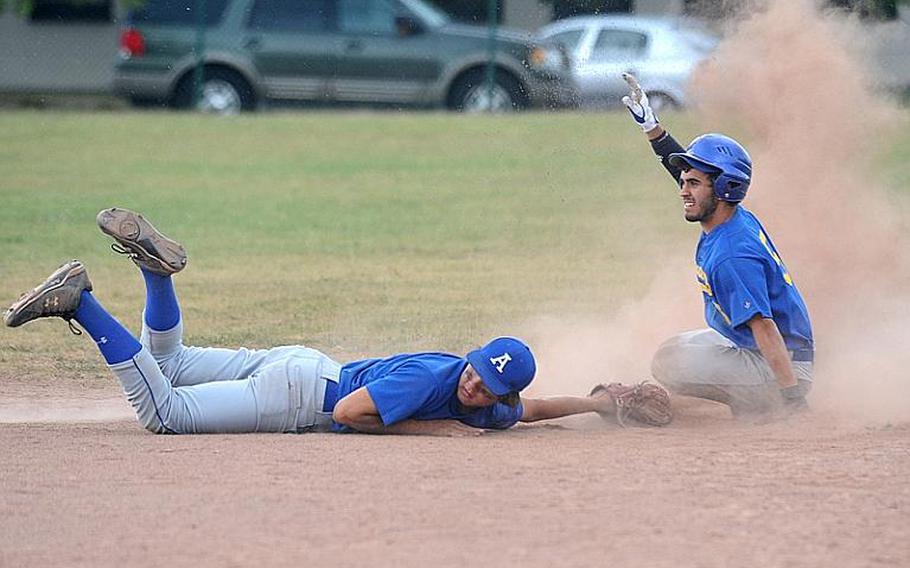 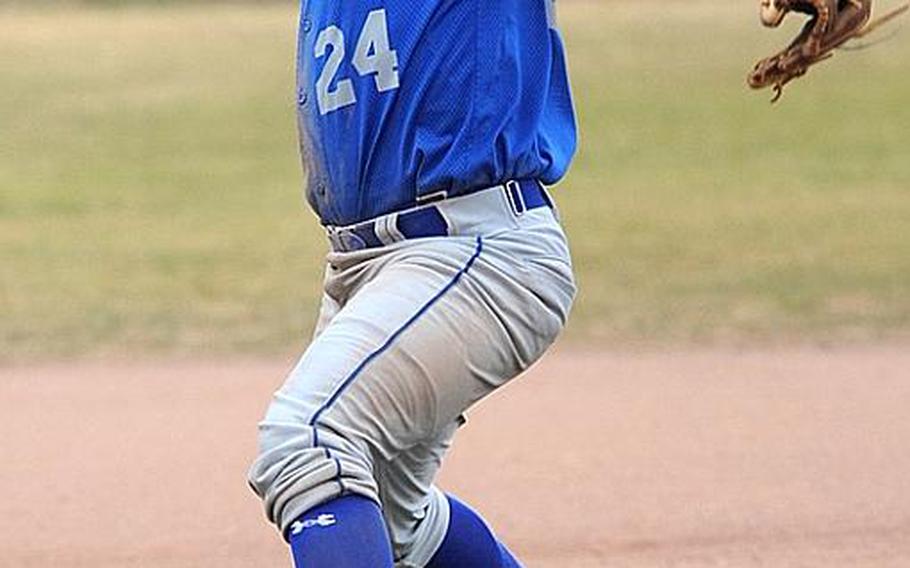 RAMSTEIN AIR BASE, Germany &mdash; In a duel between two of Europe&rsquo;s best pitchers on Thursday, Gannon Soares of Rota bested freshman Luke Ostergaard of Sigonella as the defending Division II/III champion Admirals held off the Jaguars, 8-6, in the first of what figures to be a three-game series between the two for the 2011 European Division III baseball championship.

&ldquo;It boosts team morale,&rdquo; Soares said about the importance of winning Showdown 1 against the second-seeded Jaguars. Soares allowed eight hits and struck out two in going the five-inning distance.

Rota and Sigonella are scheduled clash again at 3:30 p.m. Friday, and all but certainly will play a third time in Saturday&rsquo;s 10 a.m. title game here. At the risk of disrespecting Alconbury, the other team in the D-III field, it&rsquo;s unlikely the Dragons, who lost 24-1 to Rota and 18-1 to Sigonella on Thursday, will improve enough overnight to deny Rota or Sigonella a spot in the title game.

Ostergaard, who came into this event with 38 strikeouts in 24 innings pitched, fanned just four Admirals in his 3 1/3 innings of work Thursday and allowed seven runs, six of them earned. He gave up seven hits, the biggest of them a two-run shot over the centerfield fence by sophomore Nick Dettore.

Dettore, a veteran of last year&rsquo;s combined D-II/III championship run, stroked a two-run single to left in the top of the fourth that plated the eventual winning runs, although they gave Rota an 8-3 lead at the time.

With the 90-minute time limit running out, Sigonella made a game of it in its final at-bat, mounting a two-out rally that produced three runs on four hits.

Soares, however, induced Ostergaard to hit into a force play with the tying runs on base to end the threat, the inning and the game.

Soares said he found last year&rsquo;s do-or-die tourney against the D-II clubs more to his liking than this three-team D-III event.

&ldquo;It&rsquo;s a bit disappointing,&rdquo; he said about playing just two other teams. &ldquo;Last year, we proved we were good enough as a team to go up against Division II.&rdquo;

Larger schoolsIn the Divisions I and II pool-play events, which also began Thursday, lightly regarded Lakenheath, the No. 8 seed, edged No. 4 Kaiserslautern 1-0.

According to Lakenheath coach John Gilmore, the Lancers scored the game&rsquo;s only run when Jacob Bailey singled, stole second and scampered home as the Red Raiders threw the ball away on Caleb Maftei&rsquo;s sacrifice bunt.

Austin Morrow stroked a triple and two singles in his three at-bats for the Lancers.