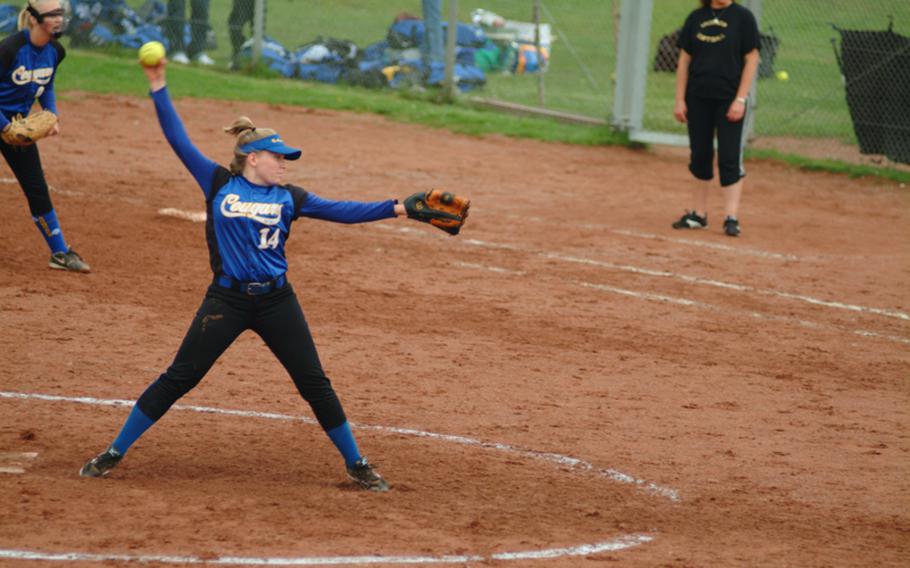 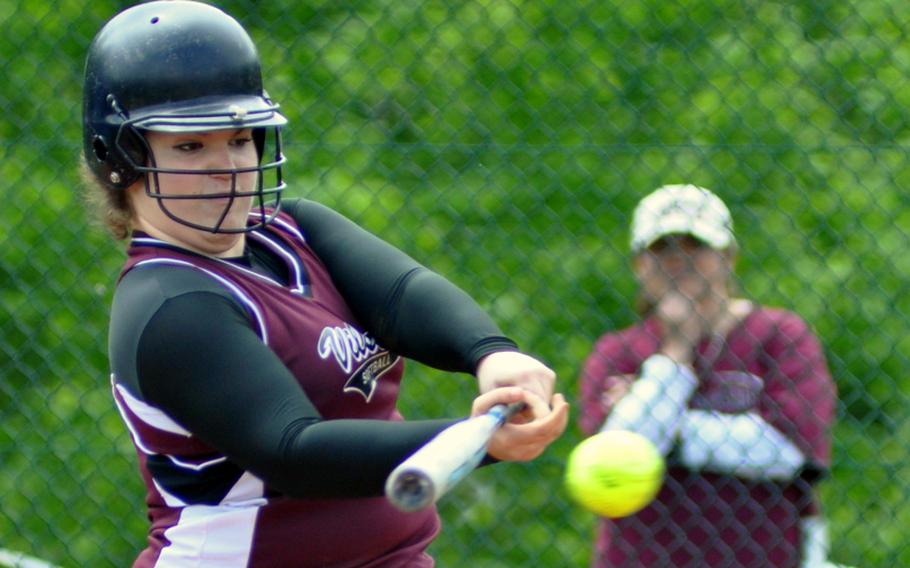 Vilseck catcher Veronica Lopez lines a single to drive in two runs against Heidelberg on the first day of the DODDS-Europe Division I softball championship on Thursday at Ramstein Air Base, Germany. Vilseck won 8-5. (Warren Peace/Stars and Stripes) 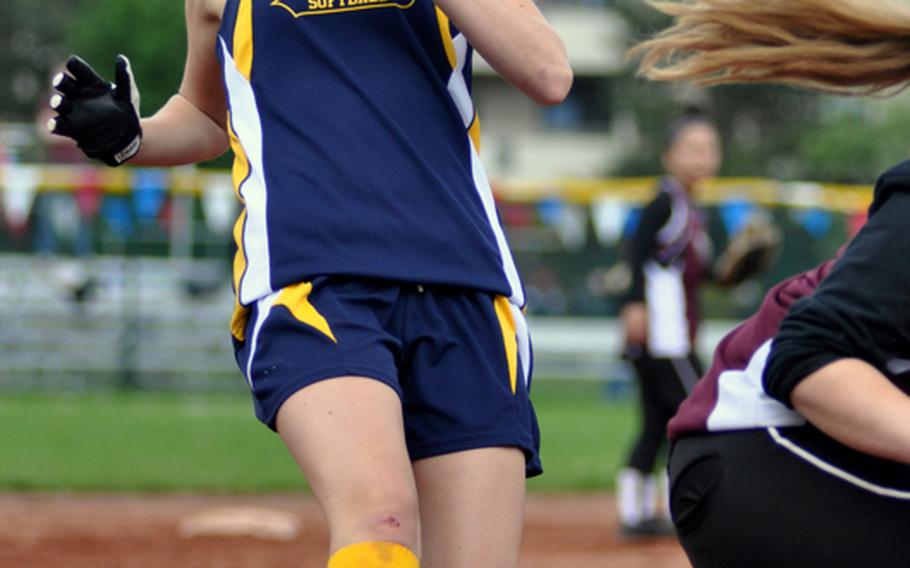 Heidelberg's McKenzie Clarke advances to third on a single against Vilseck on the first day of the DODDS-Europe Division I softball tournament at Ramstein Air Base, Germany, on Thursday. Vilseck won 8-5. (Warren Peace/Stars and Stripes) 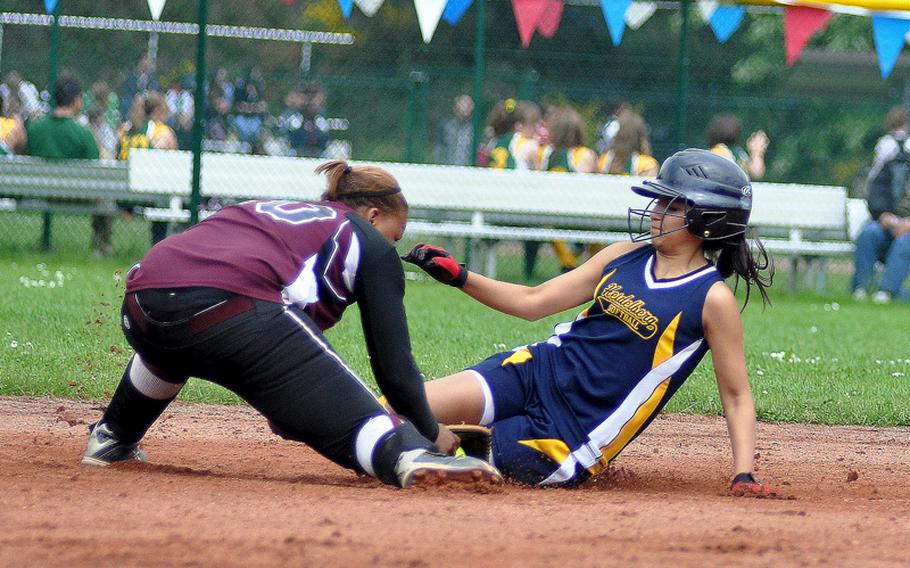 Vilseck shortstop Deraj McClinton tags out Heidelberg's Lexi Tarvarez during the first day of of the DODDS-Europe Division I softball tournament on Thursday at Ramstein High School, Germany, as she tried to stretch her hit into a double. Vilseck won 8-5. (Warren Peace/Stars and Stripes)

RAMSTEIN AIR BASE, Germany &mdash; Not that there was a lot of need to do so, but defending Division I champion Ramstein packed plenty of justification for its No. 1 seed in the European softball championships by claiming two lopsided victories Thursday.

&ldquo;It really helps,&rdquo; Ramstein&rsquo;s All-Europe catcher Becky Pletzer said about 11-0 and 16-1 opening romps over Heidelberg and Lakenheath, respectively. &ldquo;It boosts everyone&rsquo;s confidence, knowing that we can play the way we know we can.&rdquo;

Pletzer showed plenty of confidence herself. She was 2-for-2 with three RBIs against Heidelberg and hit a two-run triple and an RBI single against Lakenheath.

The victories ensured unbeaten Ramstein a place in Friday&rsquo;s 4:45 p.m. semifinals, most likely as the pool champs. Ramstein is to play No. 4 Vilseck, which lost 10-5 to Lakenheath on Thursday, in its final pool-play game Friday morning.

Division I&rsquo;s other unbeaten, second-seeded Patch, surrendered a seven-run third inning to Wiesbaden but still prevailed 10-7 by scoring four runs in the bottom of the fourth.

No. 3 Kaiserslautern also opened strongly on Thursday, dumping SHAPE 8-1 behind a three-run homer by Erica Turner.

In the round-robin, four-team Division III event on Thursday, Sigonella battered Incirlik 18-3 and Rota topped Alconbury 10-8 in the early action.

Natalia Rivera pitched a complete-game victory over Alconbury, the only team in the field the Lady Admirals had played previously this season. &ldquo;They beat us up there,&rdquo; Rota shortstop Maggie Armel said. &ldquo;They were the perfect opponent for us.&rdquo;