Daegu eyeing a three-peat on gridiron 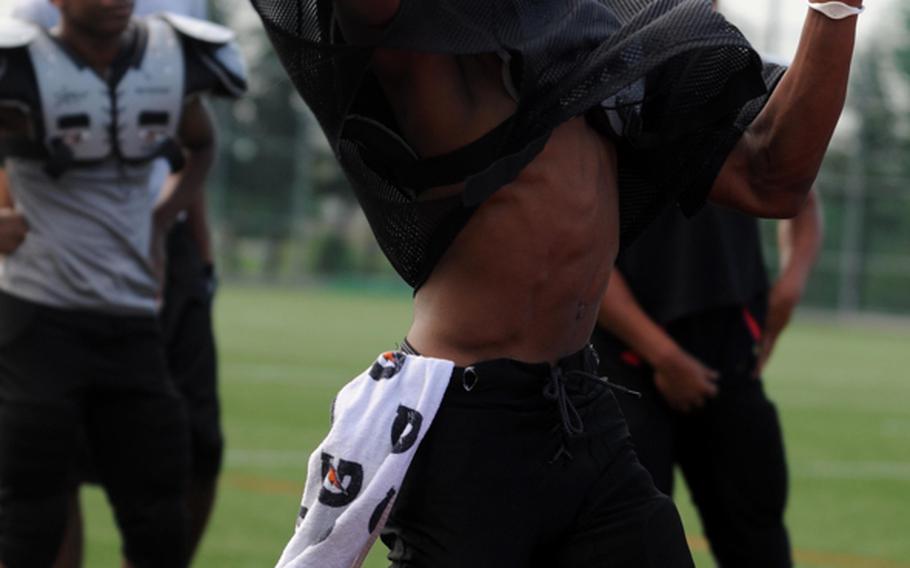 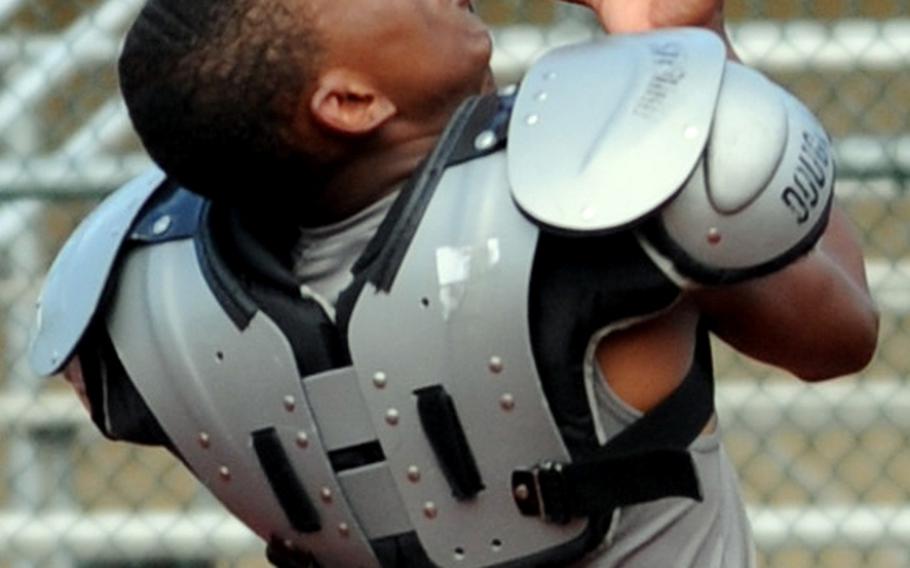 Tenth in a series of high school football previews.

CAMP WALKER, South Korea &ndash; Time was when a football team from a tiny school like Daegu American could sneak up on its bigger brethren such as Seoul American and pull a stunner of an upset.Not any more. Championships are becoming a rite of passage, and fifth-year coach Ken Walter and the Warriors would love nothing more than to christen their spanking new campus on Camp Walker with a third straight DODDS Korea title and second Far East Division II title in a row.&ldquo;Championships are expected here. That&rsquo;s the way we feel about it,&rdquo; Walter said. &ldquo;I don&rsquo;t think we&rsquo;ll surprise anybody any more. They know who we are and they know we come to play and we know they&rsquo;ll all be gunning for us.&rdquo;Opponents will face a Daegu team that must replace the talents of four-year starting quarterback Tre Griffin and lineman-turned-running back Jarel &ldquo;Tank&rdquo; Connie, who led the Warriors to a 5-2 record and a 28-2 win at Zama American in the D-II title game.Darius Wyche, the Warriors&rsquo; little big man at 5-foot-9, 163 pounds, will start under center; he rushed for a touchdown, had an interception, a fumble recovery, six tackles and three passes defended in the D-II title victory.&ldquo;He&rsquo;s probably the best athlete we have on the team,&rdquo; Walter said. &ldquo;He doesn&rsquo;t have (Griffin&rsquo;s) arm strength, but he makes up for it in athleticism. He&rsquo;s played every skills position the last three years; he knows it better than anybody.&rdquo;As for Connie, few can replace his 220-pound frame and deceptive quickness, Walter said. &ldquo;It was nice to have a 220-pound running back running downhill,&rdquo; he said.Folks such as Ronald McLean and Romar Banzon, each at 190 pounds, will try to fill those shoes. &ldquo;Not quite the pop, but we have speed and good size,&rdquo; Walter said.This may be Daegu&rsquo;s &ldquo;worst year for transfers&rdquo; since Walter began coaching, &ldquo;but we had a lot of eighth-graders in the gym last year who are moving up.&rdquo;Daegu&rsquo;s run at title repeats starts with Kubasaki of Okinawa at the Warriors&rsquo; home Kelly Field at 7 p.m. Saturday.The two games that count toward hosting the D-II title game Nov. 5 come against Osan American, on Sept. 30 at Kelly Field and at Osan&rsquo;s Cougars Field on Oct. 14. The team with the better record hosts either Zama or Robert D. Edgren.ornauerd@pstripes.osd.mil