New stars emerged above and below nets Photos and statistics for the players on the All-Europe first team. ()

Photos and statistics for the players on the All-Europe first team. () 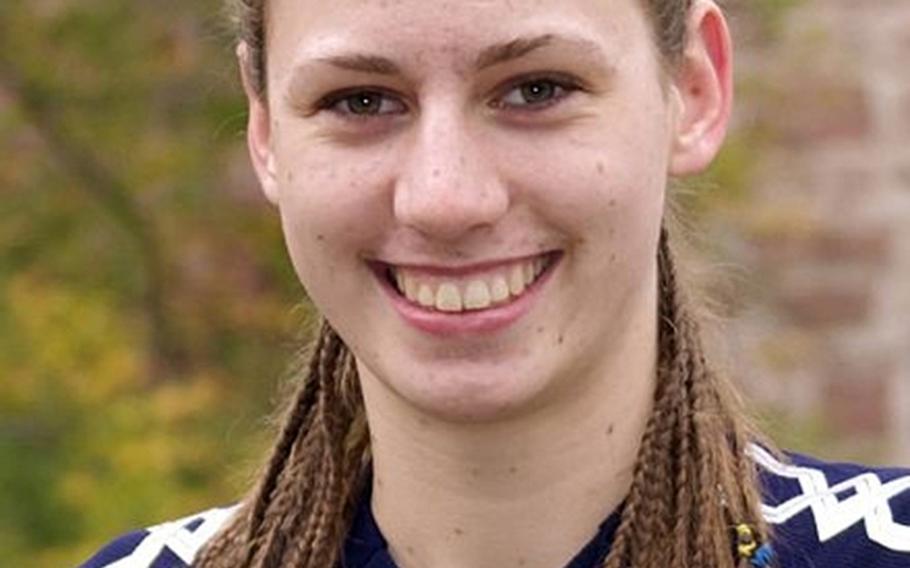 Allison Gunsch, Heidelberg. The junior outside hitter had 80 kills, 46 digs and 9 blocks during D-I tourney; “a motivational and selfless teammate,'' according to her coach. (Courtesy photo) 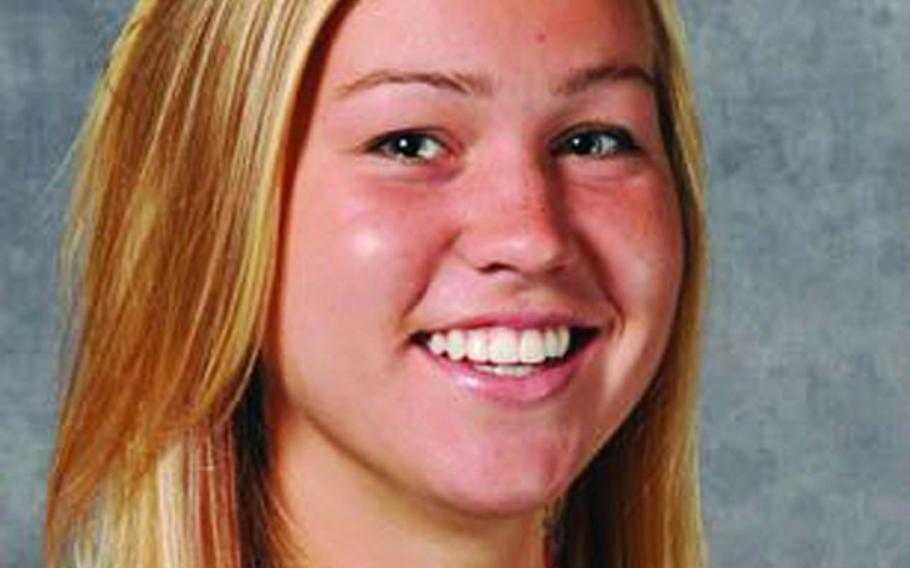 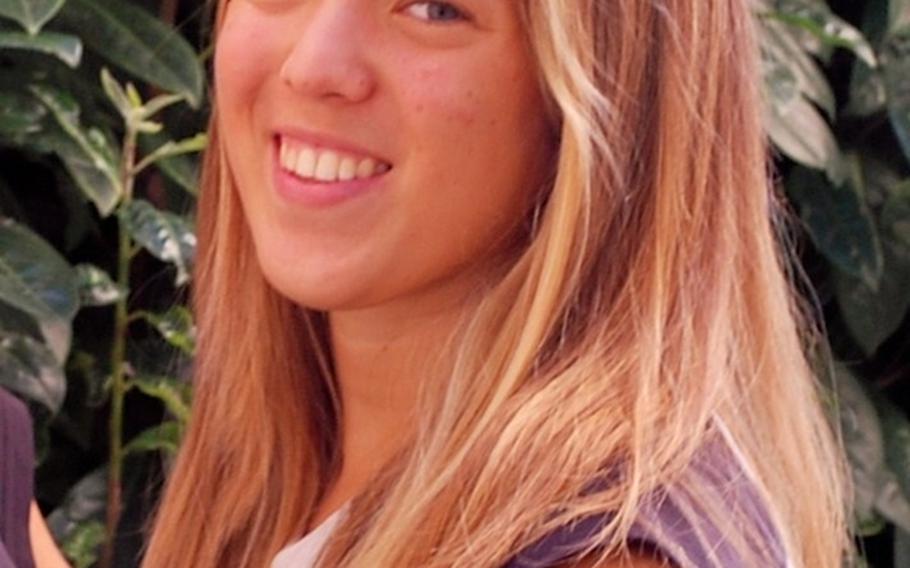 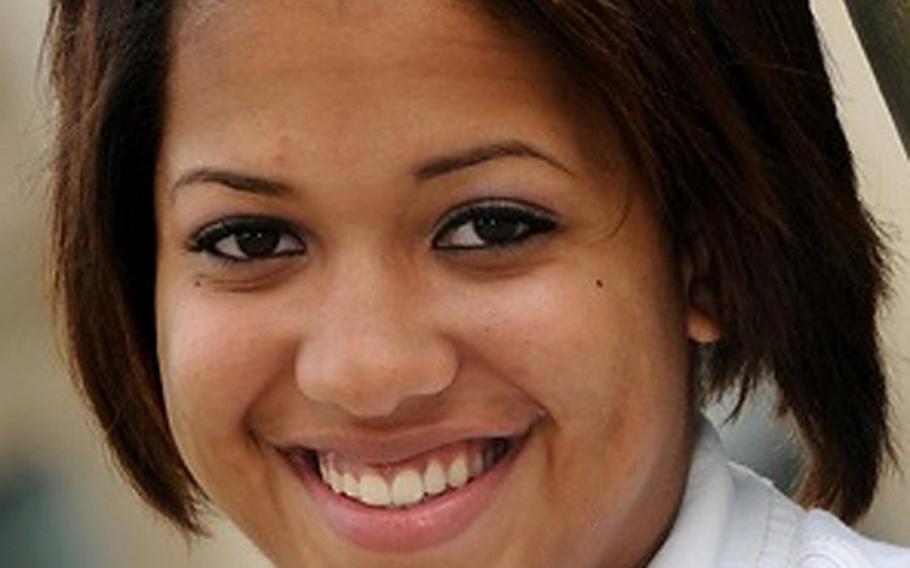 LeAmber Thomas, Wiesbaden. The senior outside hitter/middle blocker had 83 kills, 26 assists and 59 aces; “team captain for two consective years, and reasons are obvious,'' according to her coach. (Courtesy photo) LeAndra Thomas, Wiesbaden. The senior outside hitter had 62 kills and 60 aces during regular season, 88 percent serving in tourney; “an incredible athlete,'' according to her coach. (Courtesy photo) 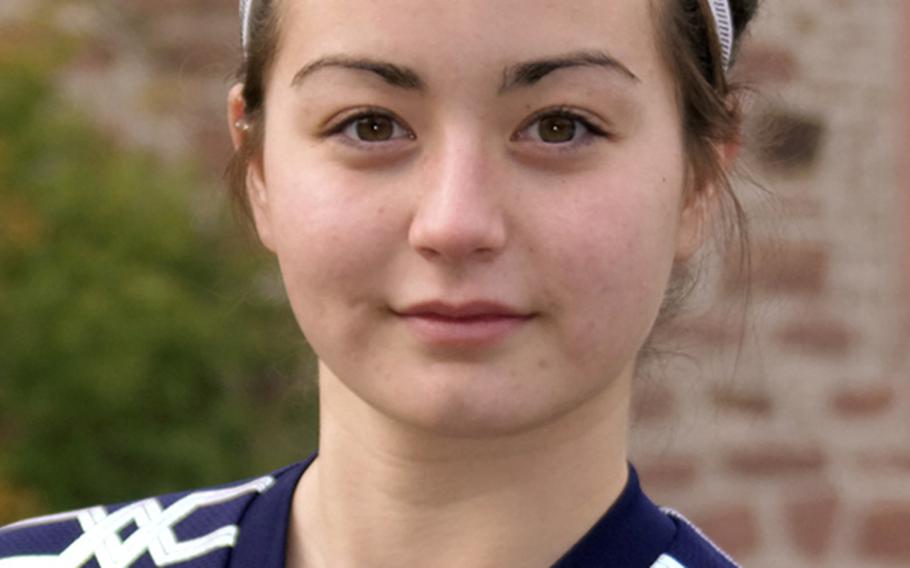 Maya Lowe, Heidelberg. The senior outside hitter was an all-around performer: “Her consistent passing, digging, serving and spiking were problematic for opponents,'' according to her coach. (Courtesy photo) 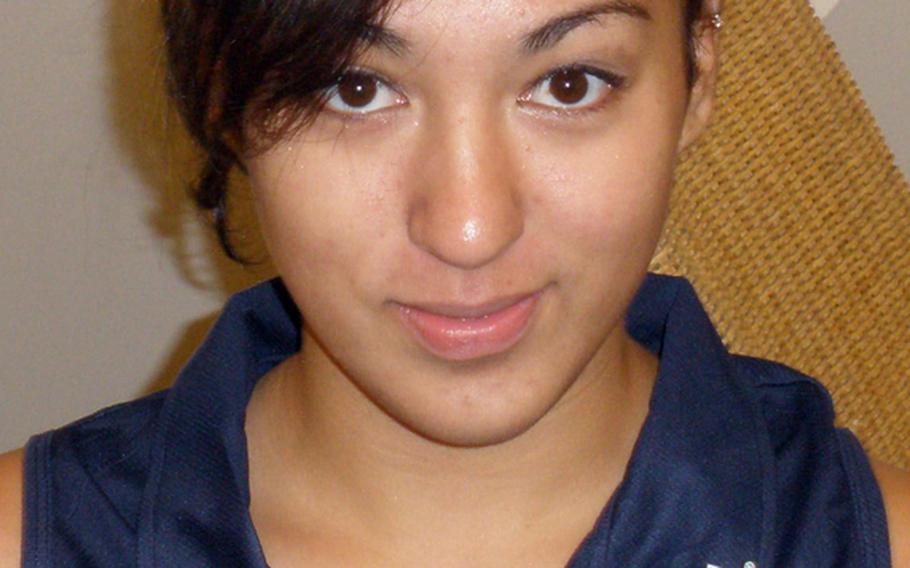 Jasmine Mailoto, Aviano. The junior middle blocker had a school record 52 kills for season, 87 percent server; “team captain and ... strong force at the net,'' according to her coach. (Courtesy photo) Teresa Muldoon, SHAPE. The junior middle hitter/blocker averaged 4 aces, 4 digs and 11 kills per game; “great leader to the girls on the court,'' according to her coach. (Courtesy photo) 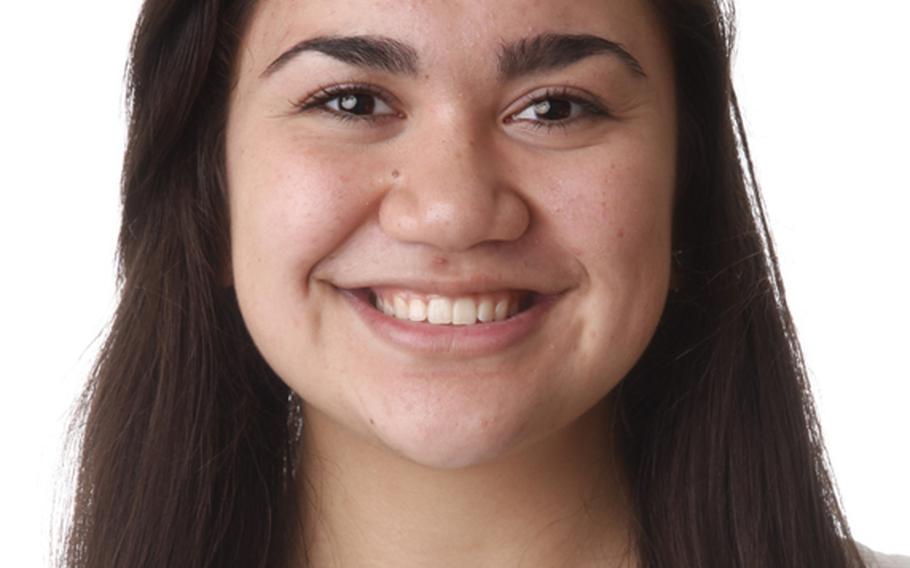 Kimberlee Akuna, Vilseck. The senior defensive specialist got 81 percent of her serves in and returned 81 percent of opponents serves; “led team in service aces, digs and serve receives,'' according to her coach. (Courtesy photo) Aspen Luna, Rota. The freshman outside hitter shinted in D-III tourney, 80-percent service rate with 54 percent of those aces; “best player in all the years ... that I have coached,'' according to her coach. (Courtesy photo) 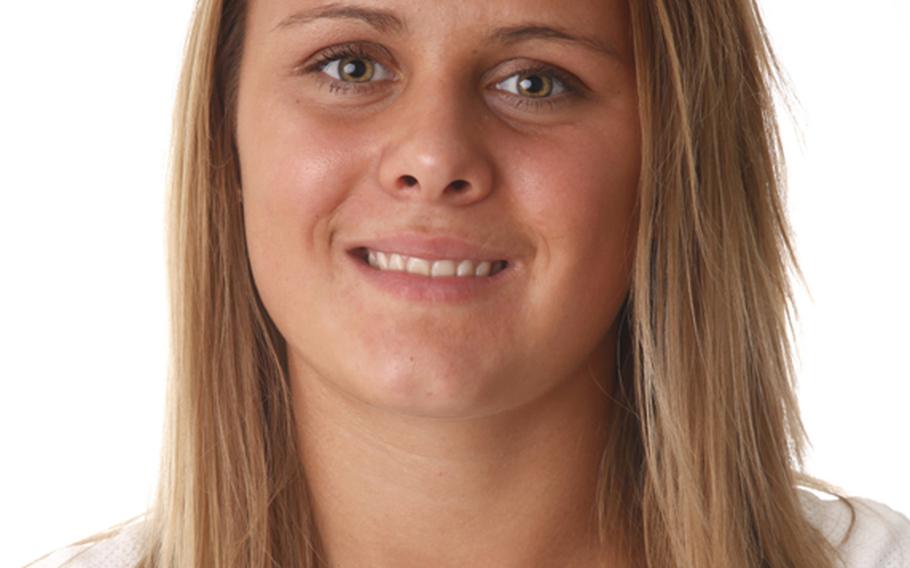 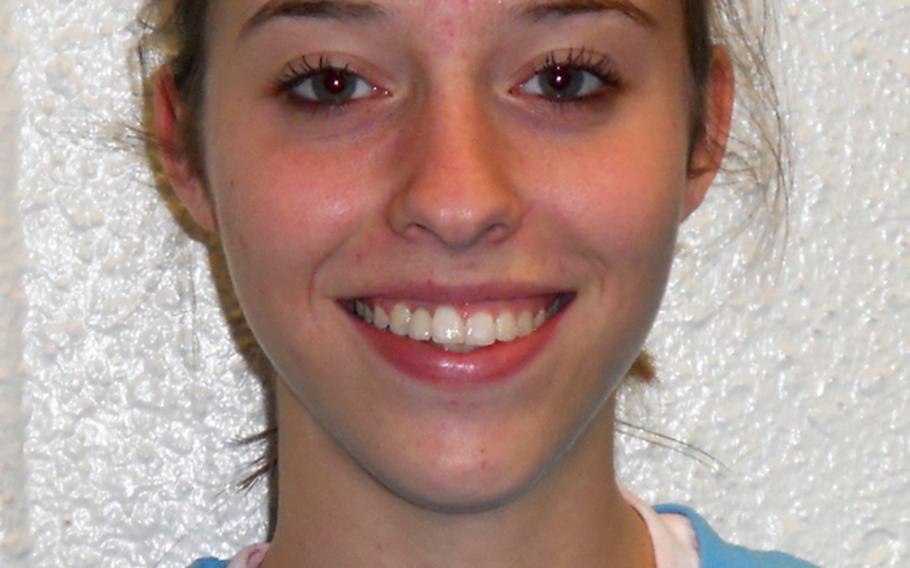 Cayla Turain, Ramstein. The senior outside hitter averaged 4.1 kills per game, had an 87-percent service rate; ability to read defenses made her “successful offensively,'' according to her coach. (Courtesy photo)

Following a host of graduations and transfers, the 2010 DODDS-Europe volleyball season was predicted to be wide open before it began this fall. With 19 of the 24 players voted to the 2009 all-Europe volleyball team having departed, there was plenty of room for new stars to emerge.

The season, which wrapped up Nov. 6, lived up to expectations. Top players stepped forward to lead their teams to success, and in return, they were awarded with spots on the 2010 DODDS all-Europe volleyball team. The 12-member first and second teams were selected by a panel of seven coaches and DODDS-Europe Athletic Director Karen Seadore.

The lone repeater on the first team was Vilseck&rsquo;s Anna Muzzy. It might not be surprising, then, that the 6-foot-1 senior led her team to its first European Division I title. She was joined by Falcons senior defensive specialist Kimberlee Akuna.

Three players who received second-team recognition last year were elevated to the first team. They were Wiesbaden&rsquo;s LeAmber Thomas, whose team lost to Vilseck in the finals, and Milan Juliano of Vicenza and Jasmine Mailoto of Aviano, whose teams reached the Division II semifinals.

There were two other sets of teammates on the first team other than the duo from Vilseck: Thomas&rsquo; twin sister, LeAndra, and Heidelberg teammates Allison Gunsch and Maya Lowe. Ramstein&rsquo;s Cayla Turain and SHAPE&rsquo;s Teresa Muldoon completed the first-team roster.

Many of those selected to the first team couldn&rsquo;t limit themselves to specialist roles for their teams. So they ended up padding stat sheets across the board instead of putting up dominant numbers in single categories. There were exceptions, though:

Muzzy powered in 250 kills &mdash; the most in Europe. Setting her up, presumably, would be Juliano &mdash; the only setter listed on the first squad &mdash; who averaged 11 assists per game. She also got 93 percent of her serves onto the opposing court.

Turrain was second in each category, with 140 kills and an 85-percent server rating. Akuna also topped 80 percent &mdash; with 59 aces &mdash; and kept the ball in play while receiving opponents&rsquo; serves more than 80 percent of the time. Friehe also excelled on defense, making only 42 errors, while successfully digging the ball 213 times.

Mailoto, a returning All-Europe basketball player like the Thomas sisters, set a school record with 52 blocks. Luna, out of the spotlight for much of the season because her team only played DODDS schools a few times, created a buzz at the tournament with a jump serve that her opponents could not return.