Courts are crowded with potential champions 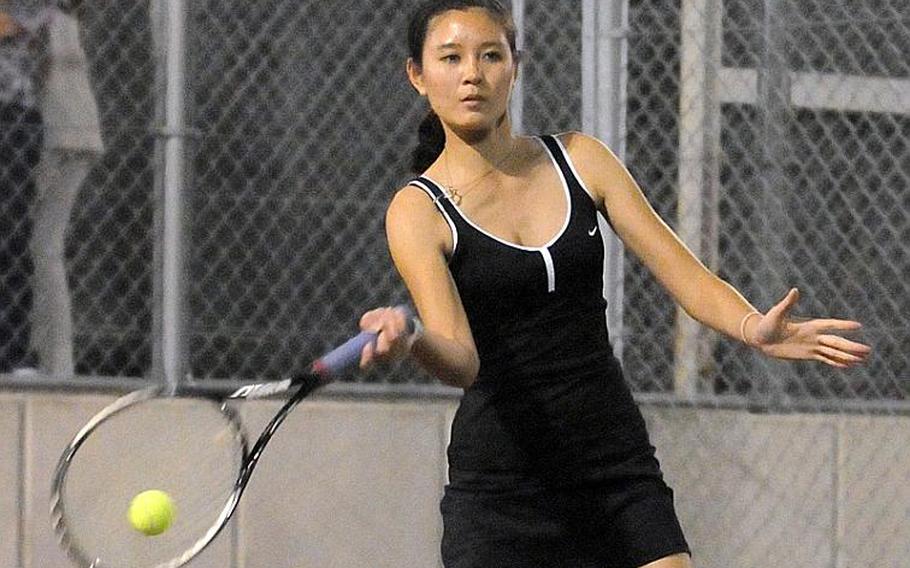 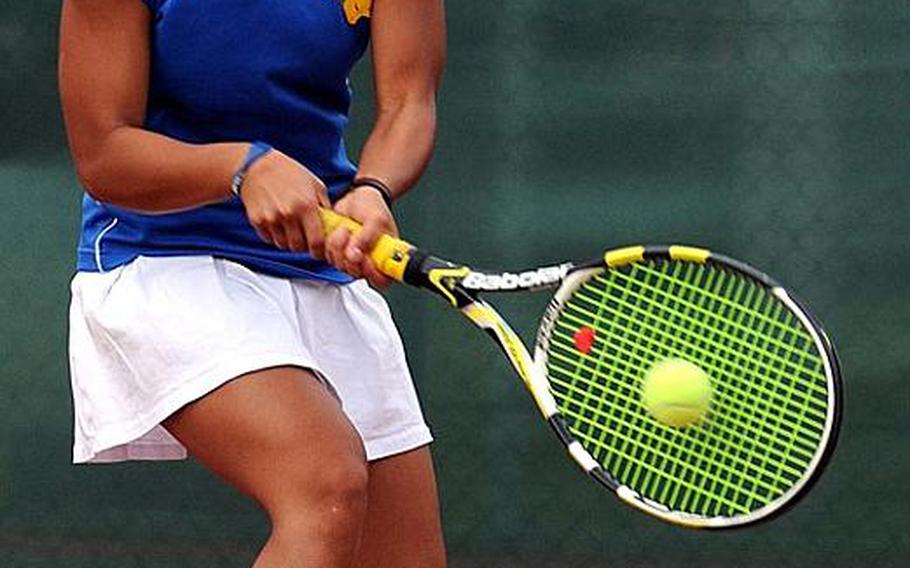 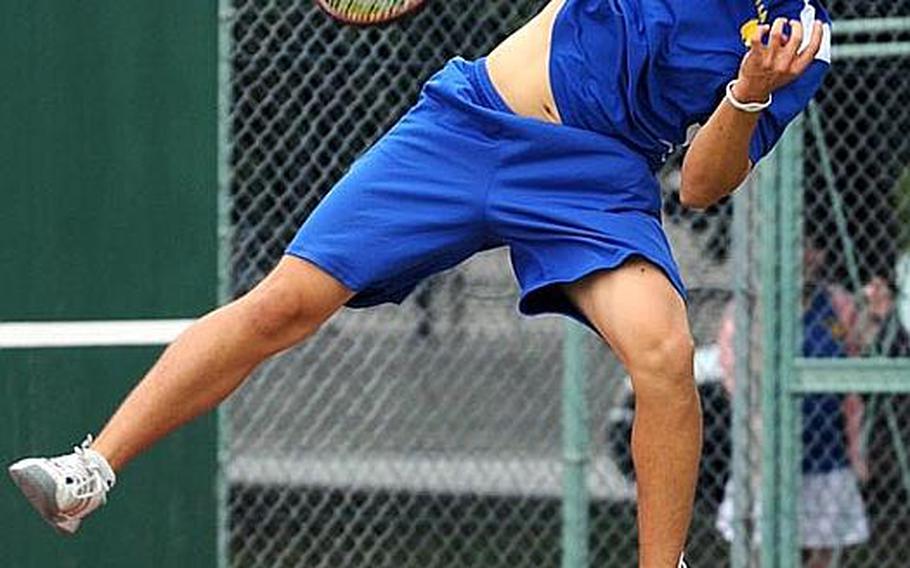 Buy Photo
Yokota Panthers senior and reigning Far East Tournament singles runner-up Arlo Taylor has found the going rough in DODDS Japan and Kanto Plain after transferring from Okinawa where he won the island championship a year ago. (Dave Ornauer/Stars and Stripes)

&ldquo;I don&rsquo;t see a clear-cut favorite&rdquo; among five expected to contend for the boys singles title &ldquo;and it looks like a very balanced field on the girls side as well,&rdquo; coach Robert Bliss of host Kadena said Thursday.

Japanese weather forecasts call for cloudy skies with a 40-percent chance of showers on Monday and Tuesday increasing to 50 percent Wednesday into Thursday&rsquo;s scheduled rainout date.

Joining Shikama in a crowded boys field are four considered to be strong contenders for this year&rsquo;s title:

-- Arlo Taylor, last year&rsquo;s runner-up, who transferred from Kadena to Yokota and, while his play remained strong, lost more than he won as Okinawa Activities Council island champion a year ago.

-- Sam Cadavos of Matthew C. Perry, one of a handful who beat Taylor earlier in the season and was leading him 6-2, 3-1 in the DODDS Japan finals last month when they were suspended by rain.

&ldquo;I&rsquo;ve never seen it so equally competitive,&rdquo; Midomaru said. &ldquo;If I win against these guys, it will make my senior year worthwhile. I&rsquo;m sure they would want to (win) as well.&rdquo;

&ldquo;Any one of those guys can take it,&rdquo; Perry coach Mark Lange said.

On the girls side, besides Gadsden, who won the girls doubles with her sister, singles champion Amber Gadsden, expected contenders include:

-- Tia Burke, the senior transfer from Savannah, Ga., who won the Kanto singles title on Tuesday for Zama American.