Key moments during the battle for Okinawa 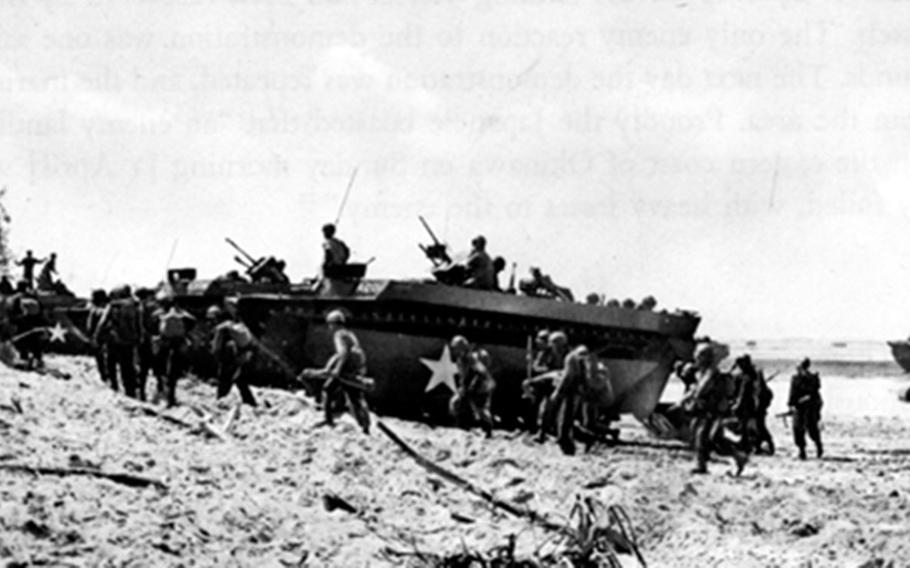 On Easter Sunday, April 1, 1945, the most audacious and complex enterprise undertaken by the American amphibious forces — eclipsed only by Normandy — took place in the Pacific.

This graphic explores the key moments from "L Day" to the time the Stars and Stripes was raised on the island on June 22. Even after the flag was raised and Japanese forces defeated, a prolonged 'mop-up' campaign lasted much longer as scattered forces took to caves, fields -- even piles of debris.

For even more detailed accounts of all the various action, click on the newspaper thumbnails embedded on some entries to read Stars and Stripes first-hand reporting from that day.