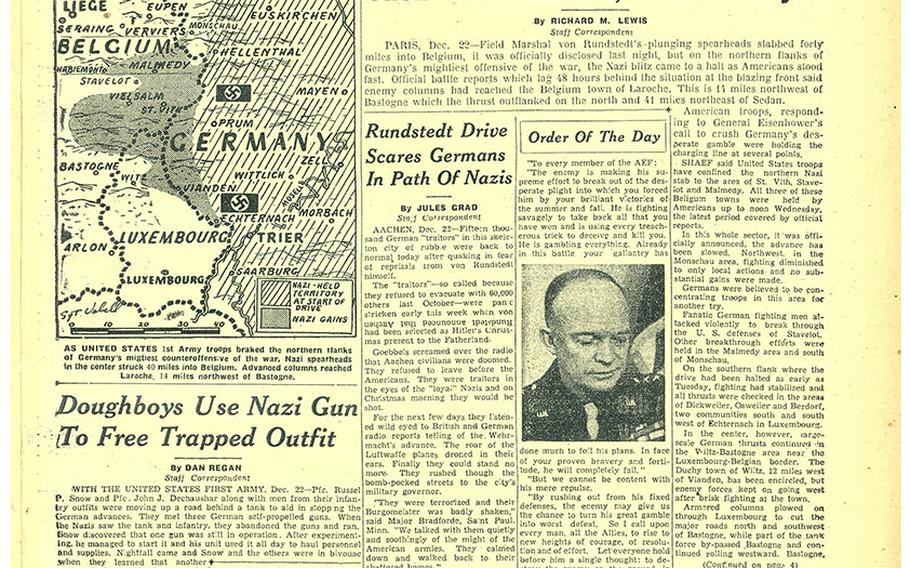 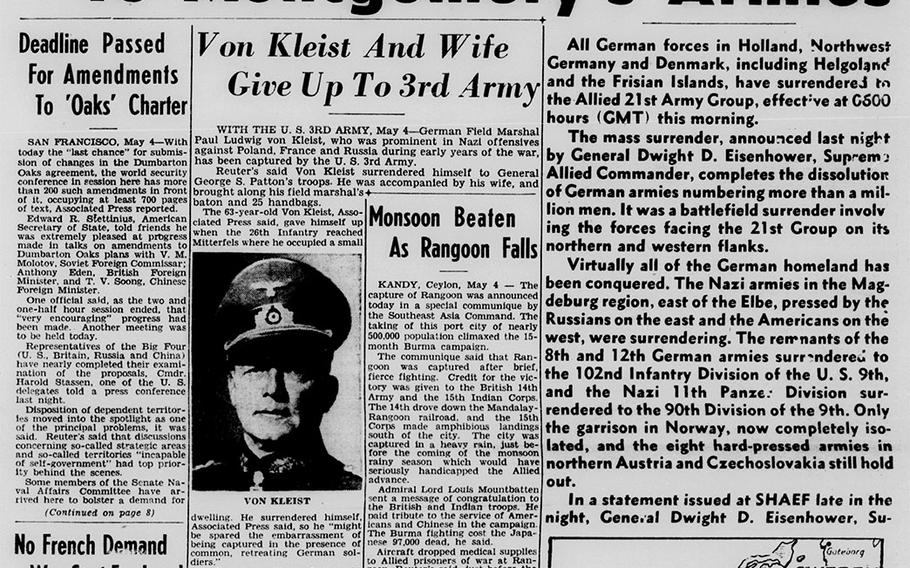 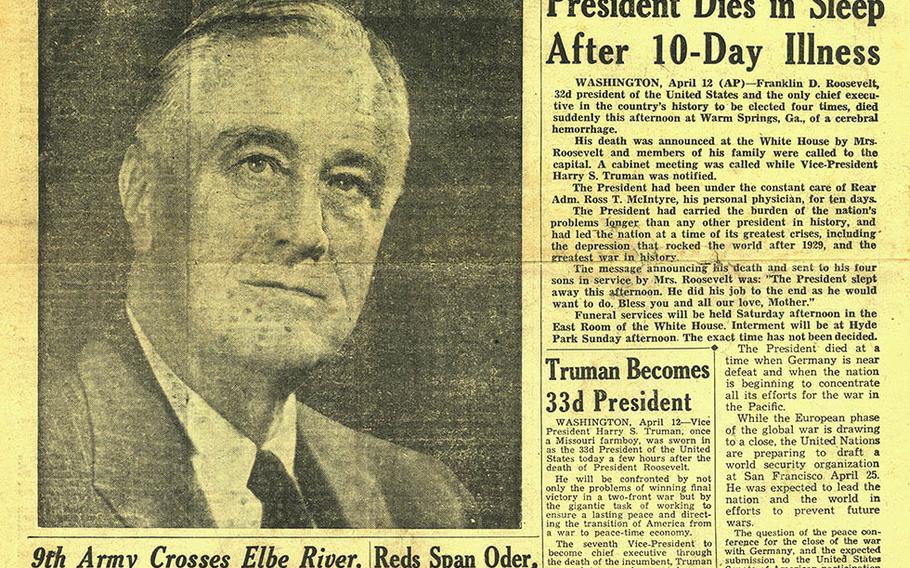 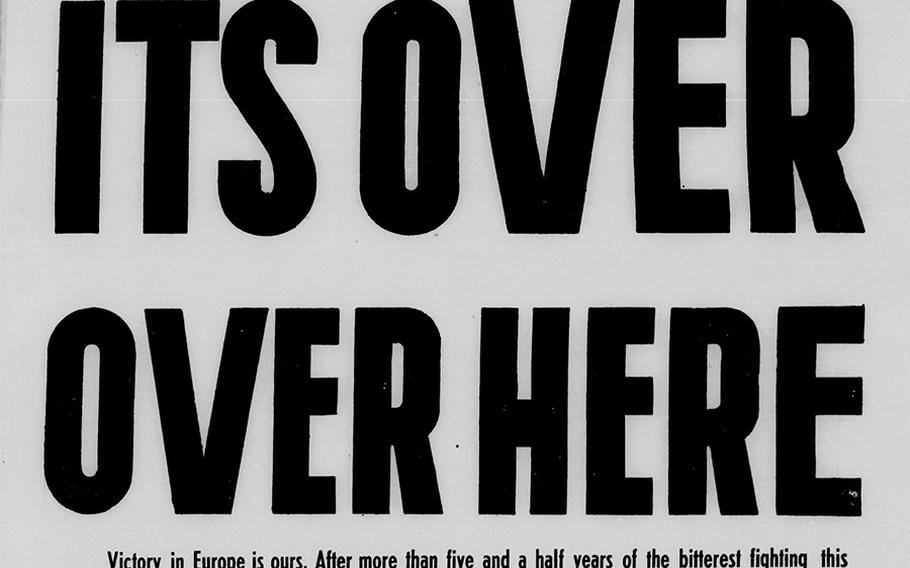 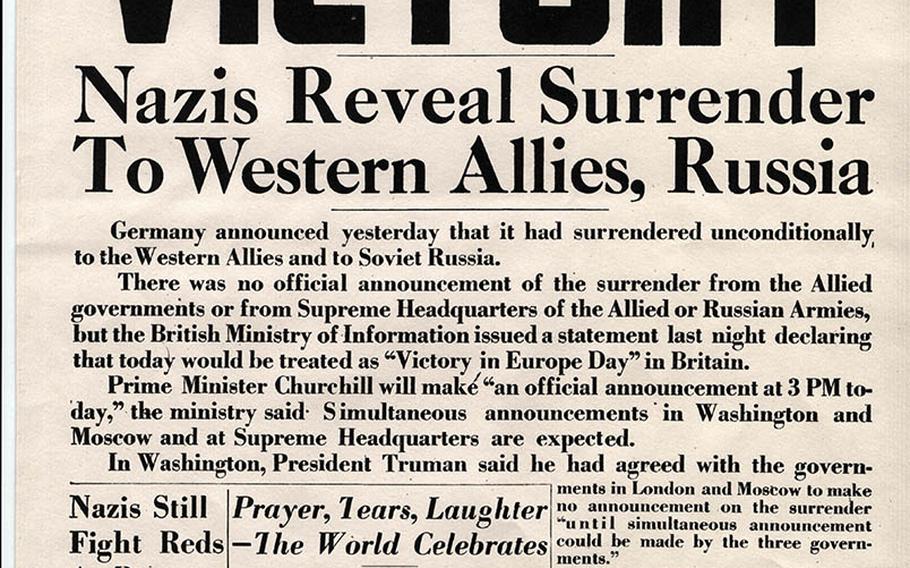 The Stars and Stripes published over 30 editions during the course of WWII, advancing with the Allied forces, establishing new editions and shutting down earlier ones as the front lines progressed.

The first was the London edition, rolling off the press April 18th, 1942. Various editions in the Mediterranean Theater of Operation followed as Allied forces battled their way through Africa and Italy. As the Allied advanced further into mainland Europe, so did Stars and Stripes with editions in France, Belgium and ultimately Germany.

What follows are some notable front pages of some of these editions, published in the last months of the war. For complete issues of 19 of Stars and Stripes’ 30+ WWII editions, as well as all European and Pacific editions from 1948 - 1999 please subscribe to our historic archives.