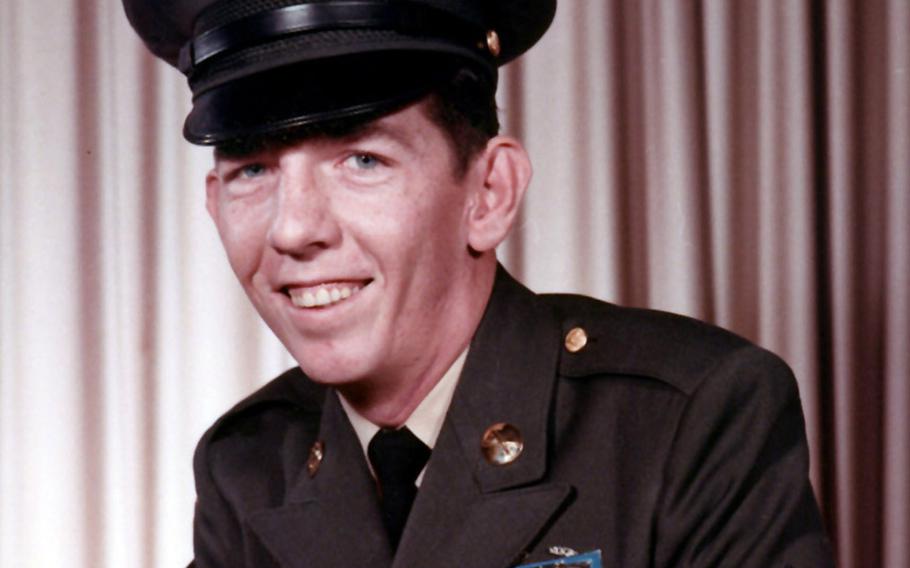 As described by Tony Chliek: "Just out of the hospital after spending 3 months recovering from my wounds." (Courtesy of Tony Chliek)

As described by Tony Chliek: "Just out of the hospital after spending 3 months recovering from my wounds." (Courtesy of Tony Chliek) 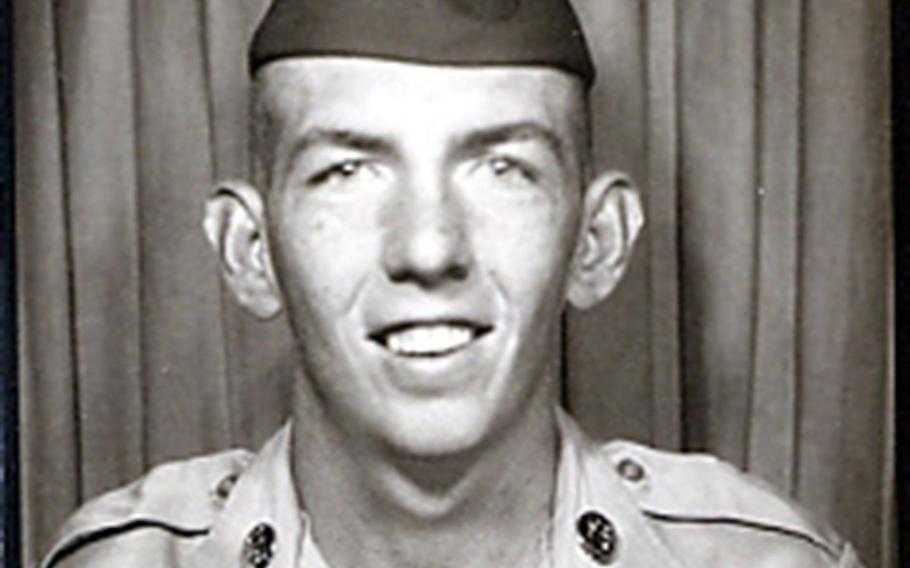 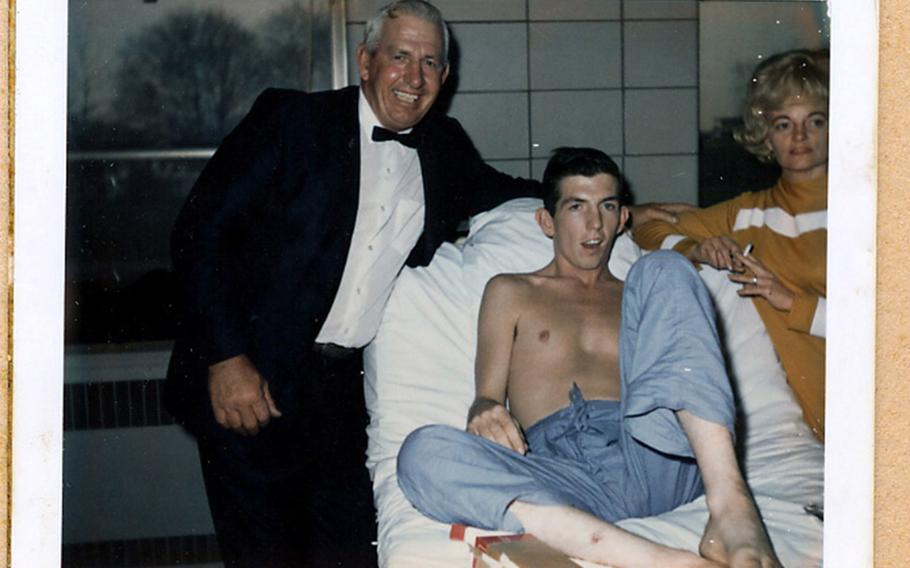 As described by Tony Chliek: "Just back from recovering for a month in Japan. Me with my parents, Tony Chliek Sr. and Ruth Chliek." (Courtesy of Tony Chliek) 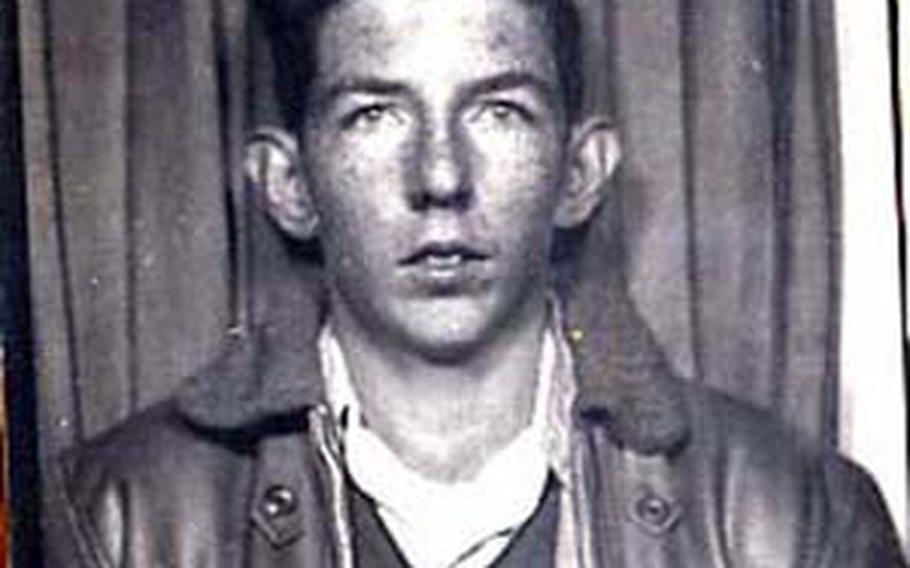 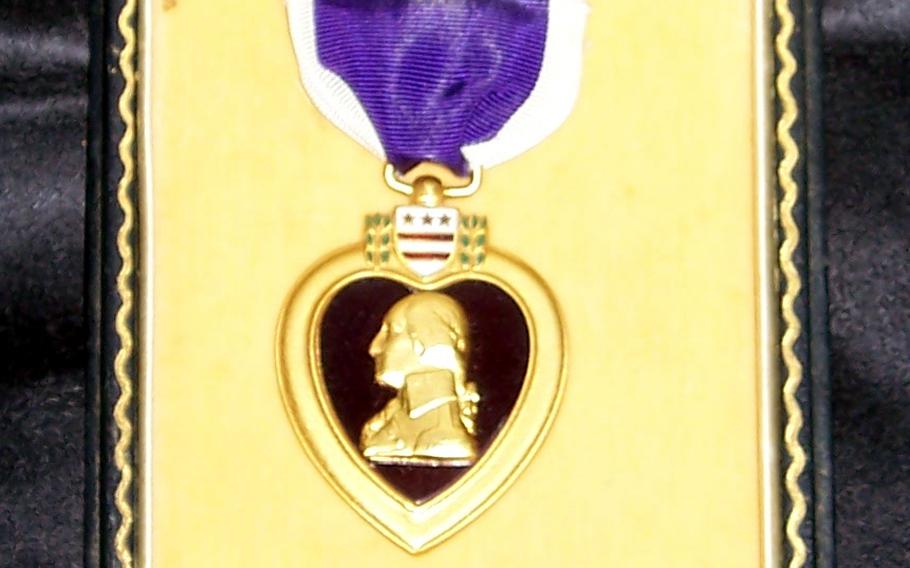 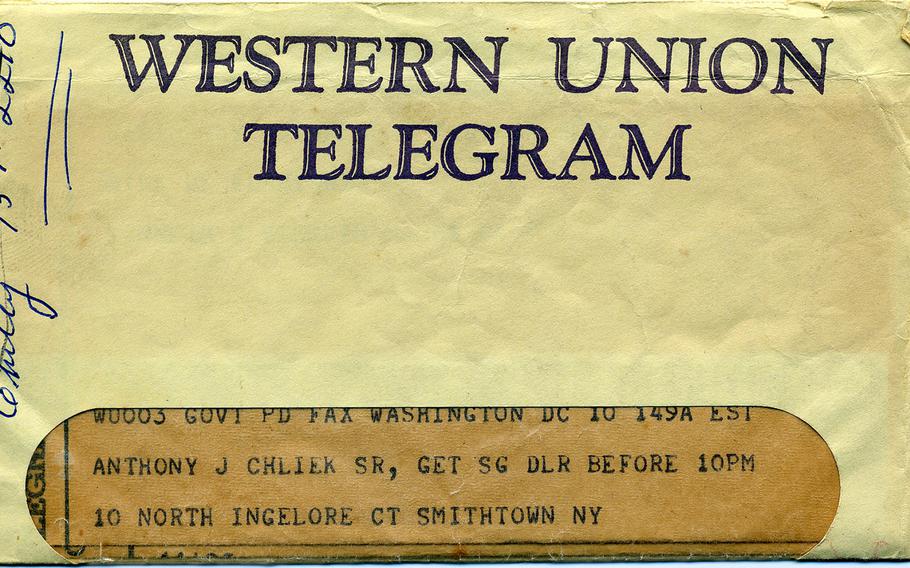 The Western Union telegram Tony Chliek's parents received with news of their son's injury in battle. (Courtesy of Tony Chliek) 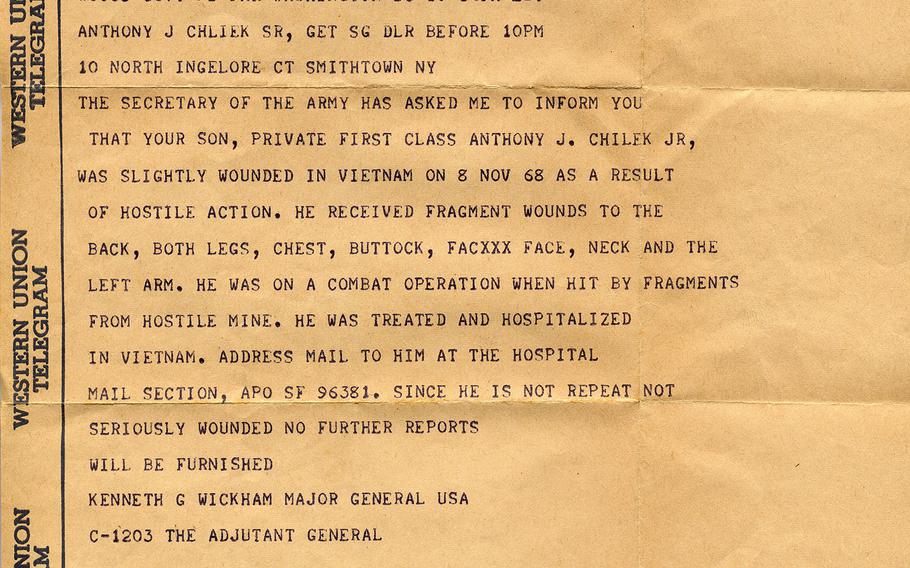 Editor’s note: Tony Chliek has written extensively about his experience in Vietnam. His entry on being wounded in combat is republished here with permission. You can find the entire series on his personal blog, my-vietnam-stories.blogspot.com

7 November 1968Tonight was my squad’s turn to go out on night ambush. We were heading to our usual spot in the local cemetery through a heavily wooded area when the last man in our column told us he thinks he heard something moving around behind us. He said he was dropping back for a second to see what it is. We kept moving and about a minute later he caught up to us and he told us he was sure someone was following us. The sergeant instructed us to take cover up ahead in a ditch. We all moved up and got down in it. I landed right on a piece of corrugated tin making a loud racket. Now if there were really VC following us and they didn’t know where we were, they sure knew where we were now.

I moved over off of the piece of tin so I wouldn’t make any more noise, which of course made even more noise. Then we sat sat silently watching and listening. We could hear movement in several places off to one side. It sounded like there were a group starting to move around us. It had to be either VC or NVA regulars because they were the only people besides our night ambush patrols that were out at night.

The sergeant got on the radio and reported back about our situation. He told them he felt we were in danger of attack and we were coming back in. The CO told him no but the sergeant stood firm and we headed back moving in the opposite direction away from the noises we were hearing.

We made it back to the fire support base without incident and were all told to immediately report to the command bunker. The CO was in there and was totally pissed that we didn’t stay out like he ordered. The sergeant explained in more detail what had happened and made a good case for doing what we did. The CO understood better now and let the whole thing slide. Well, almost slide. He told us that since we didn’t stay out tonight, we would have to go out the next night again, sort of a punishment. We bitched a little under our breath, but resigned ourselves to the fact of two nights in a row on night ambush.

8 November 1968The next day we discussed what had happened and we all agreed that we weren’t going to go back to the same area tonight again. We decided to sandbag it and go over to the ARVN (South Vietnamese military) compound and spend the night with them.

I found out this was done quite a bit. Sometimes the ARVNs would even take our squads into Trang Bang for a little R&R at night. That sounded good to me.

When night came, we headed off first in the assigned direction and then in the direction of the ARVN compound. We were walking between a fence behind some buildings and a wooded area. It looked to me like we were cutting through a village.

I had no idea we were going or how long it would take us to get there, so I caught up to the man in front of me and asked him how far this place was. He told me “not far”, so as to put some distance back between him and I again, I stopped for a few seconds to drop back a little. As soon as I took my first step, to start moving again, there was a loud explosion.

I felt strange sensations all over my body; I’d been hit. It felt like my left ear had been shot off so I reached up toward it with my right head. As I neared my face with my hand, I felt blood squirt on it from what I would find out later, was a large wound in my neck. Then I felt a sharp pain in my back like I was being stabbed over and over. I began twisting and contorting my body while trying to remove my backpack, while rotating toward my left and collapsed on the ground. I was writhing in pain on the ground and finally succeeded in removing the pack the rest of the way.

Then the next second I found myself looking down at me lying on the ground. It’s as if I was floating about ten feet up in the air looking down. Then instantly I was engulfed in a bright white light and was no longer where I was just a second before. I had no idea where I was and began looking around but didn’t see anything, just white. There was nothing at all. I didn't see anyone or hear anyone or talk to anyone. All I saw was white light, not a blinding kind of bright, just pure bright white.

I knew at that point that I was dead. I remember saying to myself “So I’m dead, huh? So this is what’s it’s like to be dead?” still looking around to see where I was and still seeing nothing but white light.

Then just as quickly as I found myself in the white light, I was back in my body lying on the ground. I hear someone call out, “Anyone hit! Anyone hit!” I tried to speak but nothing came out, I couldn’t talk.

Then I heard someone call out again; “Anyone hit! Anyone hit!” I called out again and this time the words “I’m hit” came out. The sergeant came over to me and asks me if I’m all right, “I’m hit!” I repeated again. He told me I’d be okay, and yelled over at the RTO, “Get on the radio and tell them we have wounded and we need help right away.”

I started feeling cold and pain in different parts of my body, but mostly in my back. I was trying to move around, get up or something but couldn’t do it. Someone told me to lie still and put a bandage on my neck and kept repeating to hold still and that help would be here in a minute.

It wasn’t long before I heard our men arriving. I was quickly picked up by my arms and legs and put onto a poncho liner. The picked me up and started carrying me back to FSB Stuart. The pain in my back was so hard to take as they carried me. I asked them over and over to put me down so the pressure on my back would subside if only for a second. It hurt so much, but they didn’t listen, moving as fast as they could, almost running to get me back.

They carried me back to our base camp at FSB Stuart and put me in the mess tent. The medic started tending to me. My clothes were being cut up to give him access to my wounds and he placed bandages in various places on my body. I had no idea at all what was wrong with me. I just knew I hurt so much and was so cold and wet, wet from all the blood I must have been losing.

The company commander, Captain Wissinger came over and kneeled down next to me and began trying to assure me I would be all right. I asked him how many men had been wounded, he told me seven and that the VC had set off a claymore. He told me they called in for a medevac as soon as they found out there was wounded and the chopper would be here soon for us.

I asked him for something for the pain, but he seemed to ignore me and just kept telling me I would be okay. I asked again, but this time I screamed at him, “GIVE ME SOMETHING FOR THE PAIN GOD DAMMIT!” The medic was way ahead of him I guess after hearing me the first time and gave me a shot of morphine about then. That calmed me down just knowing the morphine would kick in soon and the pain would begin subsiding.

Pretty soon I was carried out of the mess tent, this time on a stretcher. We went out the front through the opening in the rolls of razor wire that surrounded the FSB and across the highway to the landing zone where we waited for the medevac chopper to come pick us up. They called that a dustoff.

As I laid on the ground waiting, a lot of thing ran through my mind, but the one I remember most clearly “Was I wounded bad enough to get out of this awful place? Would this be my ticket back to the world?”

It wasn’t very long before I heard the chopper coming in to land. The sound was unmistakable, kind of a WOP, WOP, WOP sound. When it landed they put everyone else on first and then put my stretcher across the width of the chopper on the floor.

Up we went and I felt such a sense of relief, but damn, I felt so was so cold and wet with all the wind blowing around. They had covered me with a poncho liner but that just wasn’t enough to keep me warm. Then I remember feeling my pants sticking to my left hip so I reached down to pull them away with my left hand. My hand went about half way in to that large wound you’ve seen on my hip . “WTF happened to me!” I remember thinking in somewhat of a panic. This was the first time that it really hit me that I was in such bad shape and then I really got scared. I just folded my arms across my chest, tried to calm down and didn’t move for the rest of the flight to the hospital in Cu Chi.