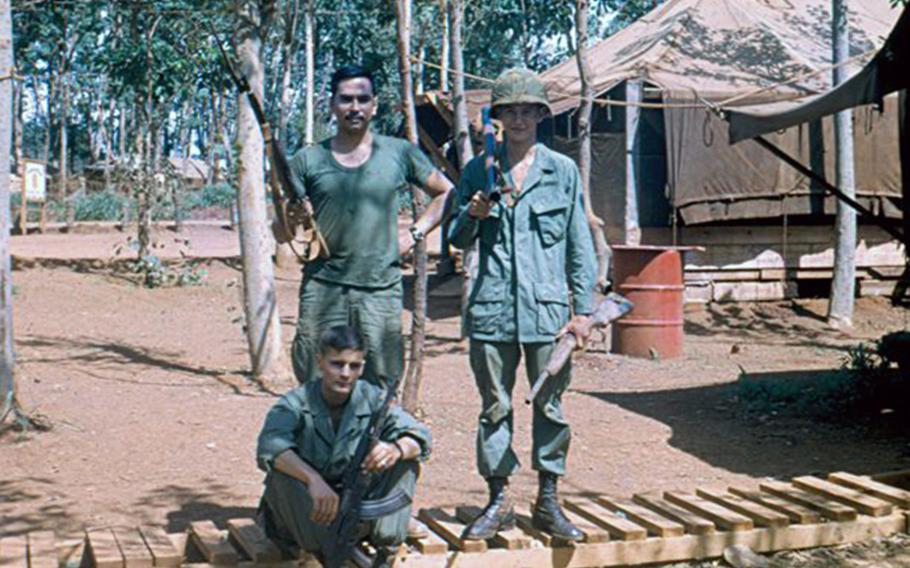 A ceremonial service in a base camp at Quan Loi, Vietnam, in 1968. (Courtesy of David Ziemke)

Halloween night at Firebase Rita in the Fishhook region, 3 miles from Cambodia.

We were overrun by more than 800 North Vietnamese troops; more than 100 RPGs were launched at us. We ended up lowering the barrels of our 105 Howies and did direct fire on them.

Many were able to get past the wire and we fought all night. Early in the morning we all heard the Air Force coming. The commanding officer (Lt. Col. Charles Calvin Rogers, Medal of Honor recipient for his actions in the battle) directed napalm within 100 meters of our site.

Scariest Halloween of my life!