Veterans of recent wars running for office in record numbers 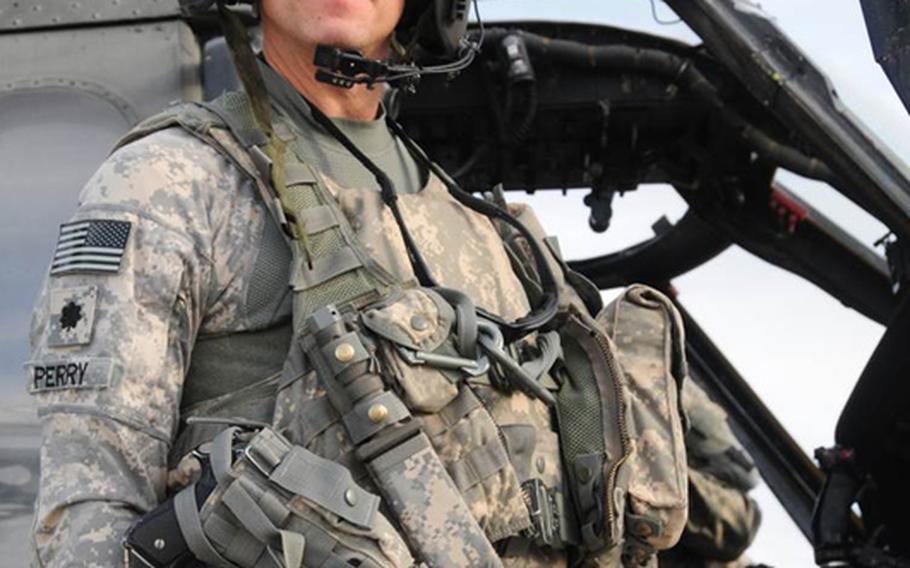 Republican Scott Perry, who is running for a U.S. House seat in Pennsylvania’s 4th district pictured with a Blackhawk helicopter in 2012. Perry is a helicopter pilot and a colonel in the Pennsylvania Army National Guard, who flew 44 missions and served 200 combat hours in the Iraq War during 2009 and 2010. (Courtesy Scott Perry) 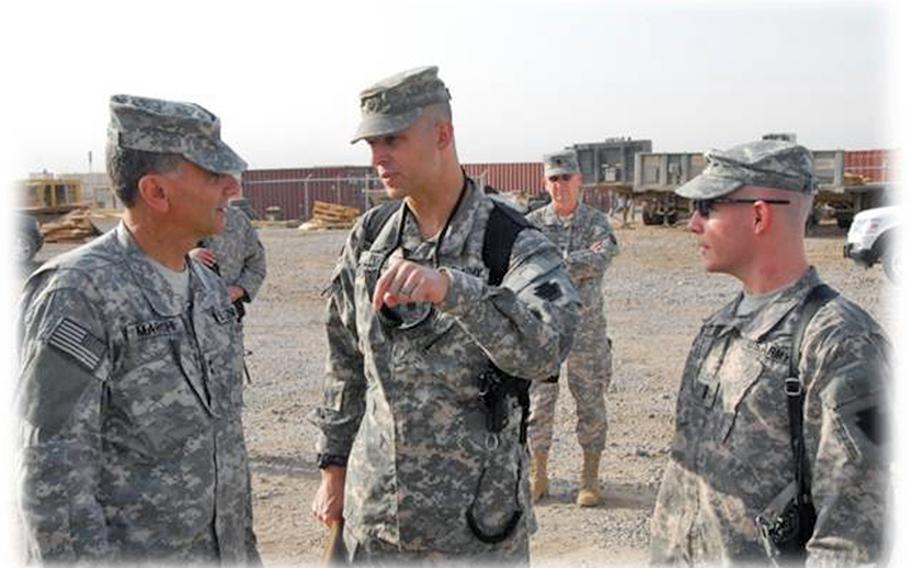 Republican Scott Perry, who is running for a U.S. House seat in Pennsylvania’s 4th district, pictured at the Ali Air Force Base in Iraq in August 2009. Perry, who was battalion commander of the 2nd Battalion, 104th Aviation is briefing Army Maj. Gen. Randall Marchi, then the Commanding General of the 28th Infantry Division. (Courtesy Scott Perry)

WASHINGTON &mdash; Veterans from the recent wars are running for national office in record numbers, and an independent analysis group is predicting that Congress could see an increase in lawmakers with military experience for the first time in 32 years.

Since 1980, the numbers of veterans in the House has been declining &ndash; but this election could turn the tide toward more veterans sitting in House seats, said Seth Lynn, director of the George Washington University&rsquo;s Graduate School of Political Management&rsquo;s Center for Second Service.

The center and its partner organization, Veterans Campaign, are nonpartisan groups that conduct research on military veterans&rsquo; representation in public office, as well as offer training for vets on how to get involved in electoral politics.

Currently 92 members of the House are veterans, Lynn said. Of the 189 veterans who have received their party&rsquo;s Congressional nomination this year, between 92 to 100 are expected to win, unless there&rsquo;s a surprise sweep of the House by Democrats in Republican-leaning districts, according to the analysis.

The surge in veterans in the House would be a welcome change for those who have long lamented the falling off of vets serving in Congress, experts say; vets know how to lead in the face of adversity, and they have a frontline understanding of the effects of Washington&rsquo;s foreign policy decisions.

From the 1960s to mid-1970s, veterans consisted of about three-fourths of the U.S. House, said Jeremy Teigen, an associate professor of political science at Ramapo College in New Jersey. But that number has now dwindled to about 25 percent, he said.

Those high numbers were partly due to the sheer number of servicemembers who served in World War II and the Korean War, he said. By stark contrast, less than 1 percent of the population has served in the Iraq and Afghanistan wars, with many servicemembers redeploying numerous times.

Iraq and Afghanistan war veterans represent much smaller percentage of the population &ndash; and a similarly small slice of the U.S. House. Only 10 members of Congress currently serving were deployed to the Middle East and Asia in support of the recent wars. All but one of them are Republicans.

For this election cycle, 38 House candidates and four Senate candidates with warzone experience are vying for office, by far the most representation that the Iraq/Afghanistan generation of veterans has seen in national elections since the start of the wars. Thirteen of the 42 hopefuls are Democrats.

But in a campaign that&rsquo;s focused mainly on economic issues, veterans have to be careful in building a candidacy around their service.

&ldquo;The advantage that veterans enjoy at the ballot box was not very frequent or very large,&rdquo; Teigen said, adding that his analysis over 10 years of Congressional election cycles only found two years in which it amounted to a small advantage, in 2002 and 2006.

When you look at factors such as incumbency and whether the district has a majority of Democrats or Republicans, he said, &ldquo;in most cases being a veteran doesn&rsquo;t move the needle.&rdquo;

That might be why many veterans in this year&rsquo;s elections, though certainly proud of their military service, aren&rsquo;t giving it top billing in their campaigns.

For instance, Scott Perry, a Republican state representative who is running for a U.S. House seat in Pennsylvania&rsquo;s 4th district, has more than 30 years of service in the National Guard. He is also a colonel in the Pennsylvania Army National Guard and commands the Guard&rsquo;s 166th Regiment at Fort Indiantown Gap. Yet Perry&rsquo;s campaign manager Tony Gray, a National Guardsman with 25 years of service, said, &ldquo;We&rsquo;re not out there saying, &lsquo;Vote for him because he&rsquo;s a soldier.&rsquo; &rdquo;

Aryanna Strader, 29, an Army veteran who served in Jordan during the Iraq War, talks about her military record in a similar fashion.

A Democrat running for a House seat in Pennsylvania&rsquo;s 16th district, Strader said she introduces herself to voters as &ldquo;an Iraq war veteran &ndash; and a mom of two kids and a small business owner.&rdquo;

&ldquo;It allows them to connect on different levels with me,&rdquo; she said.

Her military service is a big part of her success, however, having grown up as one of 10 children, living below the poverty line, she said. And she&rsquo;s also proud of how she&rsquo;ll represent also a number of &ldquo;firsts&rdquo; as a veteran, if she wins: &ldquo;I&rsquo;ll be the youngest female and only enlisted woman veteran in Congress.&rdquo;

Democrat Chris Fields, a candidate for Minnesota&rsquo;s 5th district House seat, served 21 years in the Marines and two extended tours in Iraq. He campaigns as someone who understands &ldquo;service and sacrifice&rdquo; but doesn&rsquo;t oversell that point.

&ldquo;We don&rsquo;t try to wrap ourselves in the flag and say the opposition is less patriotic because they didn&rsquo;t go into the military service, because that, in my opinion, would be false,&rdquo; he said.

For all of its perceived advantages, being a veteran can also be a disadvantage in fundraising, said Pete Hegseth, CEO of Concerned Veterans of America,

Being in military means &ldquo;you haven&rsquo;t spent years building donor bases,&rdquo; he said. A lot of veterans haven&rsquo;t been attending fundraisers and &ldquo;eating rubber chicken dinners for years, and then, they find themselves behind the power curve in fundraising and building up the old boys network.&rdquo;

Fields found that being a veteran can also be a distraction.

&ldquo;You have to fight back the stereotype,&rdquo; he said. &ldquo;Some people will assume that if you&rsquo;re a veteran, you want to spend more money on defense and will want to go to war longer &hellip; or they will think, because we don&rsquo;t experience massive layoffs that you&rsquo;re at a disadvantage in understanding&rdquo; what the civilian population has been going through.