Buy Photo
Koichiro Hazama, the chef at Brasserie Hashimoto, serves up some miso soup. The restaurant, in the heart of St. Johannes Markt in Saarbrücken, Germany, is all about authentic Japanese cooking. (Seth Robbins/Stars and Stripes)

Buy Photo
Koichiro Hazama, the chef at Brasserie Hashimoto, serves up some miso soup. The restaurant, in the heart of St. Johannes Markt in Saarbrücken, Germany, is all about authentic Japanese cooking. (Seth Robbins/Stars and Stripes) 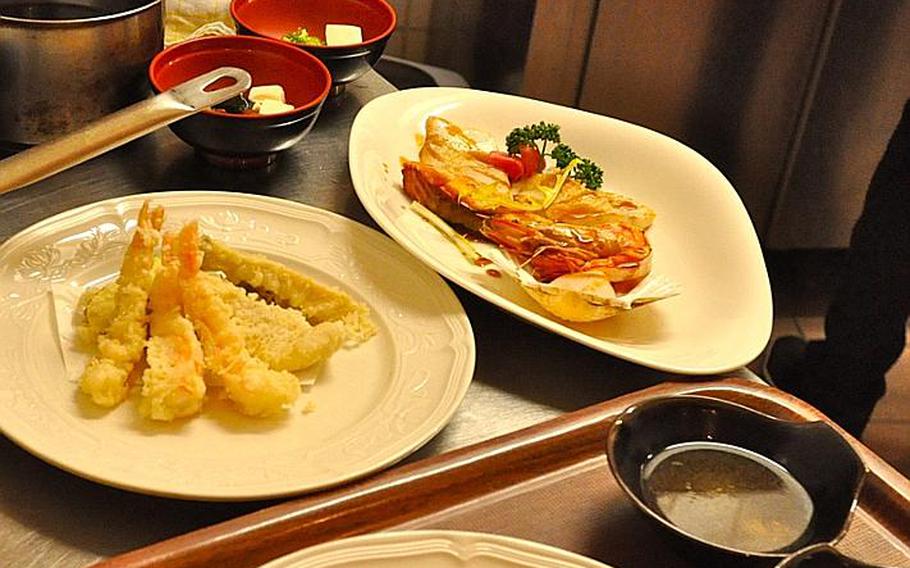 Buy Photo
Two of the appetizers offered at Brasserie Hashimoto: On the left is tempura, lightly battered shrimp and vegetables; at right is a variety of grilled items, including fresh fish, vegetables and some noodles. (Seth Robbins/Stars and Stripes) 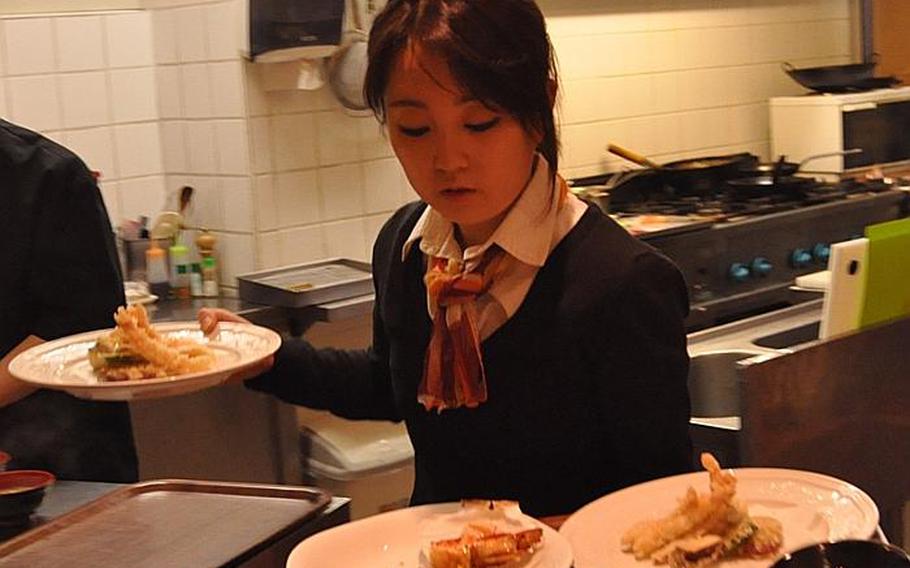 Buy Photo
Koichiro Hazama, the chef at Brasserie Hashimoto in Saarbrücken, Germany, makes sushi. The restaurant is all about authentic Japanese cooking, which means the freshest fish and ingredients, but no elaborate rolls. (Seth Robbins/Stars and Stripes)

The restaurant, in the heart of the city&rsquo;s St. Johannes Markt entertainment area, is all about the authentic Japanese experience, meaning the highest quality ingredients, freshest fish and talented cooks.

And if you demand a volcano roll, the chef will not only refuse to make it, but &ldquo;he&rsquo;ll get mad,&rdquo; says Kayoko Hashimoto, whose family came to Saarbr&uuml;cken from Toyama, Japan, 20 years ago and now owns two places to eat: the Brasserie and the formal restaurant Hashimoto.

This means airy, light tempura (battered, fried fish and vegetables); fresh raw fish flown in daily; balanced dipping sauces with hard-to-find Japanese condiments, such as grated daikon radish; and any number of treats at the whim of the chef.

The dining area is brightly lit but quiet, although it can become busy after about 8:30 p.m. Walls are a changing gallery of local art, and in the stairwell from the kitchen you can check out and purchase a variety of Japanese souvenirs &mdash; animal-shaped change purses, incense, ceramics, lucky-cat figurines.

The Hashimotos make it something of a mission to educate local people about Japanese food, and offer daylong cooking courses, in German. The sushi-making course almost always sells out, Hashimoto said.

Though the restaurant offers no volcano rolls, or dragon rolls, or spicy tuna with mayonnaise, you can order a California roll. That&rsquo;s not something to be found often in Tokyo, but a comfort for Americans nonetheless.

Directions: Near the heart of Saarbr&uuml;cken&rsquo;s pedestrian district, in the St. Johannes Markt. From Autobahn 6, follow signs toward the city center. Park anywhere near the pedestrian district and head for the main square; you will know you are there when you see a large fountain. The restaurant is in the small street behind the main square. Saarbr&uuml;cken also has a large train station, making it easy to get there by train.

Food: Sushi is the specialty, but there is plenty of variety. One set dinner offers miso or udon (noodle) soup, followed by a sushi course, seaweed salad, a meat course (choices include duck, lamb with Japanese spices, shrimp cooked in miso, teriyaki salmon) and dessert.

Prices: Reasonable for the level of cooking. Dinner for two, with sake and wine, came to 47 euros for two appetizers and four sushi rolls a la carte. The set menu described above is 30 euros per person. A bento &mdash; a traditional lacquered, sectioned box containing several dishes of the chef&rsquo;s choice &mdash; is 20 euros.

English menu: No, but items will be familiar to anyone who likes Japanese food. English-speaking customers are common here, and some of the staff speak good English.