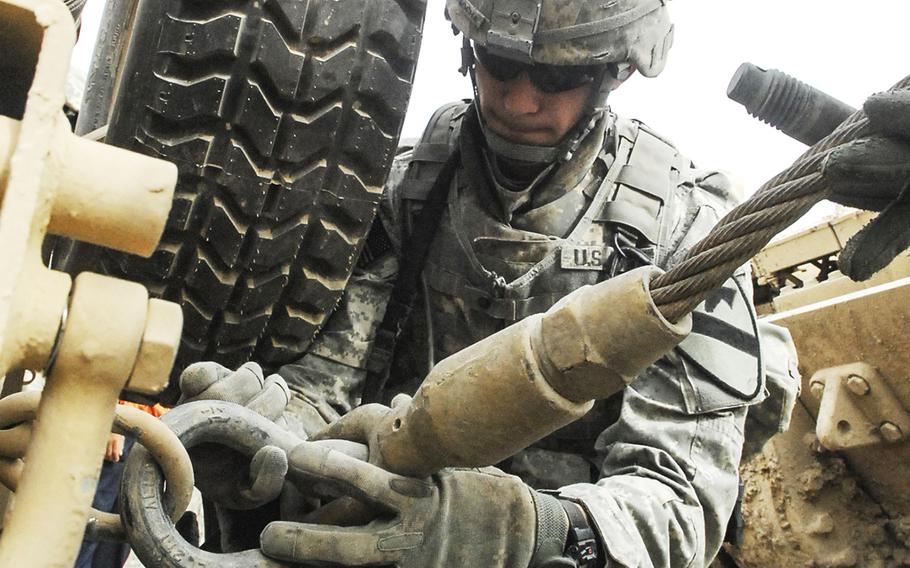 Monte Morin ©Stars and StripesBaghdad, Iraq, April, 2007: Spc. Krzysztof Socha secures a towing cable to the rear bumper of a Humvee that got stuck in the mud in the neighborhood of Shawra Wa Um Jidr. According to a Stars and Stripes story, "Such incidents are a common occurrence in open areas of New Baghdad, where broken water lines and pools of sewage soften patches of earth to the consistency of cake frosting. Large crowds of local Iraqis usually gather at such scenes, sometimes cheering when soldiers manage to pull their vehicles free."

RELATED MATERIAL:Stars and Stripes' 2007 story about the freeing of the Humvee.