A quagmire in New Baghdad? 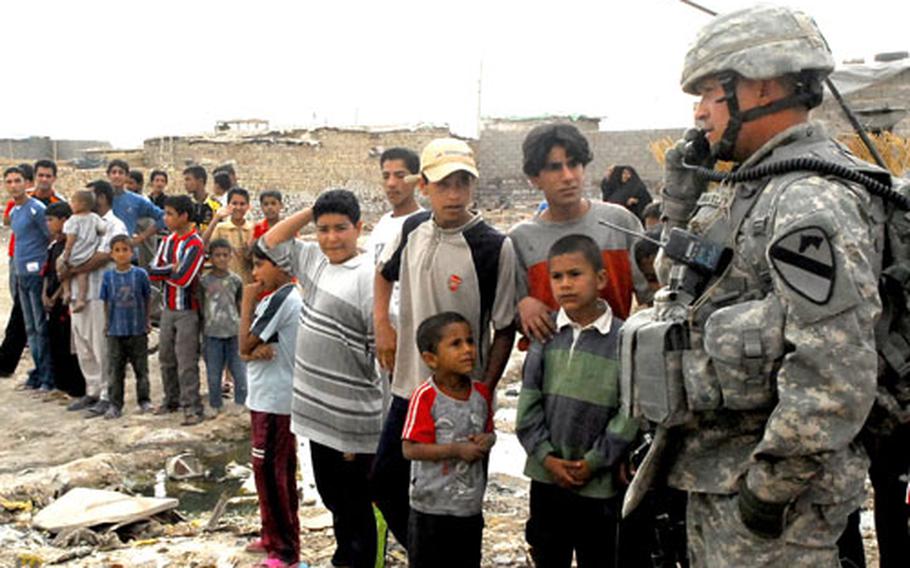 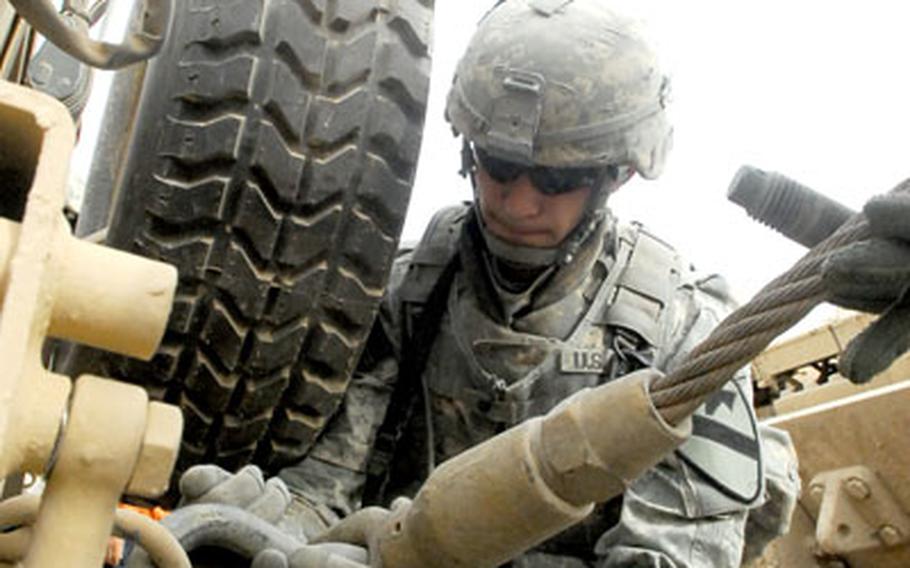 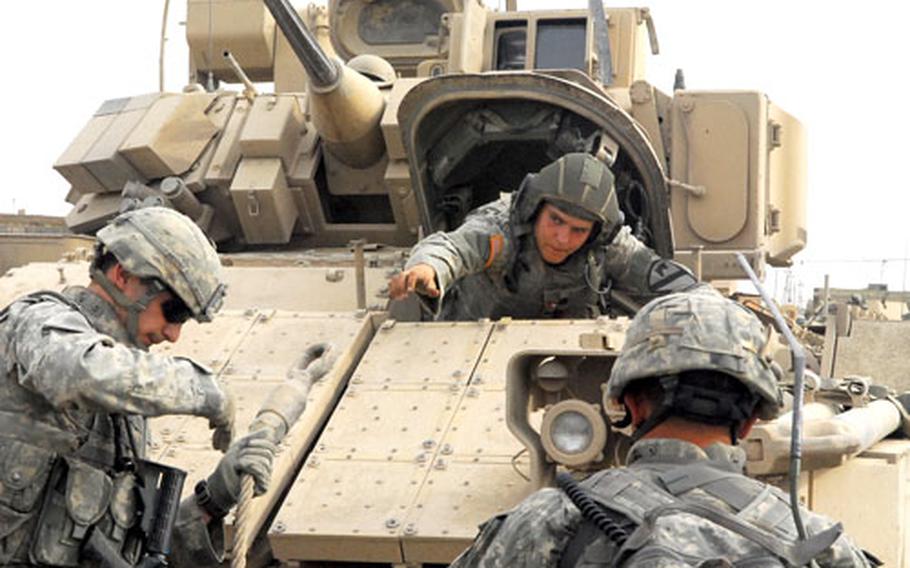 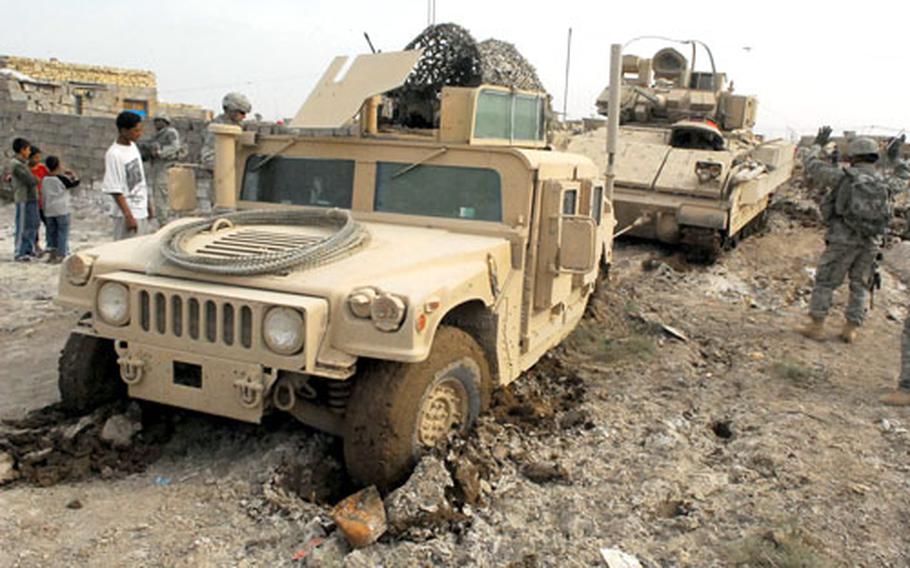 A Bradley Fighting Vehicle uses a towing cable to pull a Humvee out of a mud field on Monday in Baghdad. (Monte Morin / S&S)

BAGHDAD &#8212; With mass demonstrations against U.S. forces in Najaf on Monday, soldiers based in the heavily Shiite quarter of New Baghdad passed the day without serious incident.

Or at least that was the case until soldiers from 3rd Platoon, Company B, 1st Battalion, 8th Cavalry Regiment, 1st Cavalry Division found themselves bogged down in mud in the neighborhood of Shawra Wa Um Jidr.

First Lt. Brian Sbertoli, 24, of Wood Dale, Ill., had been meeting with local residents to gauge the public&#8217;s mood on the 4th anniversary of the toppling of Saddam Hussein, when his Humvee suddenly sank to the floorboards in an open field.

Such incidents are a common occurrence in open areas of New Baghdad, where broken water lines and pools of sewage soften patches of earth to the consistency of cake frosting. Large crowds of local Iraqis usually gather at such scenes, sometimes cheering when soldiers manage to pull their vehicles free.

On Monday, Sbertoli&#8217;s platoon used a Bradley Fighting Vehicle to tow the Humvee out of the muck, but only after the Bradley narrowly escaped the mud field as well.

&#8220;Legion Company,&#8221; as the unit is known, is attached to the 2nd Brigade Combat Team, 2nd Infantry Division, and are based at Forward Operating Base Hope.