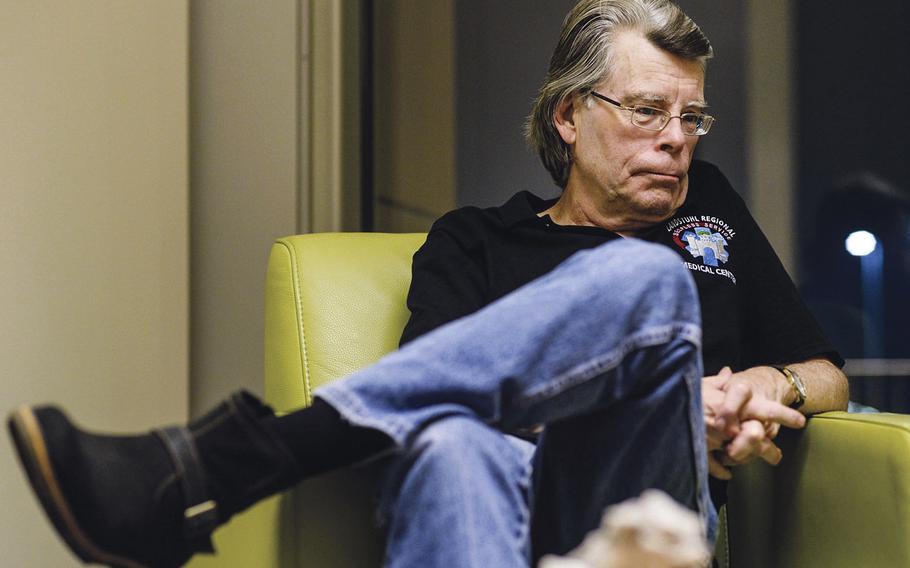 Joshua L. DeMotts/Stars and StripesGermany, November, 2013: Stephen King, the noted author of horror, suspense, science fiction and fantasy novels, speaks with a Stars and Stripes reporter during a visit to Ramstein Air Base and Landstuhl Regional Medical Center. "I met a woman backstage who said the smartest thing I ever heard,” King later told a Ramstein audience. "She said she read some of my books and then put a dead bolt on her closet, which I thought was a good idea, because that is where the monsters are."