Recovering a part of their past, 1996 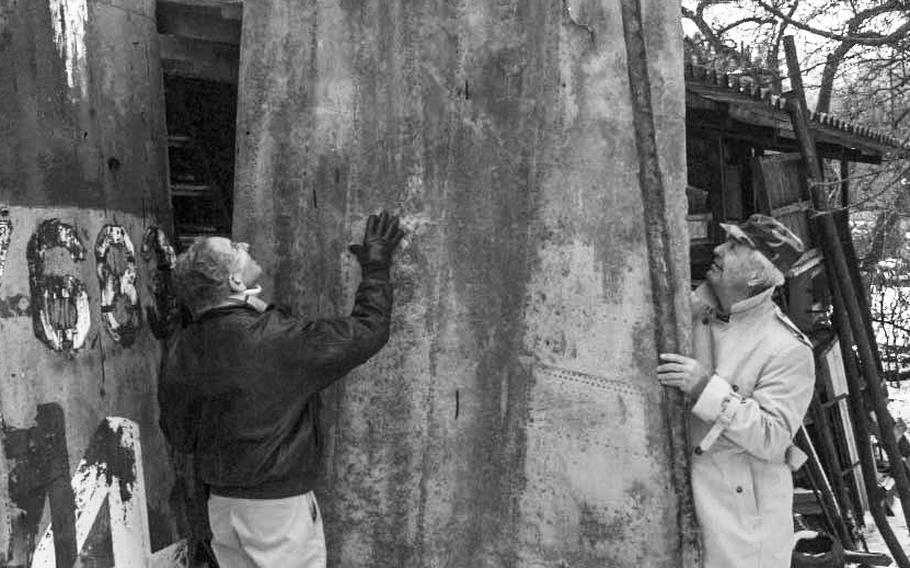 Ken George ©Stars and StripesBad Muskau, Germany, April, 1996: World War II pilots Dale Thornton, left, and Ted Narracci remove part of the tail section of their B-17 from a farmer's barn. They were on a bombing mission to Rhuland, just south of Berlin, on March 15, 1945, when the aircraft was shot down and they were taken prisoner.