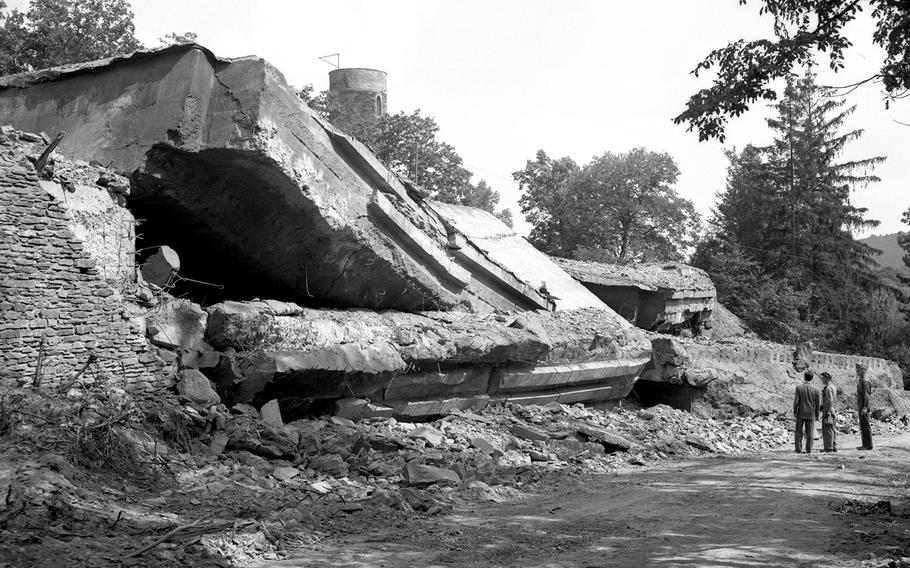 ©Stars and StripesZiegenberg, Germany, August, 1947: The wartime hideaway from which Field Marshal Gerd von Rundstedt was believed to have directed the German attack in the Battle of the Bulge is in ruins after being blown up by U.S. troops. A ton of TNT brought down the 225-foot-long underground hall, which featured walls seven feet thick. The five-week demolition effort by the 522nd Engineer Utilities Detachment was part of EUCOM's postwar demilitarization program.

RELATED MATERIAL: Stars and Stripes' 1947 story about the demolition effort.