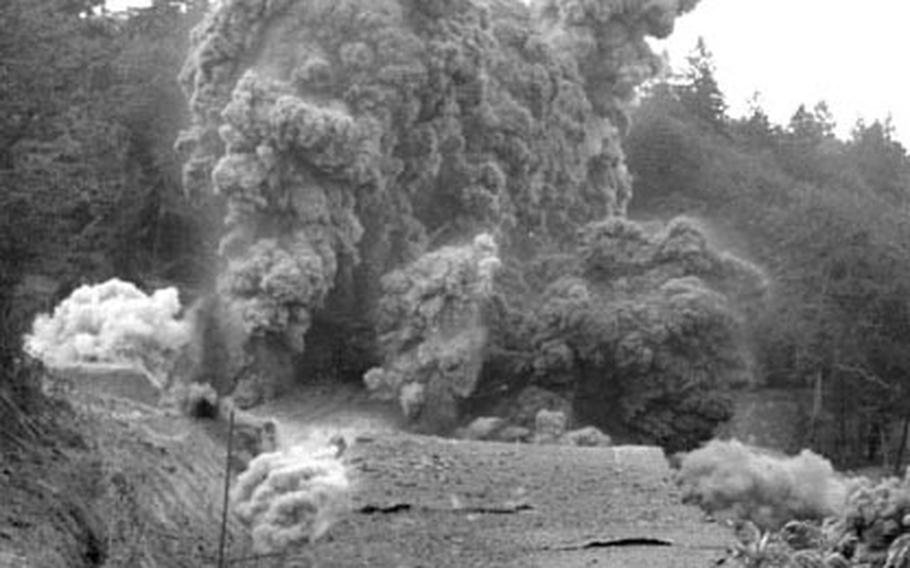 Buy Photo
A cloud of smoke and debris flies from the wartime HQ of Field Marshal Gerd von Rundstedt as a ton of TNT tears apart the underground bunker. (Stars and Stripes)

Buy Photo
A cloud of smoke and debris flies from the wartime HQ of Field Marshal Gerd von Rundstedt as a ton of TNT tears apart the underground bunker. (Stars and Stripes) 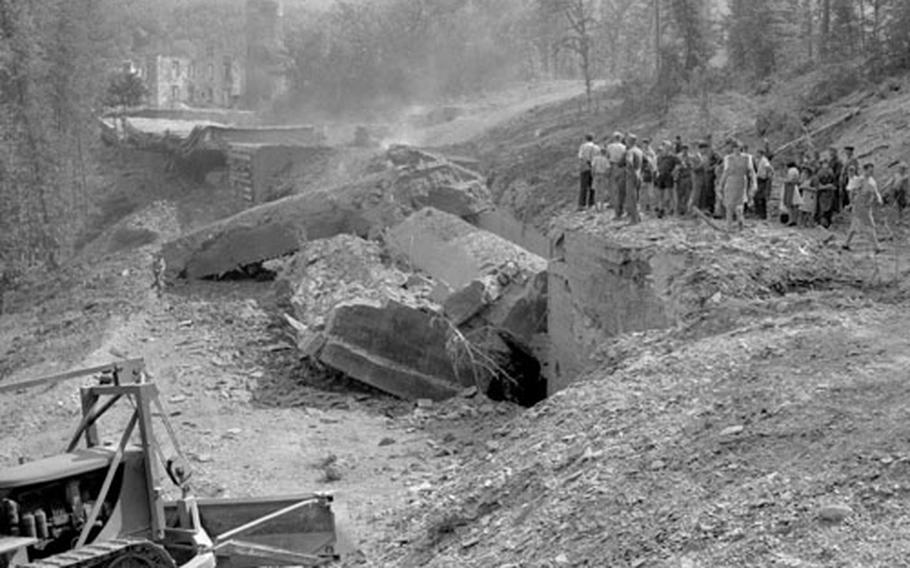 Buy Photo
The demolition project took over a month. (Stars and Stripes) 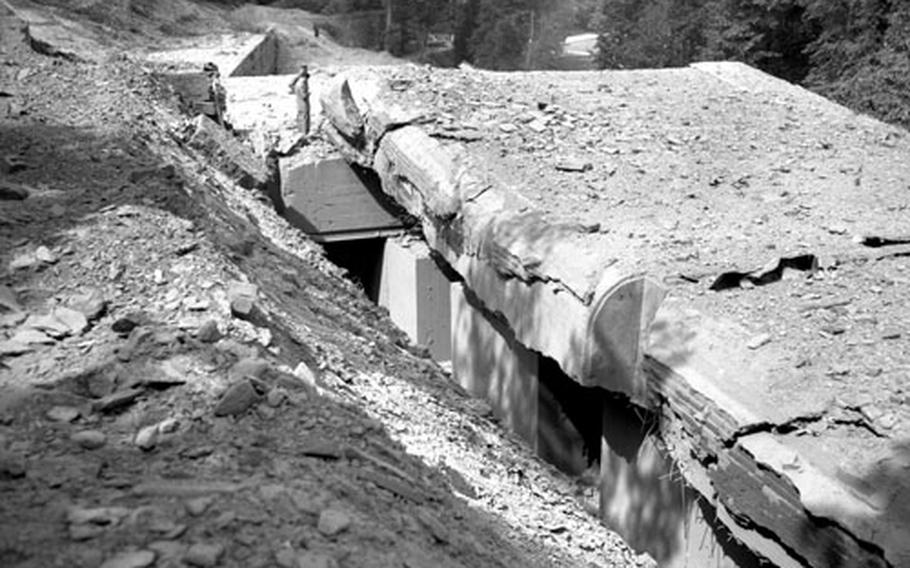 Buy Photo
The bunker's walls were made of reinforced concrete, seven feet thick. (Stars and Stripes)

The thunderous explosion, part of EUCOM's demilitarization program, practically finished the Army's demolition job on the long-secret Nazi hideout at Ziegenberg, reportedly the spot where the rigid-faced Von Rundstedt schemed and directed the Battle of the Bulge.

A single plunge of the detonator by 19-year-old T/5 Elmer D. Hoskin, of the 522nd Engineer Utilities Det., who personally directed the operation, shot a dark blue ball of smoke and stones 400 feet towards the sky and ripped the 7-foot-thick reinforced-concrete completely out of place. The ceiling of the colorfully-tiled passage was torn from its beams and huge chunks lay at right angles to their old position.

A few minutes before the blast, Hoskins, who comes from Nevada City, Calif., told newsmen, "I've helped blow up more than 50 air raid shelters in Frankfurt. On this job, I've already set off five separate explosions. But never anything like this. This will be the biggest of all. I guess I should be nervous but I'm not."

Capt. Bryce C. Rowen, of Reydon, Okla., commanding officer of the 522nd, said destruction of the Rundstedt camp, which began a month ago, will be completed next week.

When the hideout was built in 1940 as a "bomb-proof, detection-proof" headquarters for all Western Front operations, trees and shrubbery were replanted over it. These had to be cleared by bulldozers before the blasting.

Ten 200-pound cases of TNT were then placed inside the brightly-tiled passage about 12 feet apart. At least seven tons of TNT will be used before the demolition is over, Hoskin said.