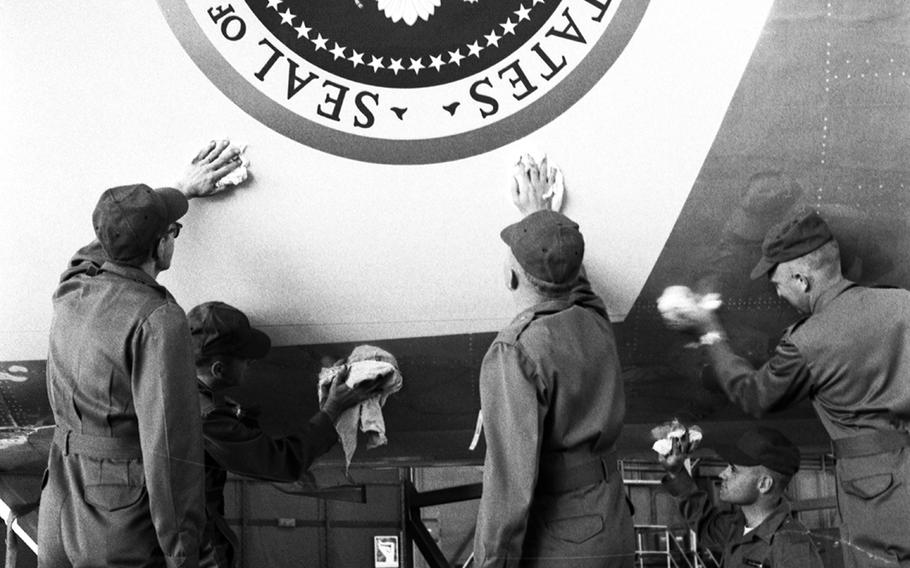 Bob Milnes ©Stars and StripesAndrews Air Force Base, Md., July, 1966: Members of the maintenance crew for the fleet of presidential aircraft polish the exterior of the plane that's known as SAM 26000 while in the hangar, but as Air Force One with President Lyndon Johnson aboard. This aircraft is now on display at the National Museum of the U.S. Air Force in Dayton, Ohio.

RELATED MATERIAL:Stars and Stripes' 1966 story about the presidential aircraft fleet.