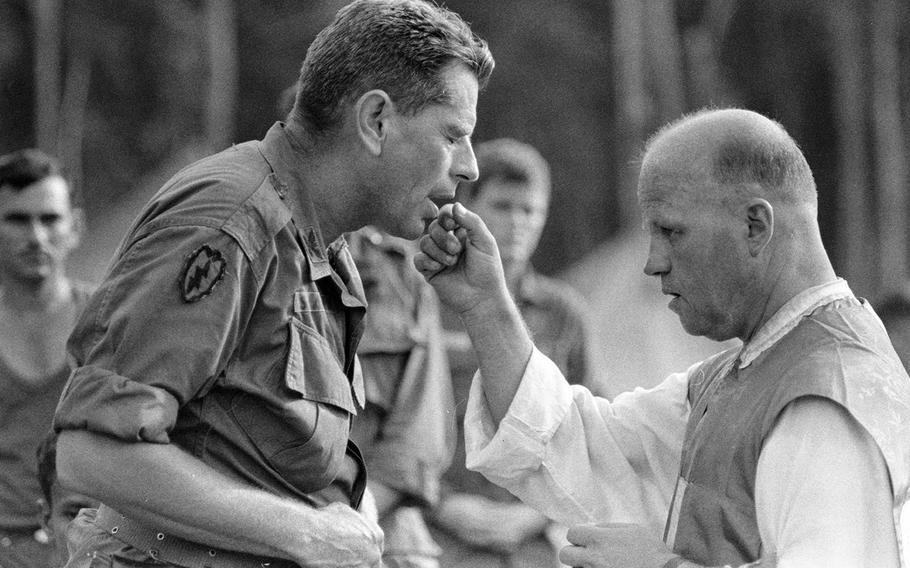 Allen Fasoldt ©Stars and StripesSouth Vietnam, November, 1966: A soldier receives communion from Catholic chaplain Maj. Michael S. Filip of the Archdiocese of Detroit during Mass at a 25th Infantry Division, 1st Battalion, 14th Infantry field camp near Plei Djereng in Pleiku province. The day before this day of rest, many of the soldiers attending the service were battling for their lives. "Some were already old pros prior to tackling the tortuous trek across the densely-wooded slopes of the central highlands where, in a fierce fight, they killed 24 enemy and captured two," a Stars and Stripes story said. "Some were raw rookies. Now all were combat veterans."

RELATED MATERIAL: Stars and Stripes' 1966 story about the soldiers at the camp.