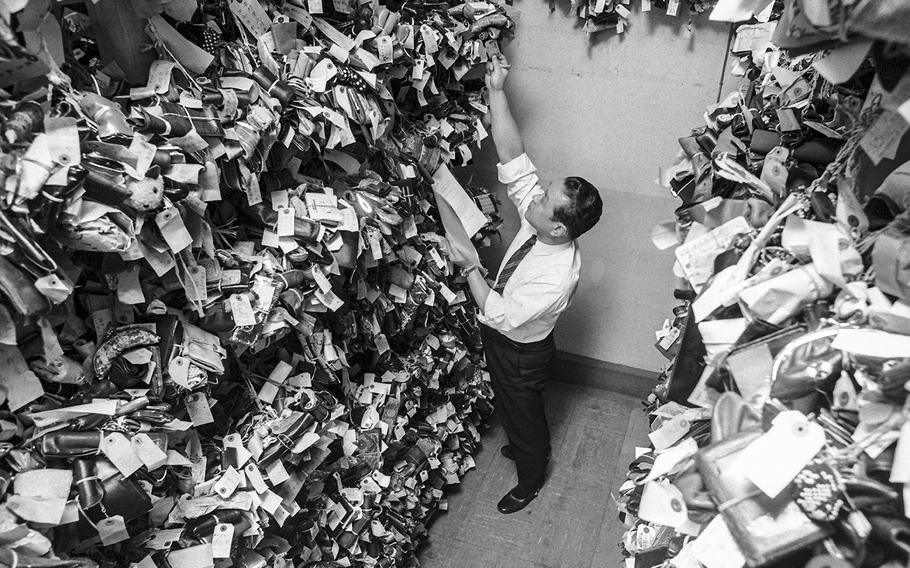 Bob Wickley ©Stars and StripesTokyo, December, 1975: Masao Iizuka, director of the Tokyo Metropolitan Police Department's Lost and Found Center, searches for an umbrella among shelves that hold 120.000 of them that were left on trains and buses, in taxis and department stores, and then transferred to the police.

RELATED MATERIAL: Stars and Stripes' 1975 story about the Lost and Found Center.