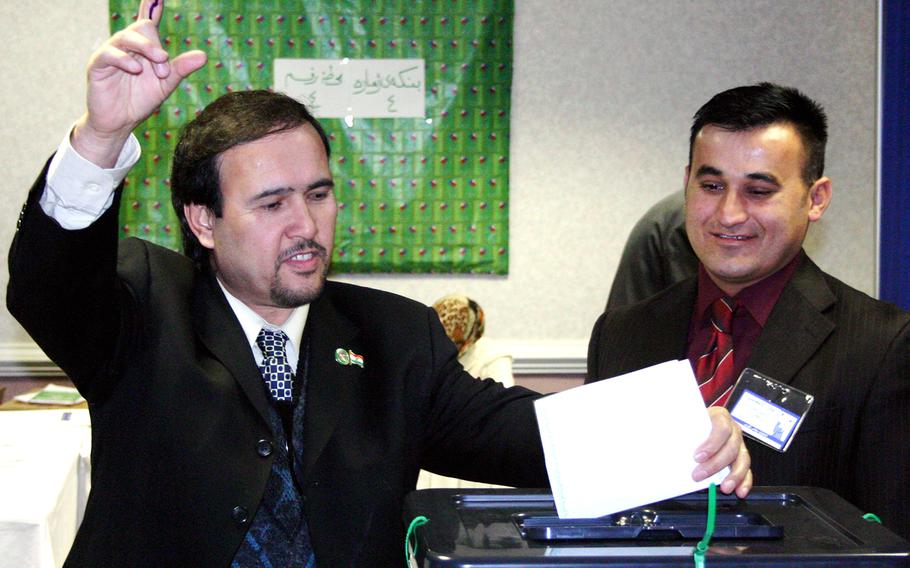 ©Stars and StripesMcLean, Va., December, 2005: Abdul Mohammad of Manchester, N.H., raises his purple-dyed finger in celebration as he casts his ballot in the Iraqi election at a Washington, D.C.-area hotel, one of eight sites in the U.S. where expatriates could vote for their home nation's first democratic parliament. The purple dye is a traditional method of preventing people from voting more than once.