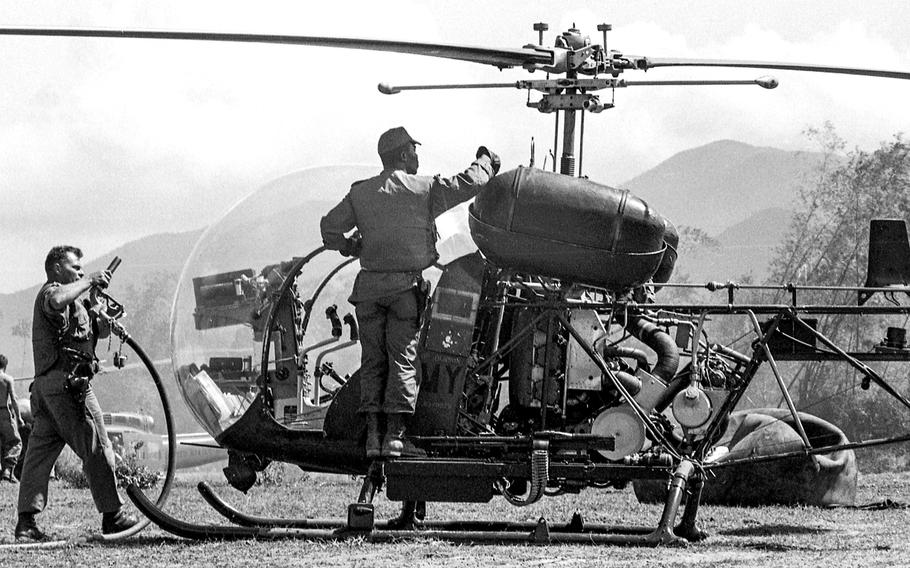 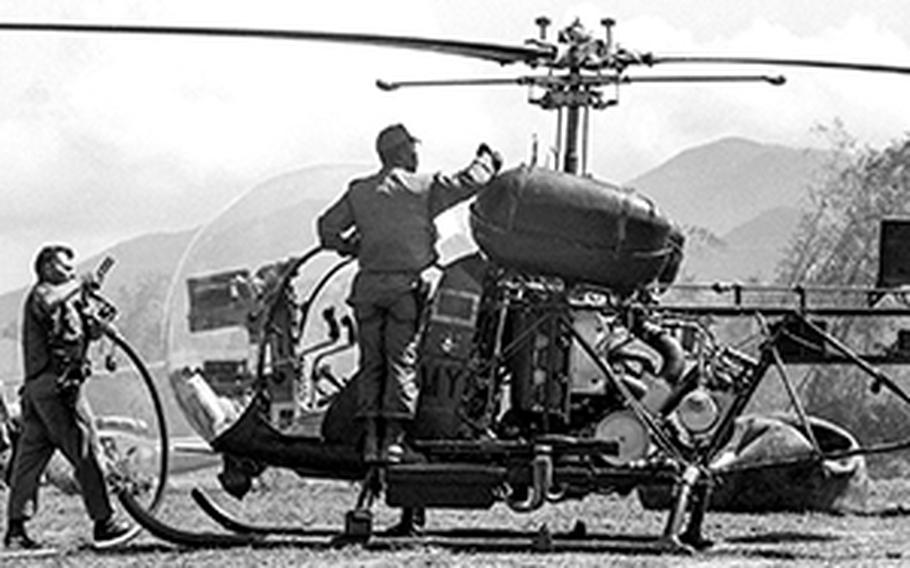 Gary Cooper ©Stars and StripesBong Son, South Vietnam, February, 1966: An H-13 helicopter is refueled and readied for another mission during Operation White Wing. "These men who fly the 10 'Scout' H-13s of the 1st Sq., 9th Cav., are almost totally exposed to anyone shooting at them," a Stars and Stripes story noted. "Scouts are much smaller than Hueys and have only a frame for a tail. The pilot sits in a plastic bubble which gives him maximum visibility as he flies over treetops."

RELATED MATERIAL: Stars and Stripes' 1966 story about the H-13 helicopters.