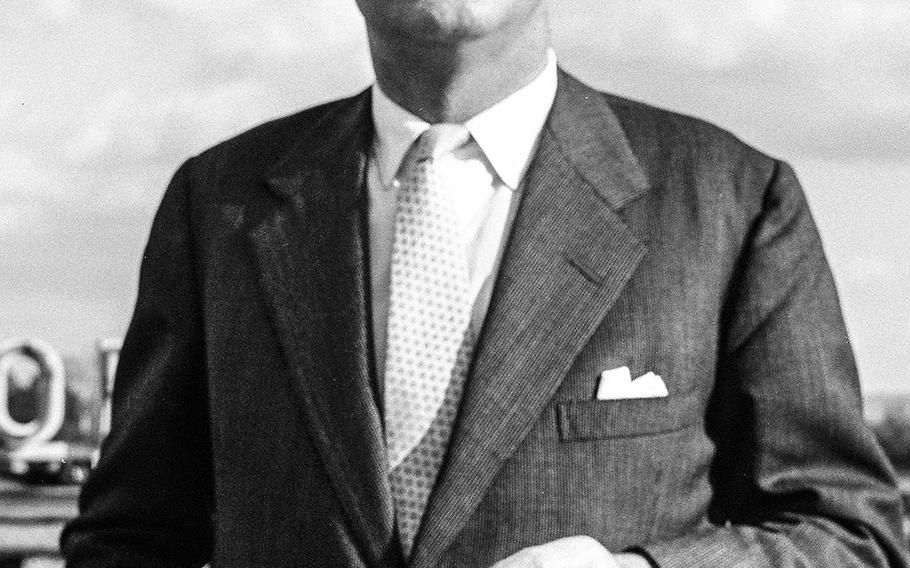 Ernie Weatherall ©Stars and StripesWest Germany, October, 1959: Adolf Galland, World War II flying ace and commander of Germany's fighter aircraft force during the war, poses for a photo. His 1996 obituary in Stars and Stripes said he was described by veteran British pilots as fighting in the tradition of "Manfred von Richthofen — the 'Red Baron' of World War I."