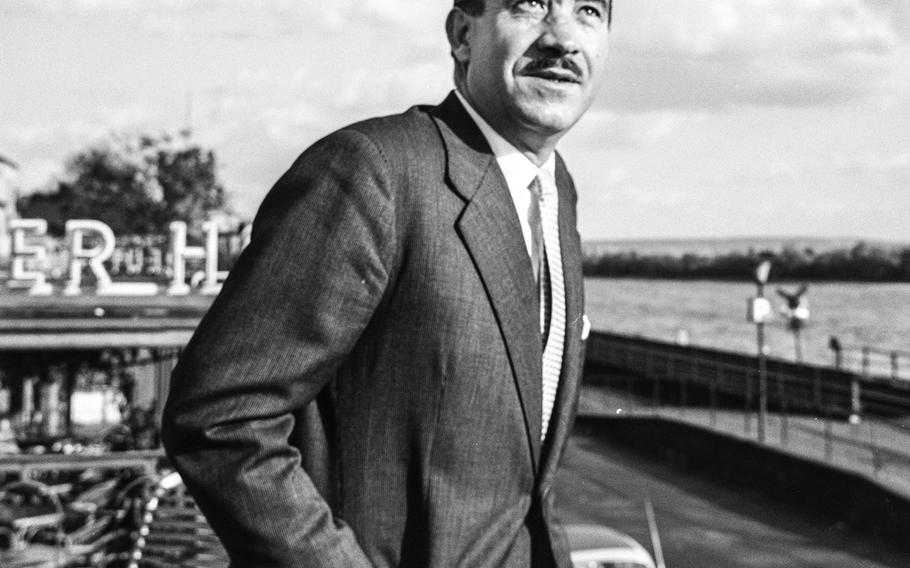 Galland died Feb. 9 in the western German city at the age of 83.

Galland, the youngest general in Adolf Hitler's Luftwaffe at age 29, is credited with 104 "kills."

More than 300 people packed the St. Laurentius Church in Remagen during the four-hour memorial ceremony that drew British and American as well as German veterans and active-duty airmen.

Galland is described by veteran British pilots as fighting in the tradition of the chivalrous Manfred von Richthofen — the "Red Baron" of World War I.

Galland reportedly infuriated his commander, Hermann Goering, by asking for a wing of Spitfires for his unit after the British began to get the upper hand in the Battle of Britain.

After tallying his 40th kill and adding the Oak Leafs medal to his Knight's Cross, he also offended Hitler by asking him to cease radio propaganda mocking the Royal Air Force.

Galland, his former foes said, tangled with the best the Allies had to offer, such as the RAF's Robert Stanford-Tuck. Tuck, shot down over France, became friends with Galland while a prisoner of war. After the war, they lectured together in the United States, visited each other and went on wild boar hunts in Germany together.

Galland became interested in military flying in 1932. He was trained in Italy during the time of the Weimar Republic because the Versailles Treaty, which ended World War I, barred Germany from rebuilding a military force.

Hitler came to power in 1933 and began to rearm openly, A year later, Galland was a fighter pilot instructor in Schleisheim, Bavaria. Later he was posted to the 1st Fighter Wing named after Richthofen.

During the Spanish Civil War, Galland participated in Germany's Legion Condor that supported the man who was to become the fascist dictator of that country for generations, Francisco Franco.

In disagreement with Goering over how World War II was being fought, Galland was removed from his post and put under house arrest.

Galland had made up his mind to commit suicide when Hitler intervened and put him at the head of an elite squadron equipped with the new Messerschmitt jet planes that caused the Allies a lot of problems but proved to be too little too late. The Germans lacked the fuel and even the number of jets that could have meant a change in the tide of the war.

Forced to the ground during a battle with Allied P-51 Mustangs, Galland suffered injuries that put an end to his fighting days. Galland was released from a prisoner of war camp in 1947 and recruited by Argentina to develop its air force.

In 1955, he returned to Germany, where he joined the Air Lloyd company and became its chairman. Throughout the postwar period, Galland was much in demand as an aviation consultant.

Galland is survived by his third wife and two adult daughters.