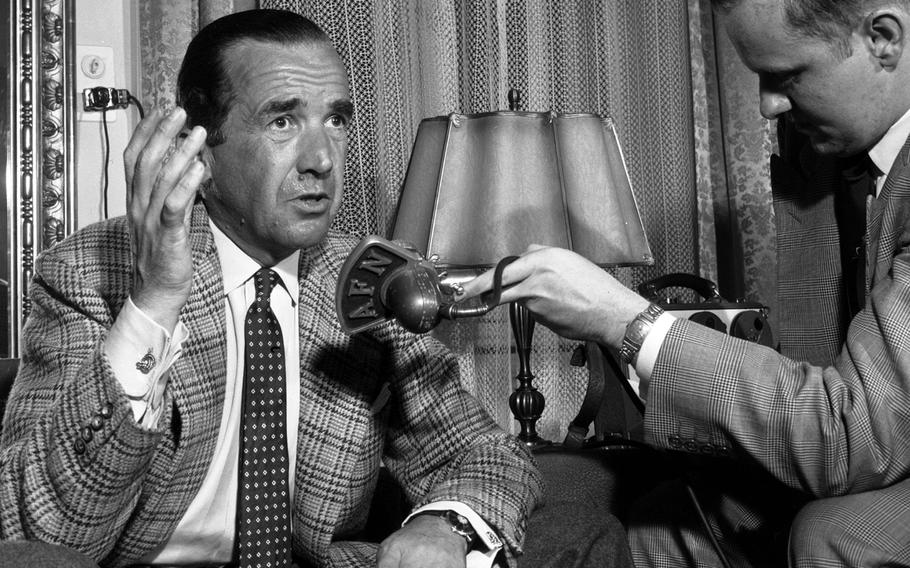 Red Grandy ©Stars and StripesWiesbaden, West Germany, April, 1956: CBS newsman Edward R. Murrow is on the other end of the microphone this time as he talks to reporters during a stop in Wiesbaden, where he received a USAFE briefing before moving on to Tripoli to begin gathering material for a pair of programs on Africa. Murrow was most famous for his broadcasts from London during the German bombings of World War II, and for taking on Red-baiting Sen. Joseph McCarthy.