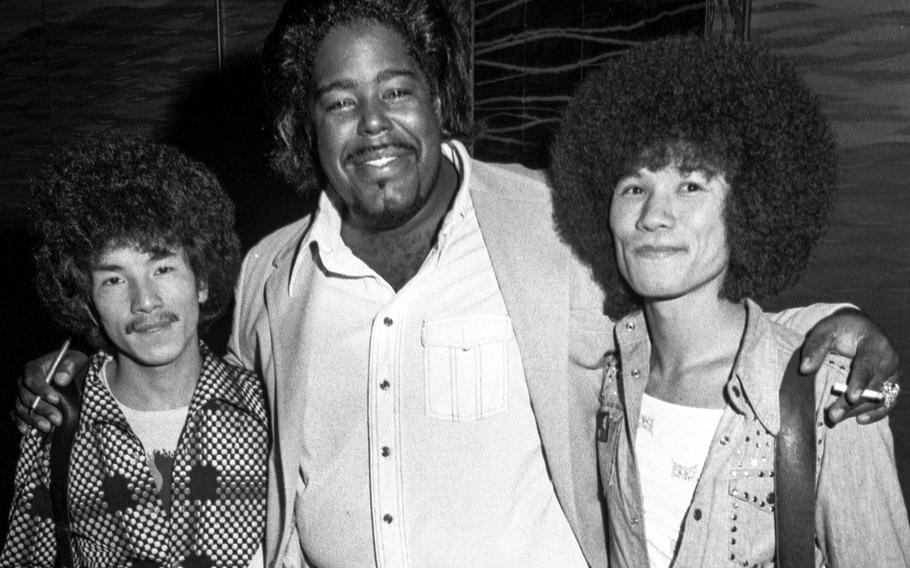 Edward Dixon ©Stars and StripesTokyo, September, 1974: Two fans pose with Barry White during the deep-voiced singer-songwriter-producer's first tour of Japan. "I'm about as low as you can get," White said of his voice. "I've compared Marvin Franklin's [of the Temptations] lowest note by singing along with him while playing records, and his lowest note is like a high note to me."