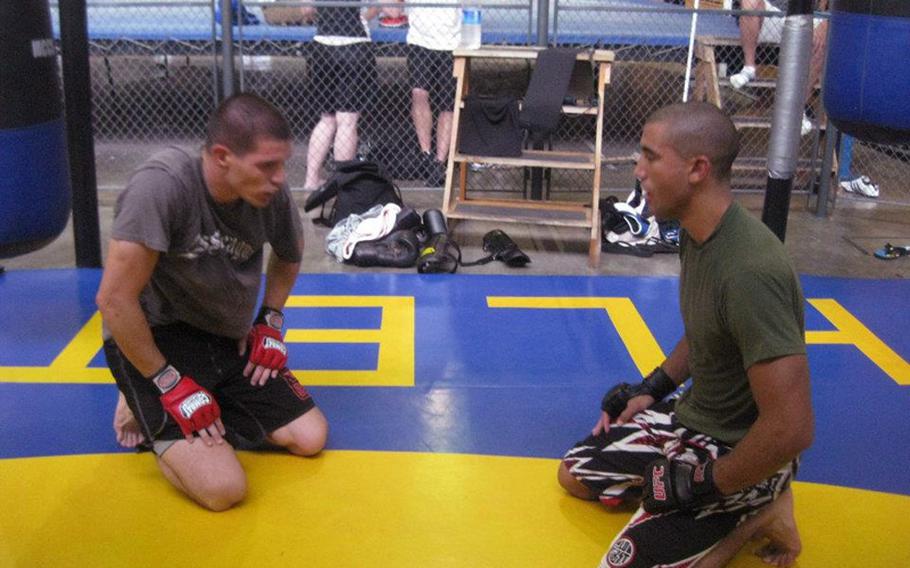 The Marines have enacted more stringent guidelines on who can and cannot participate in off-duty mixed martial arts events. The sport is wildly popular amongst members of the military community today and the Marine leadership is trying to reduce the number of injuries of those participating. (Courtesy of the Military Alliance Fight Team)

The Marines have enacted more stringent guidelines on who can and cannot participate in off-duty mixed martial arts events. The sport is wildly popular amongst members of the military community today and the Marine leadership is trying to reduce the number of injuries of those participating. (Courtesy of the Military Alliance Fight Team) 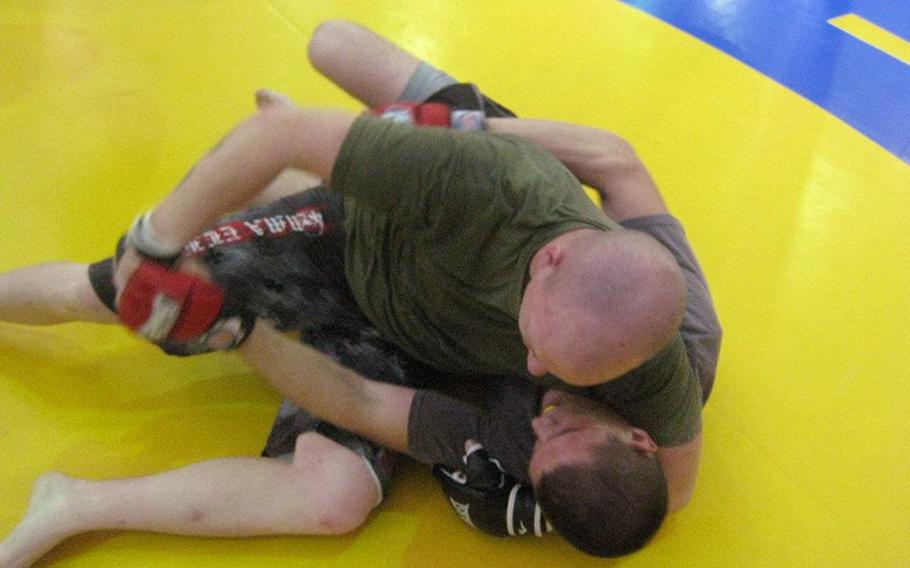 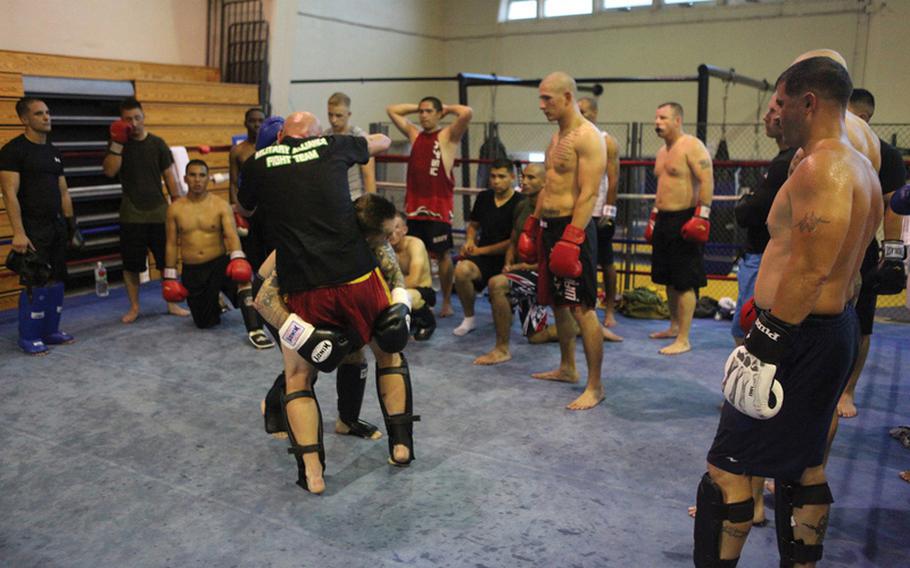 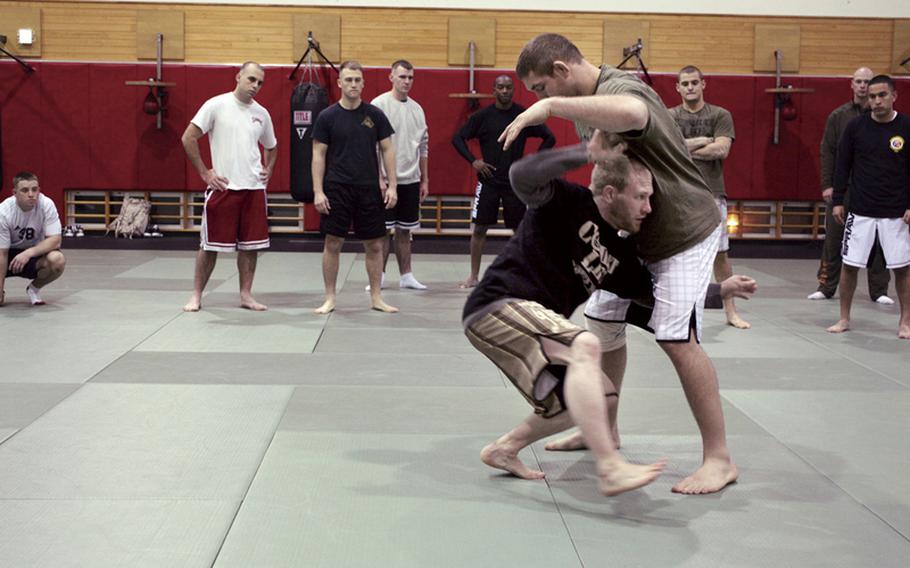 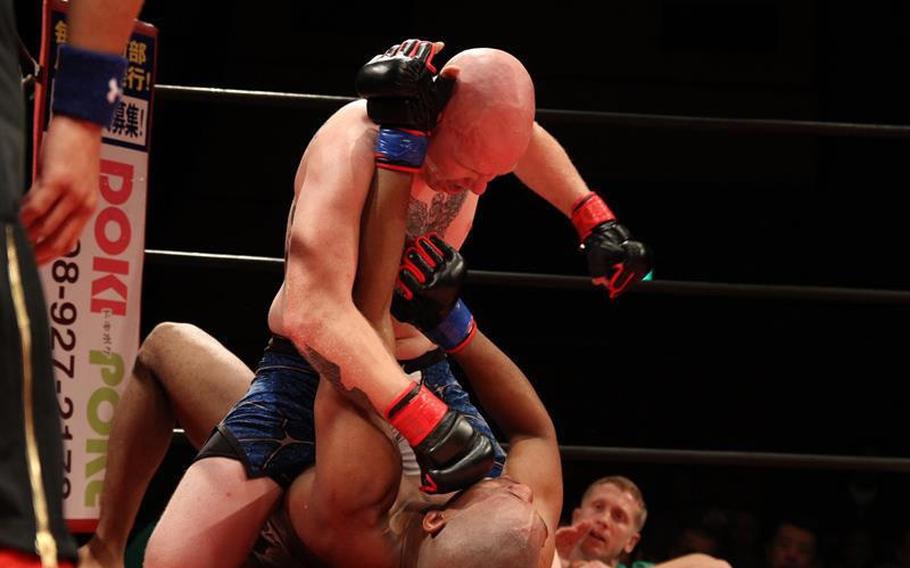 SASEBO NAVAL BASE, Japan - As the popularity of mixed martial arts has exploded in the military, injuries to participants have also increased.

Though the number of twisted knees and separated shoulders might be relatively low, two Marine Corps commands in the Pacific have decided a policy is needed to protect their troops.

In January, the III Marine Expeditionary Force and Marine Corps Installations Pacific released a policy letter intended to take the &ldquo;Fight Club&rdquo; mentality out of the Marines and sailors who practice the discipline, allowing only those who take the sport seriously to participate. Under the order, unit commanders will look into safety &mdash; including seemingly minute details such as mouthpieces, gloves, the distance to the nearest medical facility and even the condition of the car a servicemember is driving &mdash; before approving a request to participate.

The purpose &ldquo;is to provide a framework and minimum standard for commanders and service members wishing to participate in mixed-martial arts competition to enable them to identify potential risks and implement controls to minimize those risks,&rdquo; Marine spokesman Staff Sgt. Michael Freeman said in an email to Stars and Stripes.

The move has MMA devotees applauding their leadership even while the Corps potentially asserts more influence over what Marines and attached sailors can and can&rsquo;t do in their spare time.

Before the Corps&rsquo; involvement, some Marines participated in disorganized training and events they weren&rsquo;t prepared for, which basically amounted to a toughest-man competition, Kessler said.

According to a recent article in the Military Medicine journal, knee injuries are the most common ailment among servicemembers partaking in mixed martial arts, followed by shoulder injuries.

The Marines reported 159 injuries in 2009, a 62 percent increase from the previous year, the journal reported. Marines from the III MEF and other Pacific installations have suffered 10 MMA-related injuries that required care beyond initial first aid since 2008, ranging from cuts to fractured shoulders and hands, Freeman said.

The Army documented 190 injuries from 2006 to February 2010, most of them relatively minor, the journal said.

Dr. James Bender, a former Army officer, psychologist and amateur mixed martial arts fighter who works with the Defense Centers of Excellence for Psychological Health and Traumatic Brain Injury, said that while concussions do happen and need to be taken seriously, they are far less common than a sprain or fracture. Those injuries sometimes go unreported because their symptoms are not as evident as a laceration or a broken bone.

&ldquo;Anecdotally I can tell you that I&rsquo;ve never seen a serious injury in all the training I&rsquo;ve done,&rdquo; said Bender, also a Level I Combatives instructor. &ldquo;Most people who train smartly avoid injury. I think the risk is well worth the reward.&rdquo;

MMA has grown exponentially in recent years with the rise of the Ultimate Fighting Championship and other organizations, and has challenged even boxing in popularity due to its fast pace, explosive knockouts and eye-popping submission moves.

Pay-per-view events that air almost weekly in the States can be viewed free on the American Forces Network.

The sport combines a variety of disciplines, including Brazilian jiu-jitsu, boxing, wrestling and grappling. Athletes sport a mouthpiece, 4-ounce gloves and shorts or traditional martial-arts clothing, and fight on their feet as well as on the ground.

The military has fully embraced the disciplines involved as well as MMA&rsquo;s rising popularity in the past few years, with the Marines starting their own Marine Corps Martial Arts Program in 2000, Freeman said.

However, the program is far from sport, Kessler said. The Marines train to save lives in combat, wearing full combat gear during classes if necessary. MMA can be used to complement those skills, Freeman said.

&ldquo;Marines and sailors are particularly attracted to the sport because it complements their warrior ethos and helps enhance or showcase skills acquired through Marine Corps martial arts training,&rdquo; Freeman said.

Bender added that it is important to keep a balance where the training is realistic and maintains its integrity, but at the same time, keep injuries down, because the training is lifesaving.

&ldquo;I think it&rsquo;s very important and practical,&rdquo; Bender said in an email to Stars and Stripes.

&ldquo;While most servicemembers will never engage the enemy in hand-to-hand combat, a few will. It&rsquo;s a possibility that&rsquo;s worth preparing for.&rdquo;

In Okinawa, most MMA bouts take place off base because the Marines don&rsquo;t have the money to stage the costly events, which require specialized medical staff and referees schooled in stopping a fight in time to prevent serious injury, Kessler said. The 35-year-old Marine, who has been practicing the art form since age 9, said the Japanese take MMA seriously and put on high-quality events with those safety measures in place.

Kessler&rsquo;s fight team was started about a year ago to help a Marine prepare for a fight out in town. It has brought organized training onto the base as students across a broad range of disciplines get together at Gunner&rsquo;s Gym four afternoons a week to train.

So far, they have had nine fighters participate in 10 local fights with only one loss by decision &mdash; and more importantly, no injuries.

Their numbers have swelled, and in the summer, there were as many as 15 Marines training on any given day. Kessler said he has seen the sport grow in popularity even since March and expects more people to come out and train with them, something that requires a great degree of dedication.

Kessler works out constantly, counts carbohydrates in his diet and declines guilty pleasures like soda. He said MMA offers Marines and sailors an outlet that serves as an alternative to drinking and making poor choices.