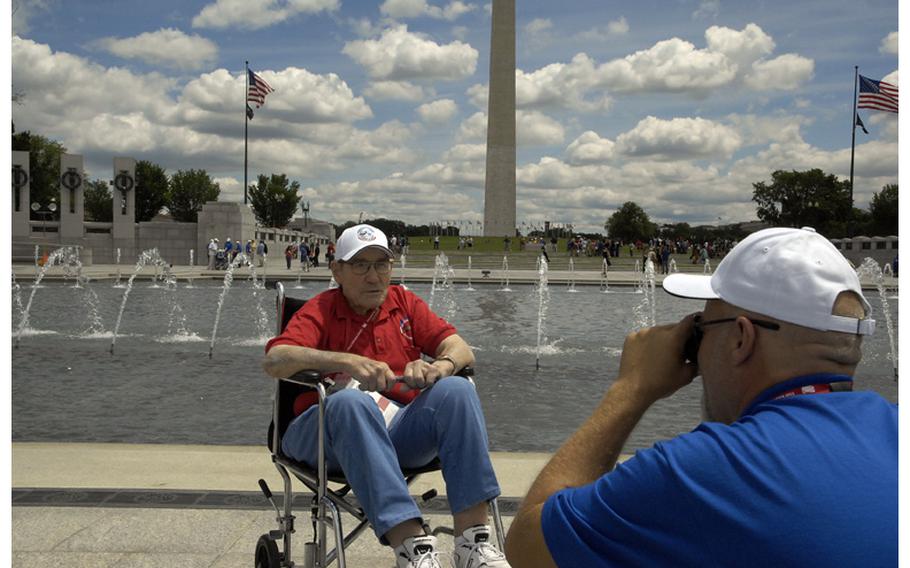 D-Day veteran Richard Main, 90, has his picture taken while visiting the WWII Memorial in Washington, D.C., on June 5, 2012. (Carlos Bongioanni/Stars and Stripes)

That's how Richard Main, 90, described his D-Day experience 68 years ago when he landed on Utah Beach in Normandy, France.

As part of a tank destroyer battalion, Main came ashore in relative safety in his armored vehicle. But his sense of humanity was wounded when he saw infantry troops drowning in high water and others getting mowed down on the beach by German machine gun fire.

Nearly seven decades later, Main would like to forget the 'bad deal' those infantry troops faced that day, but the images still haunt him.