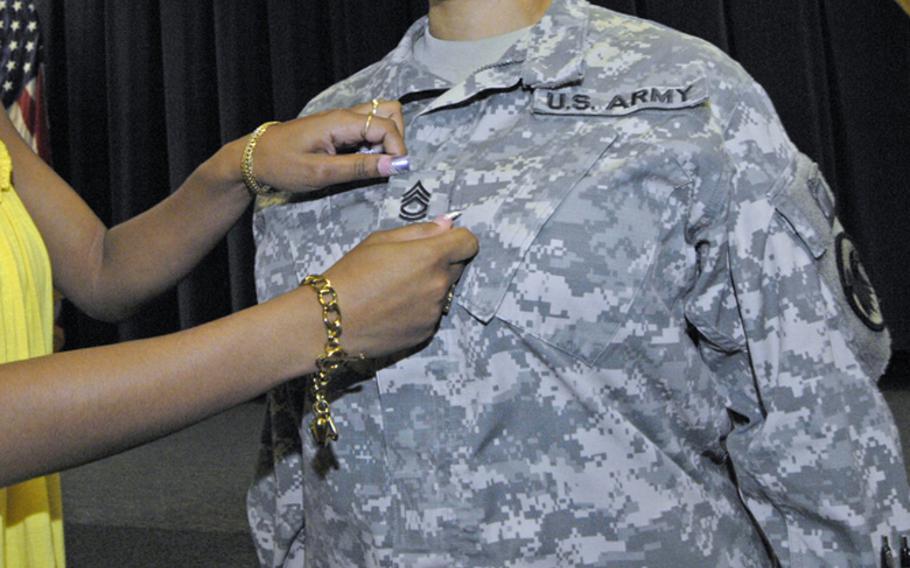 WIESBADEN, Germany &mdash; The Army plans to trim its enlisted ranks of staff sergeant and above starting in April according to a Nov. 14 memorandum.

The memo, signed by Thomas R. Lamont, assistant secretary of the Army for manpower and reserve affairs, says the Army will use the Qualitative Service Program to identify noncommissioned officers for involuntary early separation from active duty.

Army spokesman Lt. Col. Timothy Beninato wrote in an email to Stars and Stripes that the memo was &ldquo;inadvertently distributed&rdquo; and added that details are still being refined. He said specifics should be released in the coming weeks.

Troops will be evaluated for early separation based on three board processes, according to the memo.

The first board, affecting the ranks of sergeants first class and above, will consider senior NCOs &ldquo;for denial of continued service whose performance, conduct, and/or potential for advancement may not meet Army standards.&rdquo;

The other two boards will target staff sergeants and above who are in a job &ldquo;where the 12-month operating strength projections exceed 100 percent&rdquo; and in jobs where the time it takes a soldier to get promoted exceeds the Army standard.

The memo states that staff sergeants will have the opportunity to switch to a job that is short-staffed.

&ldquo;In light of this decision, the Army is analyzing the requirements of future force in a time of decreased resources to determine the overall makeup of the force, to include the disposition of all Army capabilities and units,&rdquo; Prince wrote in an email to Stars and Stripes.

George Wright, another Army spokesman, said the Army has a range of options with which to manage personnel strength and many were used in the early 1990s to manage levels.