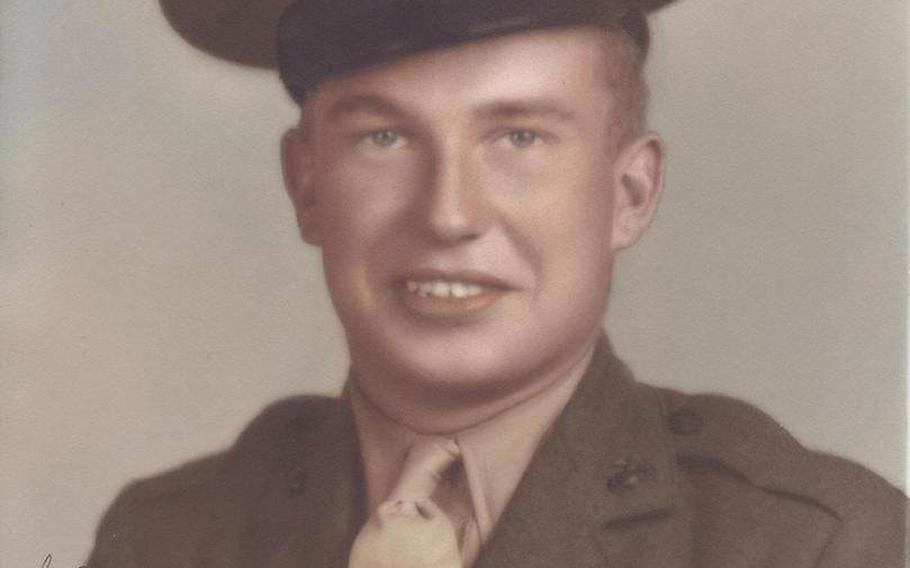 Pfc. Charles E. Oetjen, 18, of Blue Island, Illinois, was assigned to Company E, 2nd Battalion, 8th Marines, 2nd Marine Division, which landed against stiff Japanese resistance on the small island of Betio in the Tarawa Atoll of the Gilbert Islands, in an attempt to secure the island. Oetjen died sometime on the first day of battle, Nov. 20, 1943. (Department of Defense)

ALSIP, Ill. — A U.S. Marine from Illinois who was killed in one of the bloodiest World War II battles in the Pacific has been buried near his hometown of Blue Island after his remains were discovered in a mass grave.

Eighteen-year-old Marine Pfc. Charles E. Oetjen died in November 1943 on the first day of the Battle of Tarawa between U.S. and Japanese forces on the small central Pacific atoll.

His remains were missing until a nonprofit called History Flight discovered a burial site on Betio Island and turned over the remains of several dozen Marines in 2015 to the U.S. Defense Department.

Oetjen was buried with military honors Saturday in Alsip, Illinois.