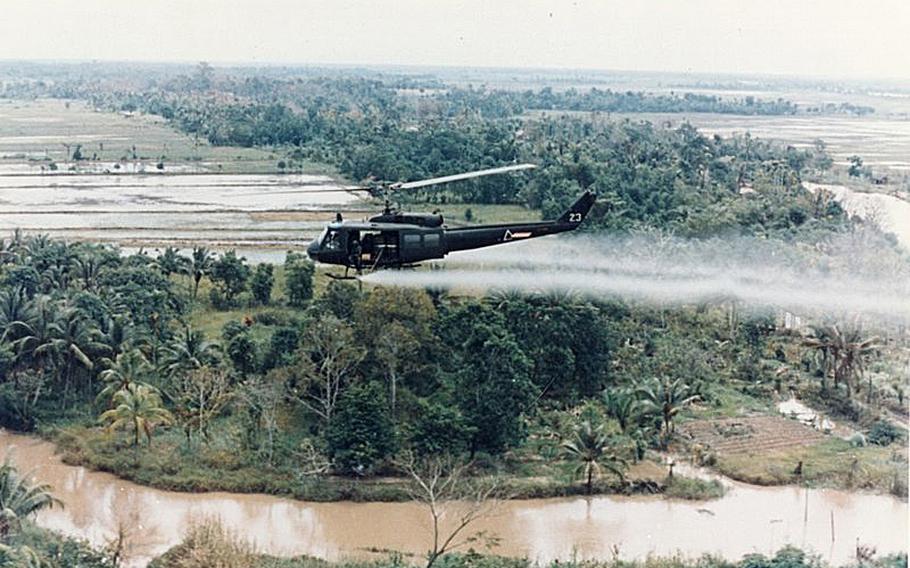 WASHINGTON — Seven of the country’s largest veterans organizations on Monday urged President Donald Trump to fast-track benefits, after years of delays, for thousands of Vietnam War veterans suffering from four medical conditions thought to be caused by Agent Orange.

The groups asked Trump to add bladder cancer, hypothyroidism, hypertension and Parkinson’s-like symptoms to the list of conditions presumed to be caused by chemical herbicides used in the Vietnam War. Being on the presumptive list lowers the amount of proof veterans need to provide in order to receive VA benefits.

Veterans have been waiting years for the Department of Veterans Affairs to add the conditions. VA Secretary Robert Wilkie recently indicated that a decision wasn’t likely to come until the end of 2020, when the results of two more scientific studies on the issue are expected to be published.

In a seven-page letter, the veterans organizations criticized the VA for dragging its feet and undercutting scientific data that already exists. They also raised concerns that members of Trump’s administration had rejected the addition of the four conditions because of cost concerns.

“The continued delayed action by VA is causing additional suffering for Vietnam veterans and their families,” the groups wrote. “We urge you to take action and to end the wait, needless suffering and disappointment for an entire generation of veterans.”

The American Legion pulled its support Monday afternoon, saying it agreed in principal but didn’t support all of the language used.

The letter comes one week after Richard Stone, the executive in charge of the Veterans Health Administration, told senators that the VA wanted to take a closer look at whether hypertension, in particular, was caused by Agent Orange exposure. He said there’s doubt because the age demographic of Vietnam War veterans is at higher risk for the condition.

The veterans organizations that the delay was “unnecessary.”

In 2018, researchers with the National Academies of Sciences, Engineering and Medicine found for the first time that enough evidence exists to link hypertension to Agent Orange exposure. Researchers also determined there was “suggestive” evidence linking Agent Orange to hypothyroidism.

A 2016 report from the academies determined that there was “limited” or “suggestive” evidence linking Agent Orange to bladder cancer. That year, the academies also clarified that Parkinson-like symptoms should be considered as part of Parkinson’s disease, which is on the list of presumptive diseases.

The veterans groups argued that in the VA’s recent reports to Congress about this issue, the agency had tried to undercut the reports from the National Academies. The groups also raised concerns that the White House’s Office of Management and Budget had rejected the addition of three of the conditions because of their monetary cost.

Under then-VA Secretary David Shulkin, the agency recommended in 2016 the addition of bladder cancer, hypothyroidism and Parkinson’s-like tremors to the presumptive list. Shulkin’s recommendation never made it past OMB. Lawmakers were told at the time that OMB was waiting on the results of more scientific studies.

OMB and Mick Mulvaney, its director at the time, objected to the recommendation. In addition to a lack of scientific evidence, OMB had concerns about the budgetary implications of expanding access to VA benefits to the thousands of veterans diagnosed with the conditions, Military Times reported, citing emails between Shulkin and OMB.

In their letter Monday, the veterans groups said it was “alarming” that the administration had weighed the cost of the benefits against the veterans in need of assistance.

“When taking all of this into consideration, it appears VA is not waiting on additional science, but continuing to stonewall and delay adding these four diseases based in part on monetary concerns,” they wrote. “This is troubling.”

They asked Trump to intervene immediately and to direct Wilkie to add the four conditions.