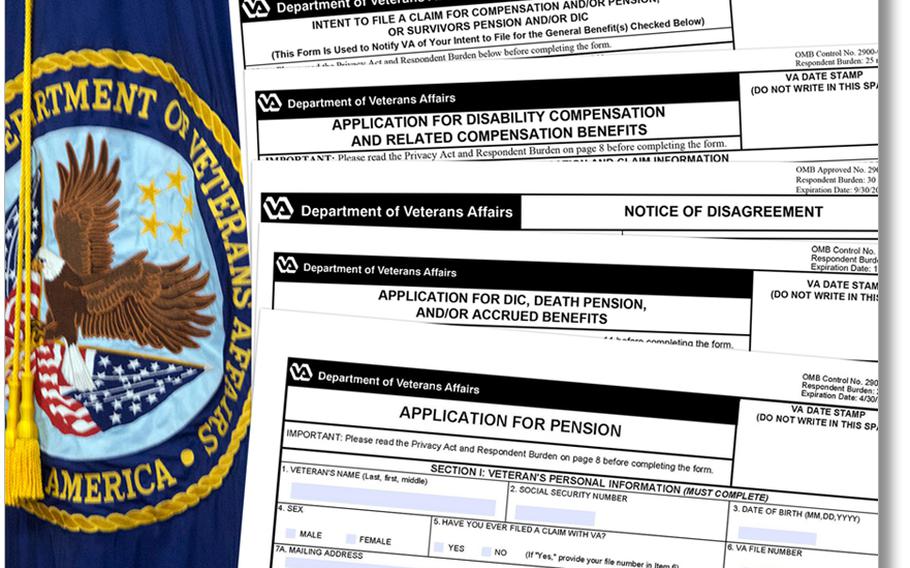 Buy Photo
Until now, veterans have been able to begin the claims or appeals process by submitting a letter or even a scrap of paper. That informal system preserved the initial date of their claim, meaning any benefits awarded would go back to the date that the VA received the note. Under the new system, benefits will still go back to the date of claim or appeal, but the clock starts when a veteran files standardized VA paperwork. (Stars and Stripes)

Several veterans advocate groups have filed a lawsuit to stop the VA from changing the way veterans file disability claims and appeals.

On Tuesday, the Department of Veterans Affairs did away with a long-standing system that allowed veterans to file informal claims to notify the department of their intent to file a claim or appeal — even a handwritten note on a scrap of paper would do. By doing that, the veteran ensured any compensation awarded would be backdated to when they filed the informal claim.

Under the new system, veterans must file their claim through standard paperwork or register an intent to file through an 800 number, a change many veterans advocates say could unduly harm older and disabled veterans.

VA officials have said the new system will get veterans their benefits more quickly and said insinuating that disabled veterans cannot fill out paperwork is insulting.

According to numbers the VA used to get the rule change approved, about half of all veterans filing claims or appeals used the informal system.

The lawsuit was joined by American Legion, AMVETS, Military Order of the Purple Heart, the National Veterans Legal Services Program and the Vietnam Veterans of America.

"Our nation’s promise to care for its injured and disabled veterans is being diluted by this new VA rule," said Ron Abrams, joint executive director of the National Veterans Legal Services Program.