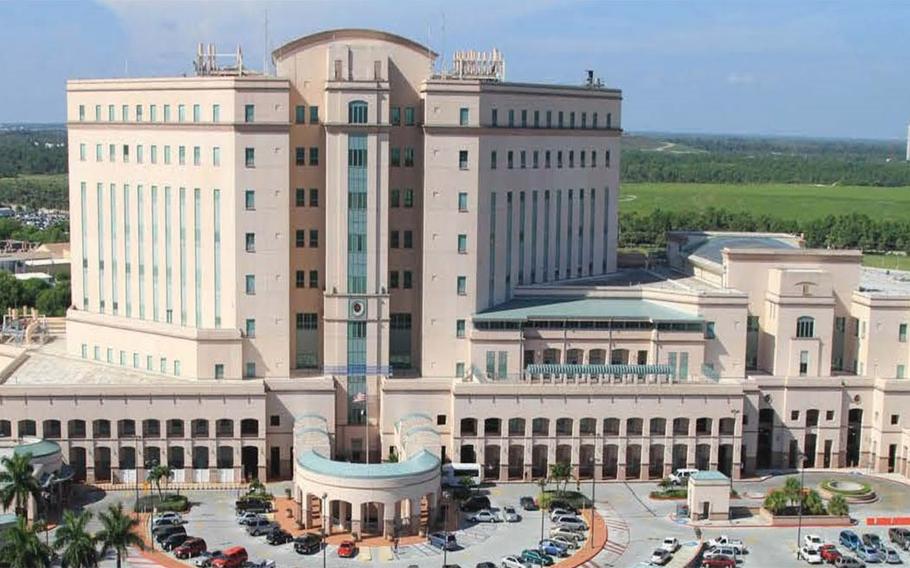 WASHINGTON – A veteran’s suicide at a Department of Veterans Affairs facility in Florida earlier this year prompted an investigation that revealed unsafe practices and inoperable cameras in the mental health unit where the patient received treatment.

The VA Office of Inspector General reported Thursday that managers of the locked mental health unit at the West Palm Beach VA Medical Center didn’t pay enough attention to training requirements. There was also a lack of oversight from regional and national offices, staffing issues and too much time between nurses’ safety rounds.

In addition, no one had recognized the risk posed by corridor doors. In March, the veteran used a knotted piece of clothing placed over the top of a corridor door to hang himself, the IG report states.

Senior leaders had a “myopic view” of their responsibility to ensure patient safety, the IG wrote. In their opinion, corridor doors weren’t a safety issue and door alarms weren’t necessary. Cameras, though required by policy, were thought by the facility’s chief of police to be unimportant.

“Overall, the [Office of Inspector General] found that facility leaders lacked awareness of patient safety requirements… and appeared to accept inaccurate explanations for noncompliance and unsafe conditions,” the report states. “Leaders’ failures to educate themselves about camera-related requirements…represented a deflection of responsibility and failure to perform their duties.”

Prompted by the suicide and the subsequent investigation, the facility initiated a plan that includes more frequent and random safety rounds in the unit. Donna Katen-Bahensky, director of the West Palm Beach VA, told the IG that the facility would install over-the-door alarm systems and working cameras.

The IG noted it shouldn’t have taken the suicide of a patient to incite the changes.

“Facility leaders and managers only started to respond aggressively to long-standing deficient conditions after” the event occurred, the report states.

The veteran was admitted to the unit – a 25-bed, high-intensity, locked mental health unit for at-risk patients – after his spouse called the police, believing him to be suicidal. He told doctors that he was under stress from marital discord and the recent loss of a job. The veteran was deemed at “high risk” for suicide.

During his multiple days in the unit, the veteran was cooperative, social, and sleeping and eating well, the IG reported. He agreed to take prescribed antidepressants and was eventually given the designation of having a “low risk” of suicide.

However, when his discharge was delayed on the fourth day of his hospital stay, the veteran was agitated and screamed he wanted to go home. Later that day, after declining medication, he was noted as using the phone, watching television and being “calm and resting in his room.”

About 6 p.m., another patient found the veteran’s door closed and unable to be opened. A nursing assistant pushed the door open and found him unresponsive. Nurses initiated CPR, but the veteran was pronounced dead in the emergency room.

Multiple veterans have died by suicide at VA facilities this year, including three suicides in five days in April. The rash of suicides has caught the attention of Congress.

The IG investigation into the West Palm Beach suicide was initiated by Rep. Mark Takano, D-Calif., the chairman of the House Committee on Veteran’s Affairs.

Veterans and servicemembers facing mental health crises can talk to emergency responders at the Veterans Crisis Line. To reach the hotline, dial 800-273-8255 and press 1, text 838255 or open an online chat at VeteransCrisisLine.net.