VA gets praise for Choice changes, but veterans groups say more must be done 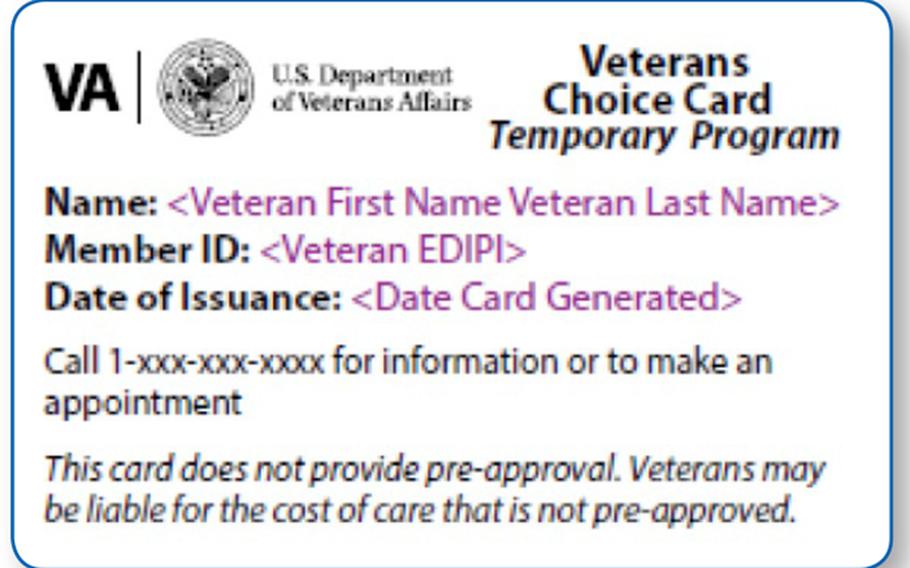 WASHINGTON — Advocates applauded the progress the Department of Veterans Affairs has made in a much-maligned program to offer private health care to eligible veterans, but said too many are being excluded or are simply unaware of the option.

At a hearing of the House Committee on Veterans Affairs on Wednesday, officials with some of the largest veterans service organizations sounded off on the Veterans Access, Choice and Accountability Act, which is supposed to give veterans living more than 40 miles from a VA facility the option of seeking private care under their VA insurance.

The law was passed in response to a VA scandal that began one year ago, with revelations of secret wait lists and patients languishing for months and years before receiving treatment. Implementation of the new rules hit a snag when some patients who lived 40 road miles from a VA facility were denied eligibility because they were closer “as the crow flies,” while others simply weren’t aware they were eligible.

House Committee on Veterans Affairs Chairman Rep. Jeff Miller, R-Fla., a harsh critic of VA, said he applauds the department for the choice program and efforts to reform it.

“That said, the implementation and administration of the Choice program has been far from perfect, and many veterans are still waiting too long and traveling too far to receive the health care they need,” he said.

All of the advocates at the hearing agreed the program is still too complicated, with veterans facing different rules depending on their situation and health conditions, and confusion about who is eligible.

“There should be one program for outside VA care and it should be simplified,” Joseph Violante, national legislative director for Disabled Veterans of America, said.

Among the suggestions veterans advocates made at the hearing:

Iraq and Afghanistan Veterans of America and the American Legion asked lawmakers to clarify rules on veterans who live within 40 miles of a VA facility that lacks the specialty care they need, so that such veterans can qualify for outside care. Veterans of Foreign Wars said more needs to be done to alert veterans of their eligibility. Concerned Veterans for America pushed for its own proposal, which would largely privatize VA health care and raise co-pays for newer veterans in exchange for more flexibility to use private care. The VA has rejected the proposal and no other veterans service organization has supported it. In submitted testimony, DAV called for the VA to streamline its private care options into a “single integrated extended care network.”druzin.heath@stripes.com Twitter: @Druzin_Stripes