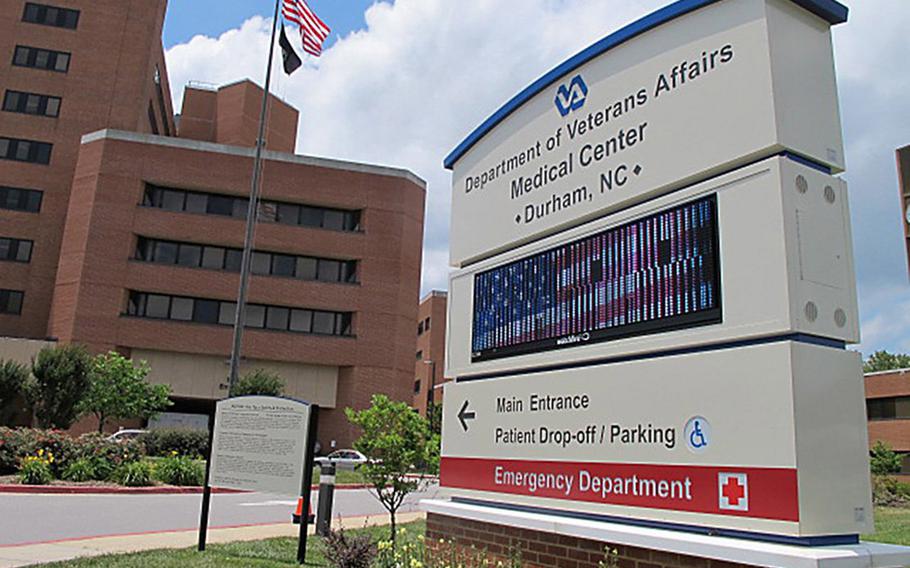 More than two decades ago, when a shrinking military healthcare system saw patient demand exceed its capacity to deliver timely care, particularly for a burgeoning retiree population, the Department of Defense contracted with the private sector to provide alternative networks of civilian physicians to deliver managed care to military beneficiaries.

The Department of Veterans Affairs is moving down a similar path of contracting for civilian provider networks. For the VA, however, the networks are to handle only an overflow of needed care, and not offer an alternative enrollment option to the VA’s integrated health care system.

The networks also are helping to address an access-to-care crisis that, in recent months, shredded VA credibility and forced leadership changes.

On Wednesday, less than a week after President Barack Obama signed into law the Veterans Access, Choice and Accountability Act of 2014 to mandate that VA offer more timely and convenient to veterans, the VA announced expansion of its new Patient-Centered Community Care (PC3) contracts so they deliver primary care to veterans when and where the VA cannot.

The PC3 networks only started operating in January as a backstop to provide specialty care, mental health care, limited emergency care and also limited newborn care to infants of female veterans. With the new responsibility, these PC3 networks clearly have gained importance as tools VA will routinely use over the next several years to restore timely access to care.

These provider networks will be familiar to many veterans whose families relied on them for TRICARE services while members were still served on active duty. The TriWest Healthcare Alliance, headquartered in Phoenix, Ariz., was support contractor for the TRICARE West Region until two years ago. Now it will backstop VA care in 28 states and U.S. Pacific territories.

HealthNet Federal Services of Arlington, Va., still manages patient care for TRICARE North Region. It now will provide both primary and specialty backup care to veterans in the other 22 states when VA decides it own facilities and staff can’t deliver timely or convenient care.

The addition of primary care to PC3 contracts is “another example of how we are working to ensure veterans get the care they need, when they need it and where they want to be seen,” said new VA Secretary Robert A. McDonald in a statement announcing the change.

The press release also said VA continues to review how PC3 “may be used to help implement the new law. It also emphasized, however, that all PC3 care to veterans will be “coordinated with their VA providers.”

That’s a critical point for veteran service organizations. They favor VA hiring more staff and building more VA clinics over any migration of health services into the private sector. The fear is that this could degrade VA’s capacity over time to provide veterans, including those catastrophically injured in war, with full spectrum health care they will need for a lifetime.

In a phone interview Wednesday, David McIntyre, president and chief executive officer of TriWest, was sensitive to this, emphasizing that PC3 networks will differ in a critical way from TRICARE networks.

TRICARE providers offer beneficiaries a “stand alone, parallel plan” of enrollment to using military health care on base. By contrast, veterans who need occasional care through the PC3 networks will remain enrolled and have its care monitored by the VA health care system, McIntyre explained.

“That’s the core of what the VA PC3 is. It’s not to serve as a threat, frankly, to the VA system. It’s really a wraparound network.”

McIntyre also touted the value to VA of having consolidated networks of providers ready to serve as a “relief valve” when veterans can’t get timely, convenient care from inside VA. He noted that discovery of thousands of veterans awaiting care through the Phoenix VA Health Care System “lit off the furnace” of the crisis over veterans facing long wait times for care.

Yet last month, McIntyre said, civilian providers working under the TriWest PC3 network provided specialty care to about 3000 veterans in the Phoenix area, as part of an aggressive VA effort to end patient backlogs.

“Today,” he said, “every veteran who cannot be seen in the [Phoenix] VA on the specialty side gets care within standards downtown…. The backlog in specialty care has been worked off and 4400 providers in Maricopa County surrounding the [Phoenix] VA medical center are that safety net.”

Starting this month, under newly modified contracts, TriWest and HealthNet will begin to backstop VA on primary care appointments at select locations. By December, primary care will be available in “all of the areas in which we operate,” McIntyre said. PC3 contracts also were changed to aligned networks to tighter “drive times” for care access set in the new law.

McIntyre and Thomas Carrato, president of HealthNet Federal Services, testified before the House Veterans Affairs Committee in June and each of them suggested expanding PC3 contracts into primary care.

At the time Carrato said that while PC3 contractors continue to build out specialty care networks, they have met resistance in some locations from civilian providers who are reluctant to join a network while they have separate contracts with individual VA facilities also to provide backup care.

“The communication is a lot better but that’s an issue that continues to linger,” Carrato told lawmakers.

McIntyre, in our interview, suggested VA increasingly sees the advantages of using networks of providers for backup care rather than VA cutting local deals. These include discounts off VA payment rates, prompt provider reimbursements and PC3 networks having responsibility for patient record transfer back into the VA system after every episode of civilian care.

VA officials still must decide how to use a “Veterans Choice Card” that the new law requires be issued to veterans as a guarantee of timely access to care. McIntyre wouldn’t speculate on how it would be used.

He did suggest, however, that PC3 contracts will result in fewer veterans having to find their own doctors out of frustration that the VA or its partner networks can’t deliver on timely, convenient care.