VA chief to Hill: The health reforms you seek are here 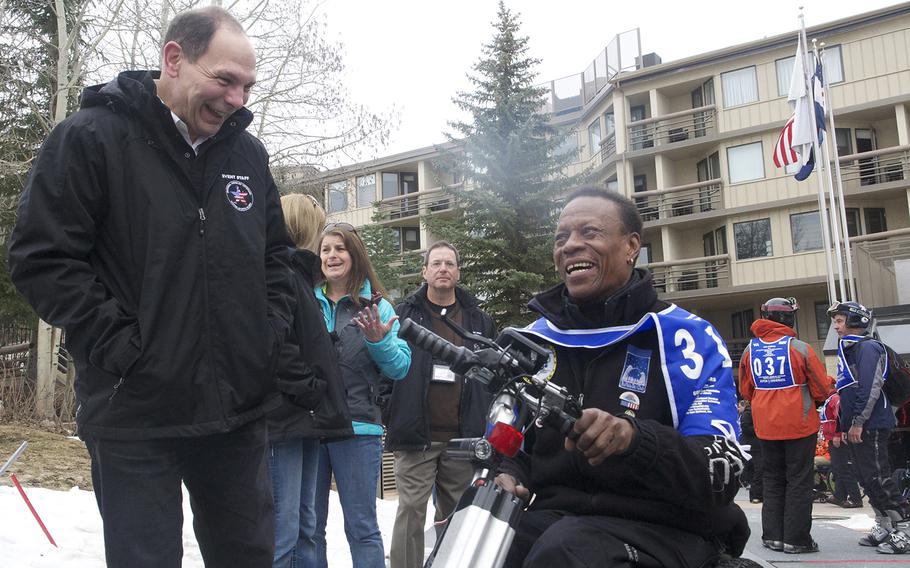 McDonald praised the depth of the analyses but said the problems identified echo those McDonald testified to last year before launching a series of reforms to improve access and quality of health care. The new report might have real value, McDonald suggested, if it spurs lawmakers to recognize that VA health care transformation is well underway.

McDonald perhaps intended no sarcasm. But his comments followed some scathing opening remarks by Miller about the VA. The chairman advised colleagues they would soon hear McDonald “repeat a lot of the same talking points we have heard in the past” rather than present a plan to implement any of the assessment’s recommendations.

Miller also was upset that McDonald has criticized the House-passed VA budget for fiscal 2016 saying it represented a cut to the administration's request and that more than 70,000 veterans would be denied needed care. Both are untrue, Miller said.

“In fact, the VA budget that the House has proposed represents an increase in VA’s discretionary budget and would continue the trend of budget increases that have led to a more than a 70 percent increase in the bottom line over the last six years,” Miller said.

McDonald was called to testify alongside executives who led the fresh assessment of VHA, the 138th such study on VHA library shelves. It confirms “for the most part” the same problems McDonald said he identified after becoming VA secretary in July 2014 following a patient wait-time scandal that had rocked the VA health care system.

McDonald did use part of the independent assessment to criticize the House-passed VA budget, saying it cut VA construction dollars by half and shorted health care budgets as patient demand continues to increase.

One aspect of the assessment deserving special emphasis, he said, is “the misalignment of requirements and resources” it found. “We know now that the access crisis of 2014 was mostly a matter of growing demand for VA healthcare overwhelming our capacity,” McDonald said.

“Forexample, we have a requirement that all disability claims should be adjudicated in under 125 days, and we made outstanding progress in meeting that” as the backlog fell from 611,000 claims in May 2013 to less than 75,000. “We’ve done that by having our [benefits] workers work mandatory overtime for over four years. We incrementally put more people in the budget each year; those have been stripped out. We obviously need more people if we are going to be able to get those claims down to zero.”

Richard J. Byrne, senior vice president at The MITRE Corporation, had led the independent assessment of what he called “the nation’s most complex health care system.” Mitre partnered with Rand and a few other corporations on the study. Dr. Brett Giroir, a senior fellow at Texas Medical Center Health Policy Institute, chaired a blue ribbon panel of health experts that Mitre created to support and oversee the work.

“While overall VHA quality of care was comparable to private sector and had pockets of excellence,” Byrne testified, “we found large variations in performance that resulted in too many unacceptable veteran experiences. This lack of consistency was due to four pervasive systemic issues.”

VA health facilities lack standardization system wide, from tools for scheduling patients to storage and transfer of health data. Finally, regional health leaders were not fully empowered to do their jobs “due to a lack of clear authority, confusing priorities and a culture of distrust,” Byrne said.

More important perhaps are recommendations that seek to “solve deeper root-cause issues that have persistently plagued the VHA,” he said.

One urgent strategic priority, Giroir added, should be defining the breadth of the VA health care mission. He noted that of 21.6 million veterans, only 9.1 million are enrolled in VA care and only 5.8 million of those are patients. And those patients relied on VA for “much less than 50 percent of their health care services,” Giroir said.

Given the demographic data and recent challenges with patient access, he said, VA and Congress should reconsider whether VA should be a “comprehensive provider for all veterans’ health needs or…evolve into more focused centers providing specialized care” and rely on non-VA providers “for a majority of veterans health care needs.”

Either path could be beneficial for veterans as long as VA budgets keep pace with demand for services and the hodgepodge of programs to access non-VA care are streamlined, Giroir said.