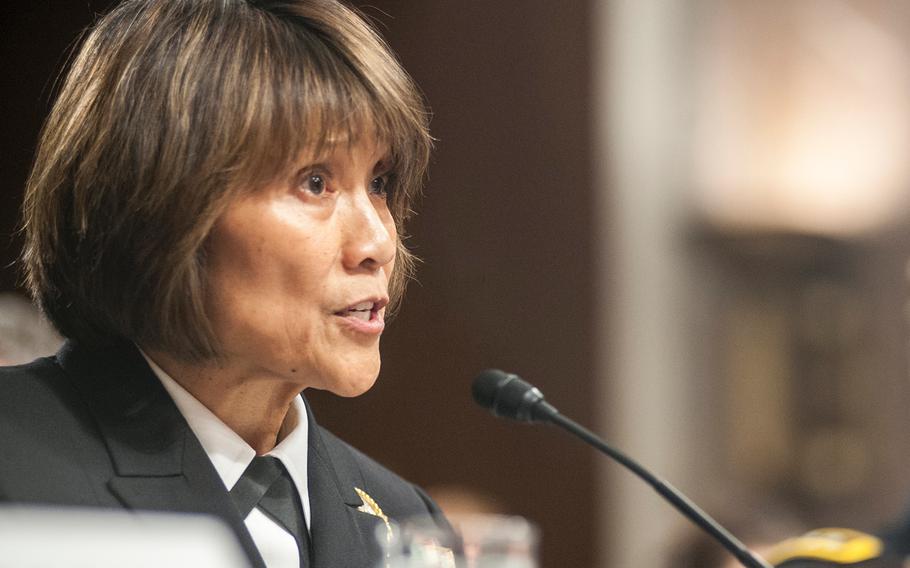 Near-final regulations released last week by the Defense Health Agency (DHA) to implement sweeping Tricare reforms on Jan. 1 include a surprise restructuring of appointment fees for active duty families, and retirees under 65 and their families, who get their health care outside of military treatment facilities.

Advocates for beneficiaries are skeptical. They have asked to see the math behind the new Select rates, particularly for primary and specialty care appointments under the fee-for-service insurance option.

Unlike with Standard and Extra, beneficiaries will need to enroll in Select annually, as they do for Prime, the managed-care plan, to sustain their coverage. For 2018, however, a start-up year for a host of Tricare reforms, current Prime enrollees automatically will stay enrolled in Prime, and Standard and Extra users automatically will be enrolled to Select, but can make a switch during the year.

By 2019, enrollment in one or the other option will be mandatory before the start of every calendar year to keep Tricare coverage. By 2021, enrollment in Select for working age retirees will include an enrollment fee, as required by Prime.

Elderly or disabled retirees who use Tricare for Life, the military’s supplemental insurance to Medicare, and families of active duty enrolled in Prime, the managed care plan supported by military treatment facilities, will not impacted by the new set of appointment fees established under Select.

Military associations weren’t surprised that the DHA, in drafting rules to implement the Tricare reforms enacted last year, shifted to fixed fees for Select users. Defense health officials had been urging Congress to allow them to scrap fees tied to percentages of allowable charges for years. Even if users didn’t often complain, providers found them confusing. Commercial health plans use fixed fees.

What stunned advocacy groups last week were size of fixed fees unveiled for Select. They are higher than appointment fees planned for new entrants into service in 2018 and beyond. That means the current fight in Congress over whether to protect active duty families and working-age retirees from the newer fees pushed by DHA has been turned on its head.

DHA officials maintain that sweeping Tricare reforms give them authority to modernize, if not to raise, patient cost-shares for Select. They did so by calculating average patient costs under Standard and Extra and converting those dollars into fixed-fees – for primary and specialty care appointments and for other types of medical services delivered both inside and outside of Tricare networks created through multi-billion dollar purchased care contracts.

“We think the simplicity and predictability” of fixed dollar fees “will be good for patients,” Bono said. “But more than that, the added simplicity for our providers will make participating in Tricare more attractive.”

When the DHA proposed new Tricare co-pays last year, lawmakers and military associations assumed they brought higher out-of-pocket costs. Congress was so sensitive to this that it voted to require Tricare to keep two sets of appointment fees: one for new entrants in 2018 and beyond, and one for current Tricare participants. It did so through insertion of a “grandfathering” provision.

“We want to see the methodology they used,” said retired Navy Capt. Kathryn M. Beasley, director of government relations on health affairs for the Military Officers Association of America (MOAA).

Defense health officials protested the decision by Congress last year to protect current users and retirees from the new fees. They urged repeal of the grandfather provision so Tricare isn’t burdened with administering two sets of fees. Every military association except National Military Family Association had urged rejecting of the repeal request.

But Raezer at NMFA argued that grandfathering “adds a whole level of complexity that is going to take resources away from patient care” by having “to develop two systems to track all of this. Tricare is complicated enough.”

The Senate and House are divided on the issue. The House-passed version of the fiscal 2018 defense authorization bill would maintain dual sets of fees; the Senate voted to repeal the grandfather protection. A House-Senate conference committee is to decide the issue by December.

Assuming DHA’s method of setting fixed-fees for Select survives scrutiny by military associations and congressional staffs, arguments for sustaining grandfather protection and two sets of Select fees should dissolve, and the Senate position likely will prevail in a final authorization bill.

Beneficiary groups largely praised the level of collaboration DHA officials had encouraged over the last year while developing Tricare reform rules – until fixed fees for Select were unveiled.

“We were never privy to any of these discussions,” complained Beasley at MOAA. “This was dropped on us, almost like a bombshell.”

She said other fee changes, some under Prime, also need explanation. For instance, the co-pay for primary care visits of “grandfathered” Prime users is to climb to $20 for under-65 retirees, up from $12.

“That’s part of our concern about the methodology and their transparency,” Beasley said.