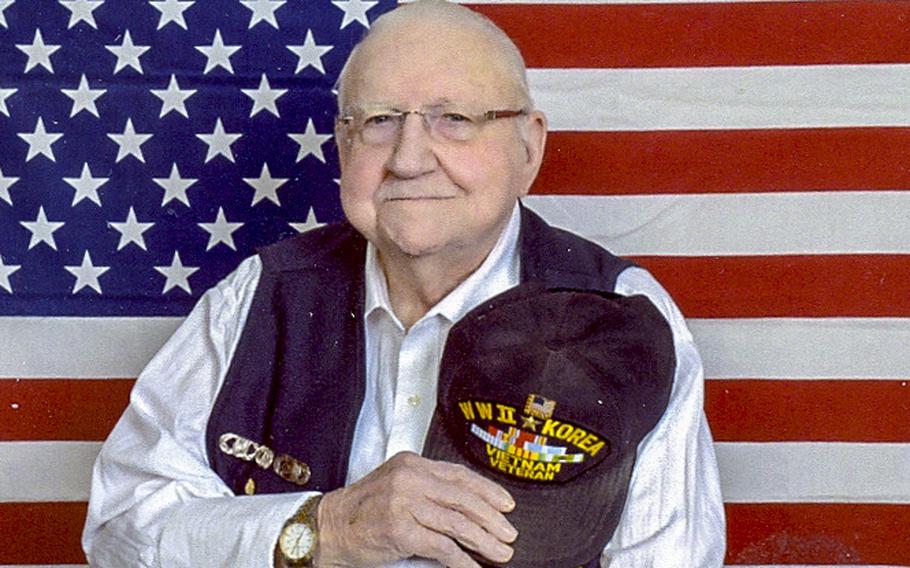 After serving aboard the USS Lexington during World War II, Cecil D. Hill went on to become a pilot serving in Korea and Vietnam, according to an obituary by Cook-Walden Davis Funeral Home., in Georgetown, Texas.

Hill – who served in the Navy, Army and Air Force, according to his obituary – died on August 26, one day after his 91st birthday.

Born in Marion, Illinois in 1927, Hill started the Leander, Texas, Police Department in 1978, serving as the City Marshall, then as the first Police Chief.

Hill's love of eagles, cowboy hats, bolo ties and cowboy boots were known to all as well as the time and finances he contributed to helping Leander incorporate as a city.

The City of Leander honored Hill's contributions by proclaiming August 17, 2017 as “Cecil D. Hill” day and presenting him with a plaque at a City Council meeting.

Hill also served as Chief of Security at TECO Westinghouse in Round Rock, Texas, until his retirement at the age of eighty. He also served as Charter President of Leander’s Optimist Club twice and as Cub Master in Local Cub Scout Pack 160 and coordinated several Jamborees. Hill was a dedicated Christian who enjoyed meeting with the Man in the Mirror Christian Men’s group for many years. He was dedicated to his family, and was a father, grandfather and mentor to many both within and without his immediate family.

Hill is preceded in death by his wife, parents, two sons, four sisters and one brother. He is survived by four children, seven grandchildren, 23 great grandchildren, two great great-grandchildren and many nephews and nieces.

A Funeral Service with Military Honors is scheduled for Aug. 30 at 11:00 A.M. in the chapel of Cook-Walden Davis Funeral Home. Interment will follow at Central Texas State Veterans Cemetery in Killeen, Texas.

Words of comfort may be shared with the family