Pandemic prompts change to list of best cities for veterans 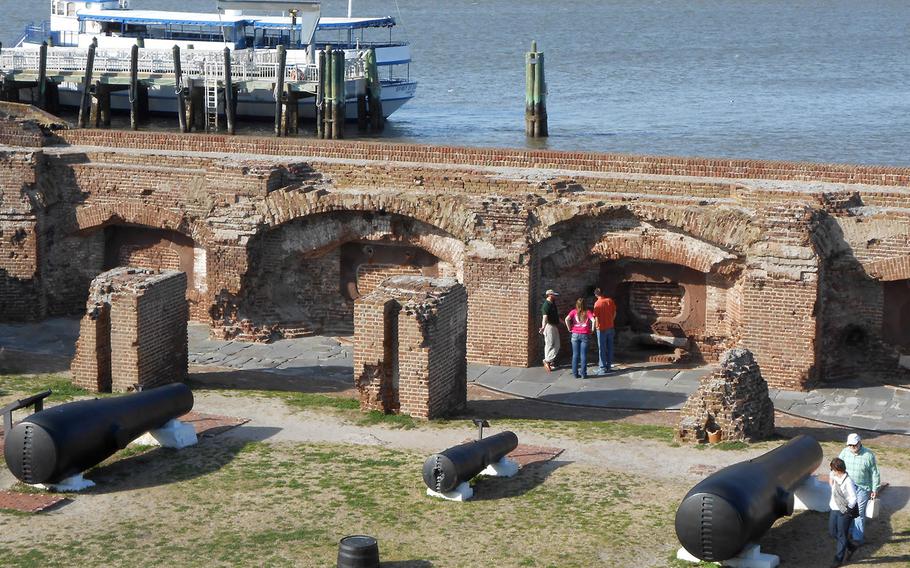 Fort Sumter, where the first shots of the Civil War were fired, draws tourists and history buffs to Charleston, S.C. According to a new survey, the city is also a good draw for veterans looking for a place to settle down. (Alice Short/Los Angeles Times)

WASHINGTON – Charleston, South Carolina, is the best city for veterans to live in when they leave the military, according to new rankings released Monday by Navy Federal Credit Union.

The credit union, in partnership with Operation Homefront, released its “Best Cities After Service” list, which was determined using an analysis of quality-of-life factors veterans prioritize. There are 10 cities on the list – none of which made the credit union’s previous list in 2018.

“Over the last two years, servicemembers and their families’ priorities have shifted a great deal,” said Clay Stackhouse, a retired Marine Corps colonel and regional outreach manager at Navy Federal.

The list was compiled using input from 1,000 veterans and civilians about what they prioritize when looking for a place to live. The survey was conducted during the coronavirus pandemic, which is a likely reason for the shift in priorities, Stackhouse said.

As their biggest factors, veterans chose a lower cost of living, lower crime rates, easily accessible outdoor activities and living among a strong community of other veterans.

“It dawned on us that because of Covid-19, some of the metrics had changed,” Stackhouse said. “Because more civilian jobs have become remote, there’s not the incentive there used to be to live in a costly, major urban hub. People are realizing they can focus on housing affordability, or even access to recreational facilities and health resources.”

Charleston was named as the best city for veterans to live because of its hospitality, low housing costs, history, access to cultural and natural activities and award-winning restaurants. Navy Federal Credit Union also noted the Charleston’s “vibrant military community,” with Joint Base Charleston just outside the city.

In contrast, Oklahoma City was chosen for the top spot in 2018 because of its income growth for veterans, low unemployment among veterans and the number of veteran-owned businesses.

More than 250,000 service members leave the military each year, and the list was compiled as a resource to help them decide where to live, Stackhouse said. Navy Federal Credit Union used the quality-of-life factors prioritized by veterans to rank 400 U.S. cities before selecting their top 10.

The cities are spread across the U.S. geographically, which was done to ensure variety, Stackhouse said.

“There’s Duluth, on the shores of Lake Superior, with a big sense of community and all four seasons,” he said. “And then there’s San Diego, which isn’t a secret to anybody, being a much larger metro area. There’s something on there for everybody.”

The list of 10 cities, with the reasons they were chosen, is available at navyfederal.org.