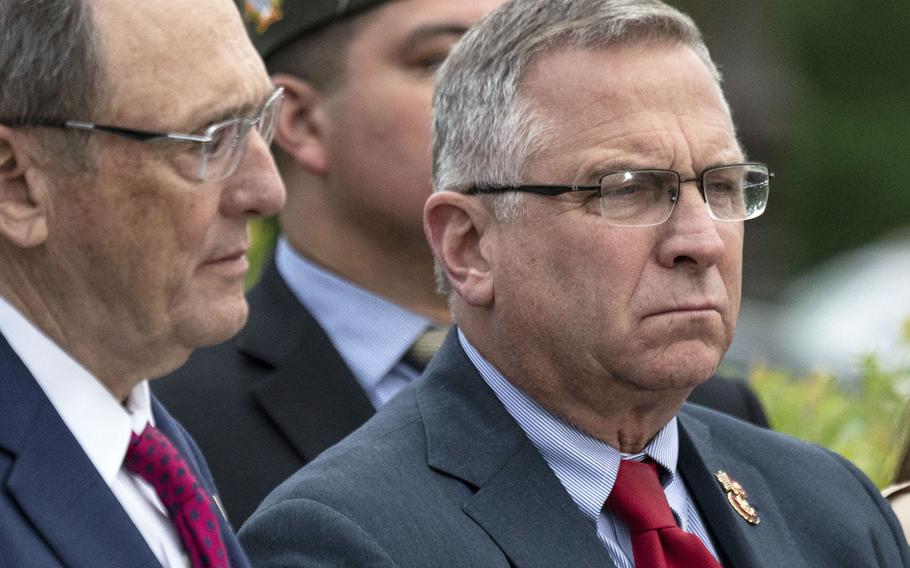 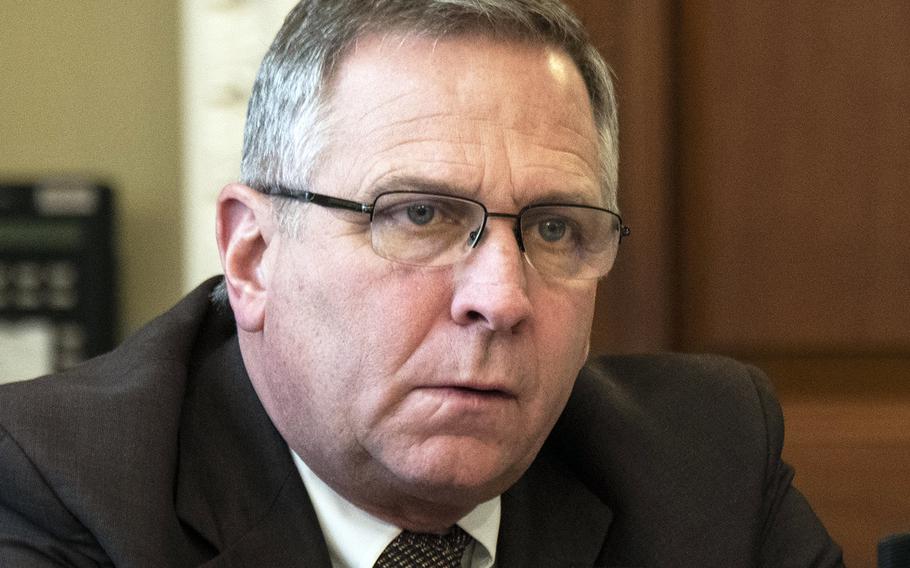 WASHINGTON – House Republicans last week tapped Rep. Mike Bost of Illinois to be a leader in the party on veterans issues as the ranking member of the Committee on Veterans’ Affairs.

Bost, who served in the Marine Corps from 1979 to 1982 as an electronic specialist and radar repairman, will take over for Rep. Phil Roe of Tennessee, who is retiring from Congress. Democrats will continue to control the committee as the majority party in the House. But Bost said he brings some practical experience with the VA to the table, having to go back and forth with the agency for compensation related to hearing loss.

"I left the Marine Corps at 22 years old. When I did my separation physical, they said I lost all my high-frequency hearing." Bost said, talking about seeking compensation through the VA. "I was denied, after a long period of time denied again, then it came back a third time denied.”

Frustrated, he gave up on the process.

Bost will now be in a position to oversee the Department of Veterans Affairs, the second-largest federal agency, and the largest health care network in the United States with more than 9 million patients. He also takes the helm at the time of an incoming Democratic administration in the White House, in which he will be the leading Republican in the House on health care, education, and other benefit issues pertaining to millions of service members, veterans, and their dependents.

In the next few years, Bost said he sees burn pits and other toxic exposures as a top priority. A VA official said at a congressional hearing on the matter in September that the agency has denied about 78% of disability claims related to toxic exposure, as thousands of veterans seek care from the agency for illnesses that they believe were caused by serving overseas near burn pits.

Some lawmakers and advocates have called toxic exposure the post-9/11 generation’s Agent Orange. The issue has drawn some mainstream attention after comedian Jon Stewart recently kicked off a lobbying campaign on Capitol Hill to give veterans presumptive care. However, attaining more benefits for more veterans exposed to toxins could be a yearslong legislative fight.

“I see toxic exposure and burn pits as a real issue moving forward to get the system in place to help those exposed early on,” Bost said. “We need to start getting this done and not wait until two-thirds of them have died off.”

Some veteran advocates have said they believe toxic exposure could be a top issue in President-elect Joe Biden’s administration since he believes his son Beau Biden’s brain cancer was caused by burn pit exposure in Iraq when he deployed there with the Delaware National Guard.

If Congress and the incoming Biden administration moved to provide health care and compensation to veterans exposed to toxic environments, it is unclear whether that would be presumptive care or if the burden of proof would be on the veteran, a task that could be impossible in some cases.

Bost said a long-term key to assuring care is modernizing how VA keeps health records, a costly effort that the agency has spent years trying to accomplish with no clear timeline of completion. If the Defense Department and VA share records on an individual in the military, it could be easier down the road to prove exposure in future military operations.

“If we can trace where a service member has been as a brand new recruit, and compare that now whenever they are [seeking] benefits, we can apply that very, very quickly,” Bost said.

Biden has yet to name his pick to lead the VA. Some veteran advocates suspect Biden will follow suit with most of his other Cabinet picks, nominating someone relatively safe and easy to confirm through the Republican-controlled Senate.

Bost said he hasn’t been consulted by Biden’s staff on a choice to lead the VA, but he said the new secretary should not be partisan.

“My most important checkpoint is one that their heart and mind is directed towards the veterans,” Bost said. “...I want someone who isn’t a political mind but someone who has a veteran’s heart.”