Multispecialty VA clinic to be built in suburbs west of Honolulu 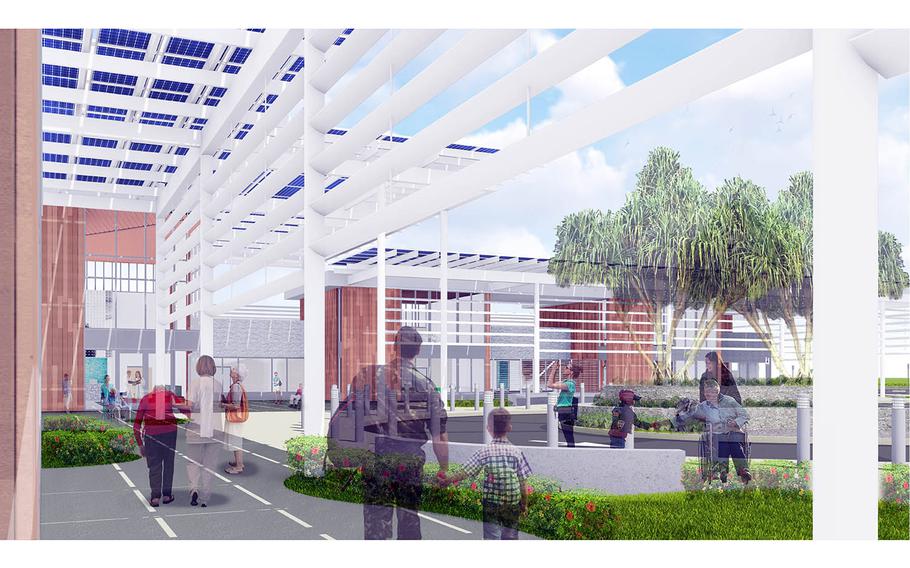 FORT SHAFTER, Hawaii — The Department of Veterans Affairs announced plans Wednesday to build an 88,675 square-foot multi-specialty clinic in the suburbs west of Honolulu.

The Advanced Leeward Outpatient Healthcare Access, or ALOHA, project will be built in Kalaeloa, which is near the site of the former Naval Air Station Barbers Point. It is expected to open in fall 2024, the VA said in a news release.

The western suburbs are the fastest growing residential area on the island, with vast swathes of former sugarcane fields converted to housing in recent years.

"Leeward Oahu veterans have been waiting for years for a new facility that would improve their access to health care closer to home," Sen. Mazie Hirono, D-Hawaii, said in the VA's news release.

The Hawaii congressional delegation said in its release Wednesday that the clinic will be named for former U.S. Sen. Daniel Kahikina Akaka, who died in 2018.

Akaka had first spearheaded the effort to bring a clinic to the quickly growing western part of Oahu.

"Throughout his decades of public service, including as chair of the Senate Veterans Affairs Committee, Senator Akaka was a determined champion for Hawaii’s veterans," Hirono said.