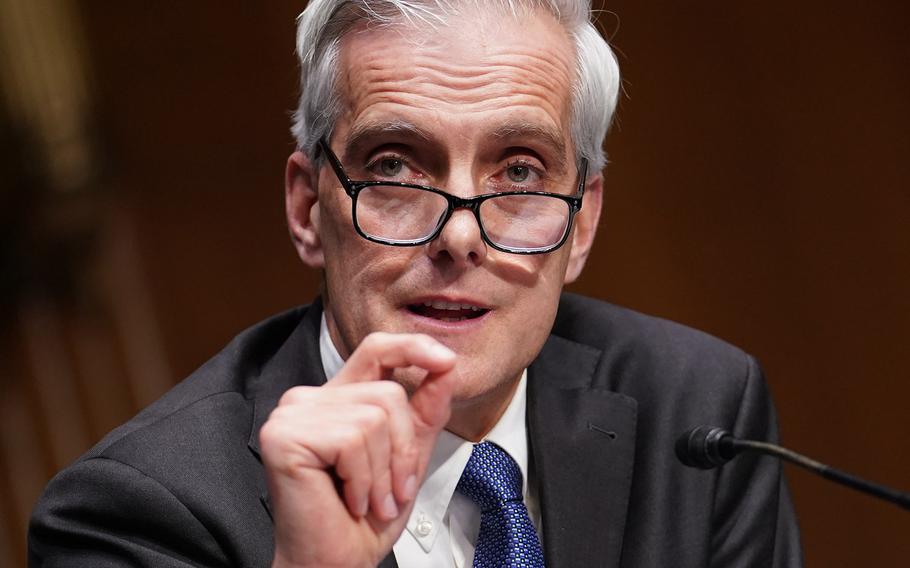 The bill, titled the American Rescue Plan, totals $1.9 trillion and includes billions in relief aid for the VA. McDonough said the money was needed to treat veterans who have put off health care visits during the pandemic. More than 19 million appointments were canceled, changed or deferred in the past year, he said.

“We’ve been able to compensate for some of those through telehealth, but not all of them,” McDonough said. “As a result of deferred care … we’re going to see increased costs. The American Rescue Plan is critical to our ability to make sure we can keep up with those demands.”

The Democratic-controlled House approved Biden’s plan over the weekend. The bill included expanded unemployment insurance, $1,400 stimulus checks and language to raise the minimum wage to $15, among other measures.

For the VA, Biden’s plan gives about $15 billion for veterans’ health care, staffing, suicide prevention, research and women’s health, as well as expanding telehealth, serving homeless veterans and improving medical facilities. Millions of dollars would go to state-run veterans’ homes and the VA Office of the Inspector General.

The bill passed the House with a vote of 219-212, with no Republicans voting in favor of it. Republicans have argued that the measure is too big, sends money to Americans who don’t need it and includes funding for issues unrelated to the pandemic.

The bill is now under consideration in the Senate, where it was being debated Thursday. In the days since it passed the House, the legislation has undergone changes in Senate negotiations. The bill no longer includes a measure to raise the federal minimum wage, and Biden has agreed to limit the number of Americans who would receive the $1,400 stimulus checks.

Democratic leaders are pushing to approve the bill by mid-March. Expanded unemployment benefits put in place last year are set to expire March 14.

“Veterans have been severely impacted by the pandemic,” McDonough said. “Countless veterans have lost jobs, closed businesses, homeschooled children and faced uncertain prospects. We really need the Senate to get this done.”

Thursday marked one year since the VA announced it was treating its first coronavirus patient. Since then, nearly 215,000 veterans have contracted the virus and 10,613 have died from it.