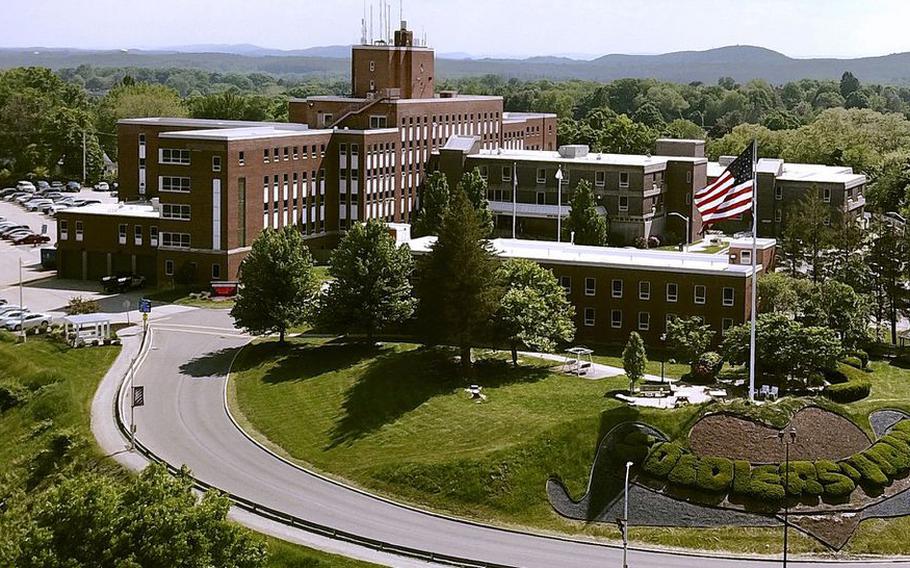 At the Soldiers’ Home in Holyoke, Mass., 76 veterans died of the virus. (Patrick Johnson, The Republican/AP)

WASHINGTON — House lawmakers criticized the Department of Veterans Affairs on Wednesday for its lax oversight of state veterans homes, arguing the department was partially to blame for deadly outbreaks of the coronavirus at some facilities.

Rep. Mark Takano, D-Calif., chairman of the House Committee on Veterans’ Affairs, said during a hearing on the matter that the epidemic exposed a “critical shortage of oversight” at state veterans homes.

The Government Accountability Office investigated the VA’s oversight of state veterans homes in 2019. The GAO found, in some cases, the VA was the only federal entity to inspect the homes to see whether they met standards of care.

The department contracted with a third party to perform all of its inspections in 2018, said Sharon Silas, who is with the GAO. The VA allowed contractors to ignore some deficiencies at the homes, and in some cases contractors permitted leaders of state veterans homes to fix problems during inspections to avoid being cited. The VA still has not completed all of the recommendations that the GAO made in 2019 to improve inspections, Silas said Wednesday.

“As it stands now, I have to wonder how many lives could’ve been saved at state veterans homes during this pandemic if there had been stronger, more consistent oversight on the part of the VA,” Takano said.

Long-term care facilities across the country have experienced outbreaks of the coronavirus, and tens of thousands of residents have died. More than 40% of all coronavirus deaths in the United States were linked to nursing homes, The New York Times reported last month.

However, it’s uncertain how many veterans and other residents of state veterans homes have died from the virus, said Rep. Julia Brownley, D-Calif. Not all state veterans homes are required to report information about coronavirus infections and deaths to the VA or the Centers for Disease Control and Prevention, she said. Some facilities are proactively sharing the information but not all of them.

On Wednesday, lawmakers discussed known outbreaks at three homes. At the Soldiers’ Home in Holyoke, Mass., 76 veterans died of the virus. Eighty-one residents died of the coronavirus at the Paramus Veterans Memorial Home in New Jersey and 42 residents died at the Southeastern Veterans’ Center just outside of Philadelphia.

An independent investigation into the deaths at the Soldiers’ Home in Holyoke found staff shortages and mistakes with infection control. There were delays testing veterans for the virus and in closing off common spaces.

Paul Barabani, the former superintendent of the Holyoke home, spoke to lawmakers Wednesday. He resigned his position at the home in 2016 and he said Massachusetts was not addressing critical needs at the facility.

“The lack of state support to the soldiers home in Holyoke has been a long topic of much consternation among veterans in western Massachusetts,” Barabani said.

He said he had been at the veterans home in February to celebrate the 102nd birthday of one of its residents — Navy veteran Tony King, who served as a radioman during World War II. He died from the coronavirus on April 9.

Barabani recently formed the Holyoke Soldiers’ Home Coalition to pursue state-level reforms for the veterans home and advocate for its residents and employees. In that role, Barabani recently met with families whose loved ones had died from the virus.

“These are truly gut-wrenching stories,” he said. “These are true American heroes — people who freed concentration camps and were at D-Day. The families are so impacted because they weren’t able to be with them at the time of their death.”

Teresa Boyd is an assistant undersecretary at the VA who represented the agency at Wednesday’s hearing. She said the department “respects the autonomy of the states” in overseeing the homes. Since the pandemic, the department has sent in teams of VA employees to help the state veterans homes respond to outbreaks, she said.

Brownley said Wednesday’s hearing was important but “more needs to be done.”

“If the VA is not doing its job of inspections and oversight, we’re going to lose more lives,” she said.