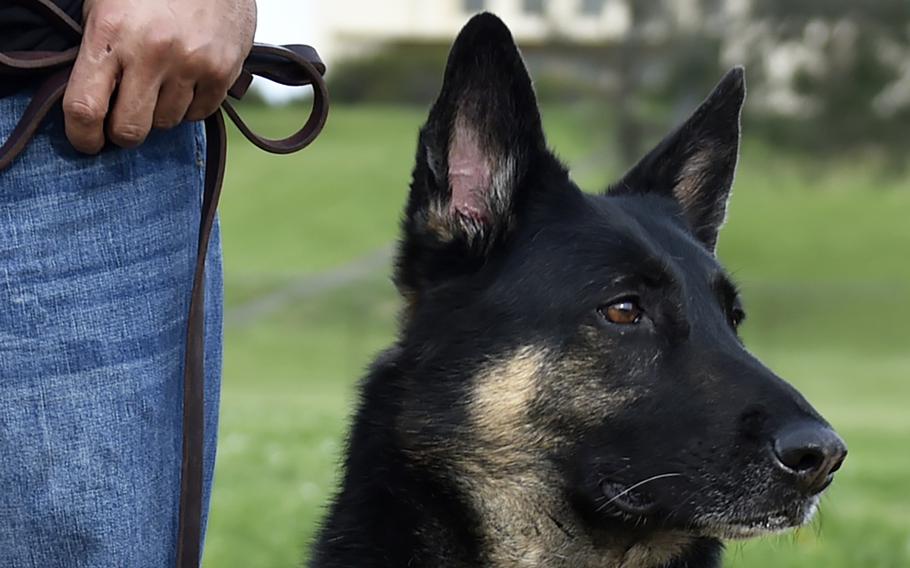 WASHINGTON – House lawmakers unanimously approved a bill that would lay the groundwork for the Department of Veterans Affairs to start funding service dog programs and connect veterans with canines that could be critical for their mental health care.

The Puppies Assisting Wounded Servicemembers for Veterans Therapy Act authored by Rep. Steve Stivers, R-Ohio, would kick-off a pilot program to issue federal grants to nonprofits that provide service dogs to veterans suffering from mental health issues, and require the VA to assess the effectiveness of dog therapy.

“Our veterans fought for our freedom, and I’ve heard from many veterans who say that’s exactly what their service dog gives them – freedom. They’re free to go to restaurants, to fly on planes, to go to the movies, things that post-traumatic stress [disorder] had made impossible,” Stivers said.

Lawmakers on the House and Senate Committees for Veterans’ Affairs have made tackling veterans suicide a top priority after years of legislative measures and efforts that haven’t stemmed the crisis. Some veteran advocacy groups frustrated with Congress’ inability to make progress on the issue have called for more creative thinking.

"Congress continues to ignore damning reports released by [The Journal of the American Medical Association] and others regarding our current mental health approaches failing veterans. We have not heard a peep about it from this leadership.” Joe Chenelly, national executive director of American Veterans, said in a statement last month. “When it comes to curbing suicide the time to act is now...Every day matters and the status quo is untenable.”

The number of veterans committing suicide dwarfs combat fatalities since 9/11. Between 2005 and 2017, 78,875 veterans took their own lives, according to the most recent data from VA. In comparison, about 7,000 troops have been killed in combat in Iraq and Afghanistan combined, across two decades.

Nonprofits are one of the only avenues for veterans to adopt service dogs. The VA doesn’t provide any funds for service or emotional-support animals but concluded a congressionally mandated study on the benefits of dogs for PTSD care in July, according to Christina Mandreucci, a spokeswoman for the department. The results of one part of the study on whether service or emotional-support dogs can help veterans with PTSD is expected to be released in the summer, and the results on whether dogs can lead to overall health care savings with fewer hospital stays and less reliance on medication is expected by the end of the year.

“Mental wellness does not have a one-size-fits-all solution, which is why VA must provide innovative and out-of-the-box treatments to help veterans combat these invisible illnesses and thrive in their civilian lives,” said Rep. Phil Roe, R-Tenn., the ranking member of the House VA committee. “There is no question that the companionship and unconditional love offered by man’s best friend can have powerful healing effects on men and women from all walks of life, including our men and women in uniform.”

There is no vote scheduled yet for the Senate version of the measure.