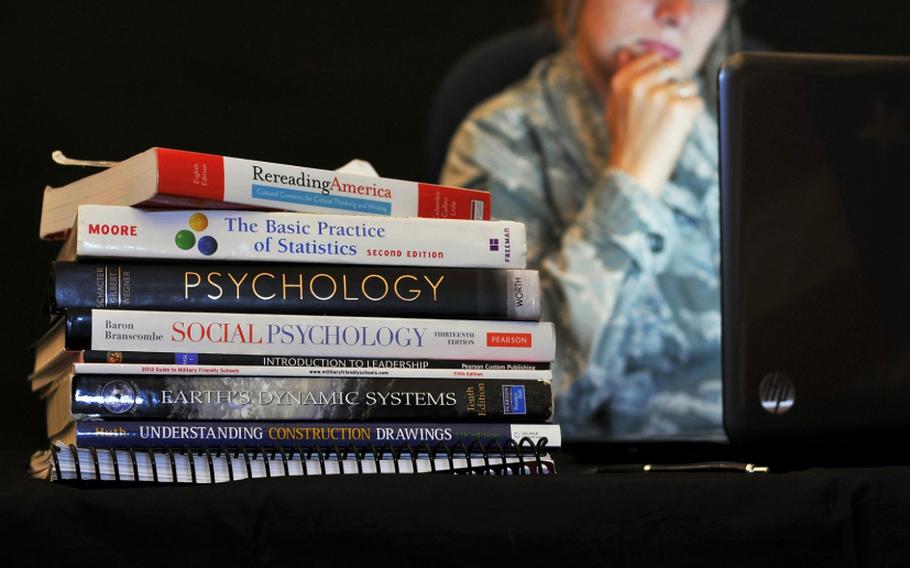 WASHINGTON — Some House Democrats are hoping to terminate a GI Bill loophole that veteran advocates for years have said sets for-profit schools up to scam veterans and service members and use predatory tactics to recruit beneficiaries, according to a copy of the measure obtained by Stars and Stripes.

“Predatory for-profit colleges have taken advantage of the ‘90-10 loophole’ to cheat veterans and service members out of their education benefits while providing them with a low-quality education, useless degrees, and burdening them with student loan debt," House Committee on Veterans’ Affairs Chairman Mark Takano, D-Calif., said in a statement. "The 90-10 rule was put in place to prevent waste, fraud, and abuse of federal education dollars, but for-profits have exploited the loophole to earn millions in profits."

A measure included in the coronavirus relief package now being debated by Congress would reclassify how GI Bill money is counted. Right now, for-profit schools must collect at least 10 percent of their revenue from non-federal sources. Democrats are pushing for a massive bill for pandemic relief intended to include stimulus checks to individuals and families. As with some bills passed through Congress, other unrelated legislative measures are sometimes included.

The 90/10 rule doesn’t count the GI Bill as federal revenue, despite military scholarships coming from federal dollars. This gives for-profit colleges an incentive to recruit veterans to stay in business, veteran advocates have argued.

“Closing the 90/10 loophole has been the top higher education priority for nearly all veterans and military organizations for many years, and we are relieved and hopeful that this will finally remove the target from the backs of service members, veterans, and military families,” said Carrie Wofford, president of Veterans Education Success, an advocacy group.

Because of the loophole, the for-profit school industry has drawn intense scrutiny from some lawmakers and veteran advocates for conducting questionable business practices to recruit veterans. One for-profit school, the University of Phoenix, was required to refund $50 million and cancel another $141 million in debt for its marketing practices toward GI Bill recipients.

In 2018, the Department of Veterans Affairs inspector general warned the agency could waste $2.3 billion in payments to “ineligible colleges” during the next five academic years. In the bulk of cases, the payments would go to for-profit universities or bogus schools.

Veteran advocates have lobbied against the loophole for years. In 2019, 37 veteran advocacy groups penned a letter to key lawmakers highlighting the importance of closing the loophole

“Thousands of military-connected students have been significantly impacted with the recent closures of institutions such as ITT Tech, Corinthian, Virginia College, Art Institutes and Argosy Universities. In the last year alone, 1,230 college campuses have closed,” according to the letter. “Closing the loophole will also protect taxpayer funds. Congress designed the 90/10 rules to be a market viability test to protect taxpayers from artificially propping up failing colleges.”

But one veteran group has the opposite view. The Veterans Education Project on Tuesday released a study that found curtailing the 90/10 rule would set up schools to go close and it would put beneficiaries at risk of losing out on access to schools.