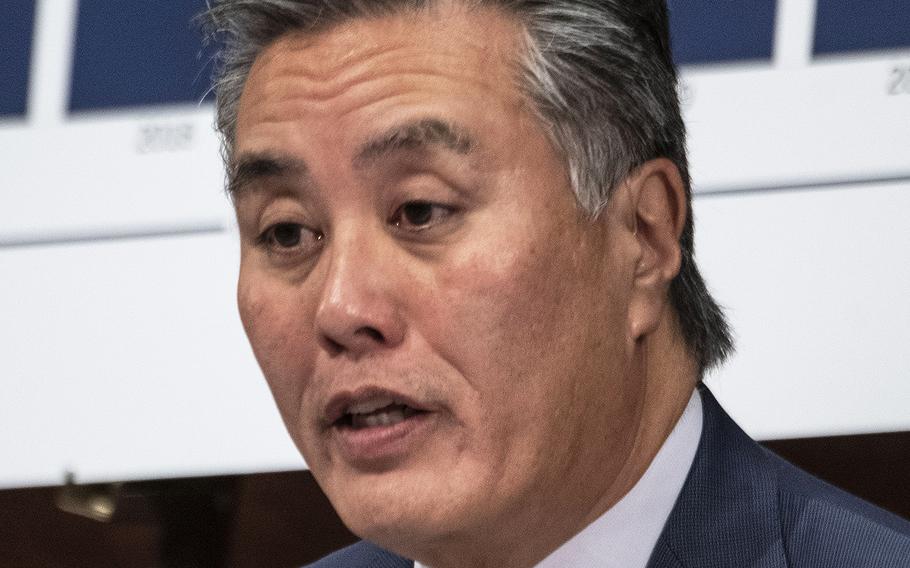 The House Committee on Veterans’ Affairs will investigate the targeted recruitment of veterans by extremist groups, its chairman has announced.

The investigation will dive into the role misinformation plays in drawing veterans toward extremist ideology and organizations, according to a statement from Rep. Mark Takano, D-Calif., chairman of the House VA committee. Few other details were made available on the scope and timeline of the committee’s investigation.

“This committee has taken a firm stance against the targeting of veterans— whether that be by holding predatory for-profit institutions accountable or combating the spread of harmful disinformation on social media,” he said in a statement issued Thursday. “The harm from this particular issue transcends veterans, and taken to the extreme, can threaten the very core of our democracy and national security.”

Veterans or service members made up nearly 20% of the arrests made following the Jan. 6 siege of the U.S. Capitol, but they are only about 7% of the U.S. population, according to a NPR investigation.

Department of Veterans Affairs Secretary Denis McDonough said Thursday that the agency will also look into the issue, but he had nothing specific to announce.

“I also saw veterans on that day, including members of Congress, who were veterans doing remarkable things,” he said during a White House news conference. “I think it's a full picture there that underscores that, basically, veterans continue to play a critical role in the country even after they retire from active duty. And we're very proud of that.”

The House VA committee’s investigation follows a December report that the group released on disinformation shared through social media, initially brought to the committee by Vietnam Veterans of America. The committee report, “Hijacking our Heroes,” found spoofing as one of the primary tools for recruitment used by extremist groups. Spoofing involves disguising an electronic communication from an unknown source to make appear as if it is from a known, trusted source.

“Since last fall, our committee has been working to understand who groups such as the Proud Boys, Oath Keepers, Three Percenters, and others are, where they fit into the broader landscape of extremist and hate groups, and why they specifically seek to recruit veterans into their ranks,” Takano said. “Exploiting veterans is unacceptable, and it’s our job to identify potential means to identify, intercept, and assist veterans who have been ensnared in such recruitment efforts.”

The Defense Department also has announced it is examining extremism among the ranks. Defense Secretary Lloyd Austin announced last month a military-wide stand down to address the issue. During the stand down, the Navy has said it will require sailors to reaffirm their oaths to the Constitution.

The services are expected to conduct the 24-hour stand down by April.