Honor Flight cancels trips to DC because of coronavirus 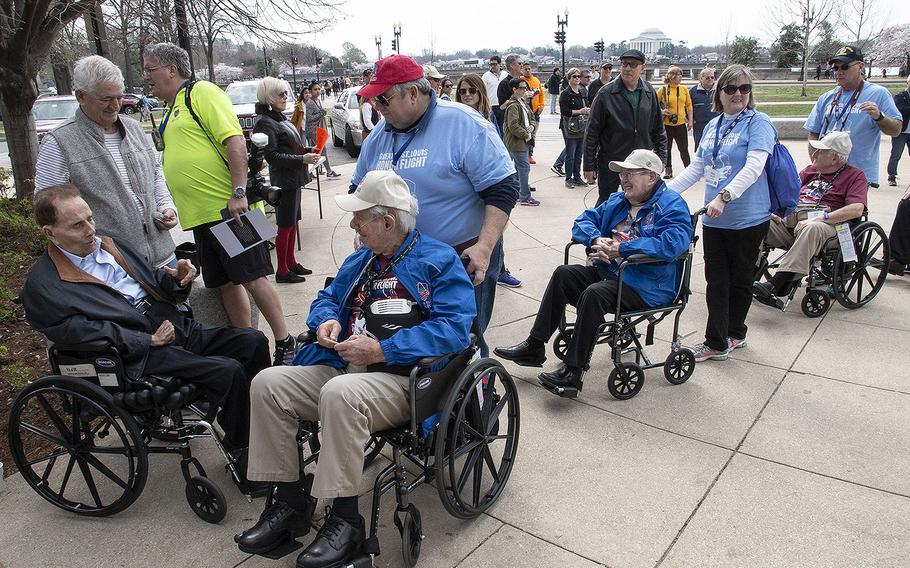 The decision was announced Wednesday, two days after the Centers for Disease Control and Prevention recommended people at higher risk for the disease, including older adults and people with chronic medical conditions, avoid nonessential air travel.

The Honor Flight Network brings veterans from across the country to see the war memorials in Washington. Priority for the flights is often given to terminally ill and older veterans.

“Honor Flight trips are often a once-in-a-lifetime opportunity for America’s veterans, so the organization does its best to keep all trips on time and on schedule,” Honor Flight Network said in a statement. “At the same time, Honor Flight’s highest priority during trips is to maintain the veterans’ safety.”

The group’s board of directors plans to monitor the coronavirus threat and determine if the suspension should extend past April 30. It was unclear Wednesday how many flights would be affected.

Airlines around the world have canceled thousands of flights because of the drop in demand due to the spread of coronavirus, and they’re planning more cuts during the summer.

Besides limiting nonessential air travel, the CDC is recommending for people at higher risk to avoid cruise travel, crowds, and to distance themselves from others and stay home as much as possible.